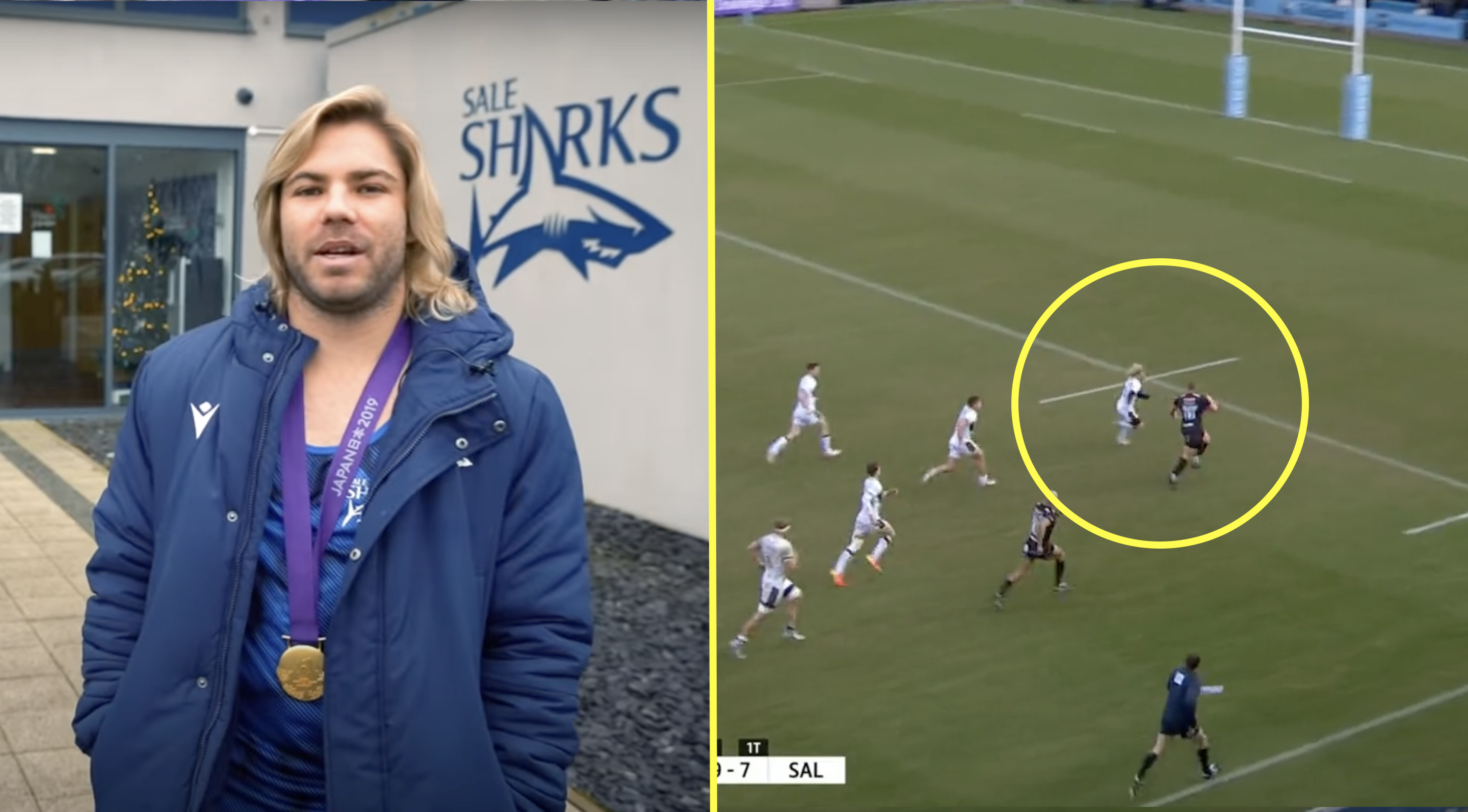 With Antoine Dupont being clearly the best player in the world, let alone scrum-half, there is quite a race for players to be crowned the second best No9 in the world.

Sale Sharks and South Africa’s Faf de Klerk made a pretty good case on Sunday with textbook covering tackle on Exeter Chiefs’ prop James Kenny after the loosehead had broken the line with an audacious dummy.

De Klerk, who had come off the bench, raced back and chopped the 116kg forward down, proving yet again that he is probably the best scrum-half in the world when it comes to the defensive side of the game.

This was not enough to guide his side to the win though, as Sale fell 19-12 and Sandy Park, although de Klerk did help mount a comeback when he came on as the Sharks were trailing 19-0 at half time.

Sale director Alex Sanderson said: “Considering how we pitched up today, I would have taken a bonus point at half-time.

“But you can’t be satisfied with coming away with losing bonus points, or the draw we had last week (against London Irish). We have to be better, and today was a step back in the first half, certainly.

“We had a few changes in the pack and early injuries and a pack with two hookers, and we still looked the better for it. It was pure mentality.

“We said we would measure ourselves by the second half, and we were much more in the fight.