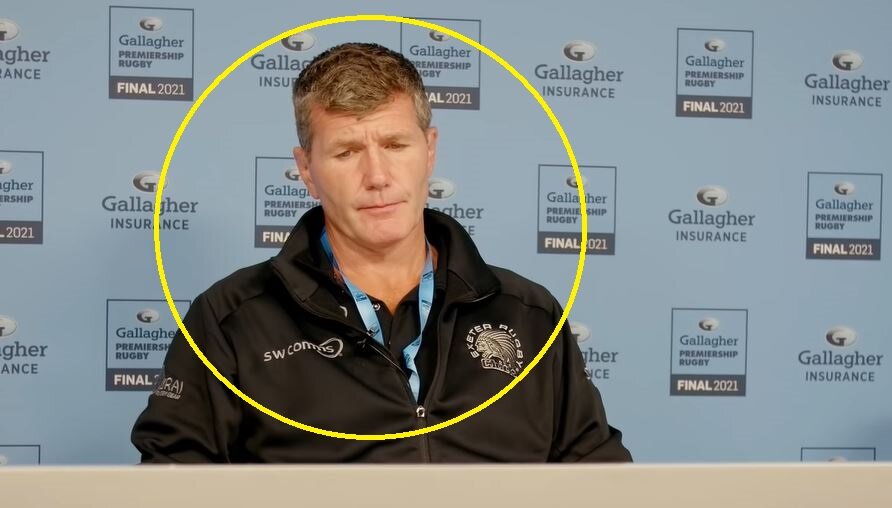 The Chiefs were playing in their sixth successive Gallagher Premiership final, only Leicester have a longer sequence of consecutive finals – nine between 2005-13.

Exeter scored 93 tries in the 22 rounds of the regular season, a new Premiership Rugby record for a 22-round season.

Rob Baxter’s Chiefs have the top three players with the most playing minutes in Premiership Rugby this campaign – Sam Simmonds 1676 minutes, Tom O’Flaherty 1657 and Joe Simmonds 1614.

Jannes Kirsten is Exeter’s good luck charm – the Chiefs have won all 12 games in which he has played.

Since 2002 Exeter have made the long trip east to Twickenham for a first-team game on ten occasions and won just twice, both Premiership Rugby finals against Wasps in May 2017 and October 2020.

Exeter have conceded only 20 second-half tries this campaign the best defensive shift after the break in Premiership Rugby. Conversely the Chiefs scored 58 tries in the second 40 of matches, a dozen clear of next best Harlequins.

Only one full-back scored a try against Exeter this season – Lima Sopoaga for Wasps in January.

There is quite a contrast between players starting with number 9 on their back. Exeter 9s scoring just one try this season (Stuart Townsend), and Harlequins 9s dotting down for 14 tries (Danny Care 12, Scott Steele 1, Martin Landajo 1).

Only 5.4 per cent of Exeter’s points this season have come via penalty goals – the next lowest is Bristol’s 13.6 per cent.