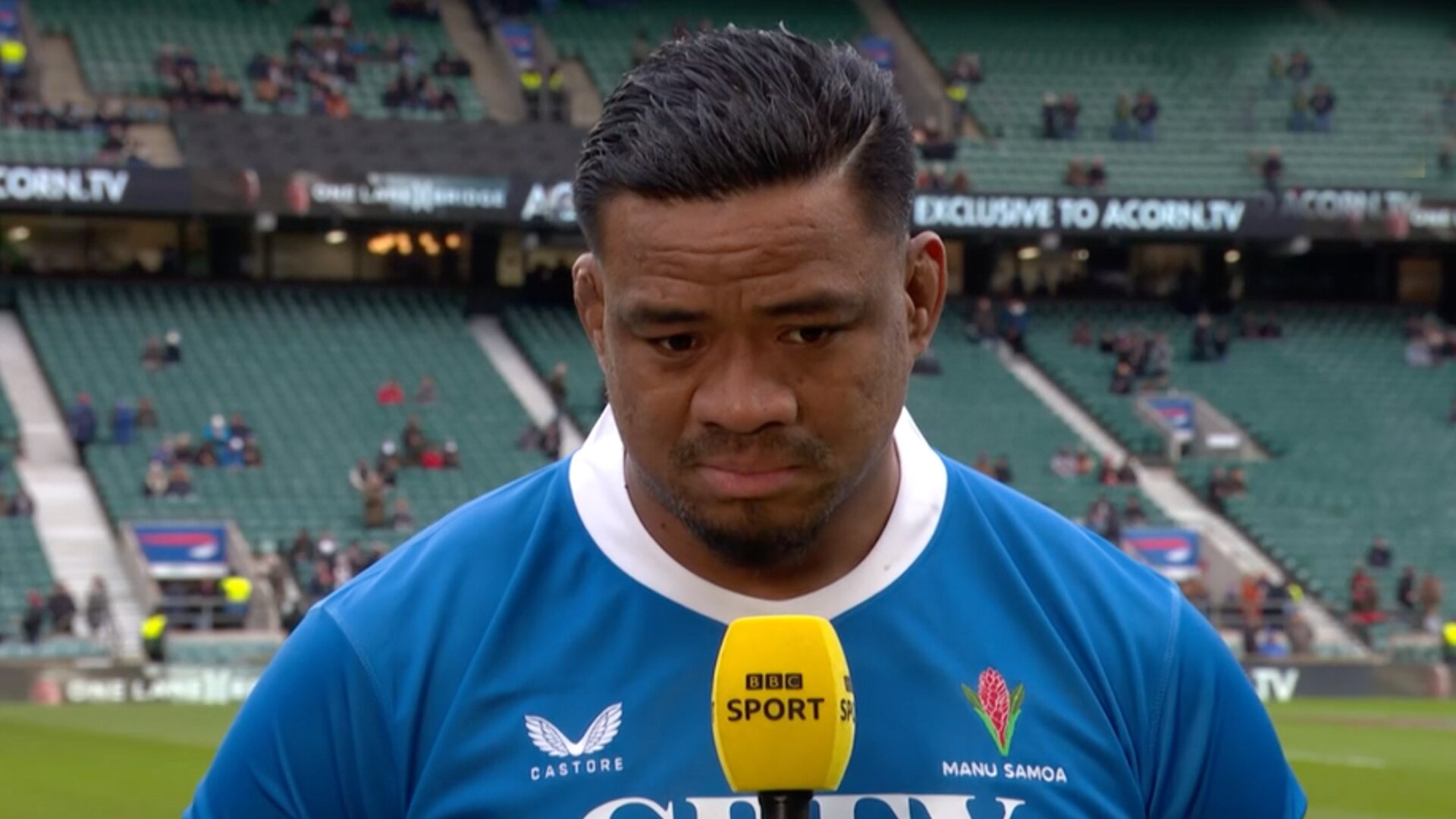 An emotional Joe Tekori understandably was very emotional in a raw interview just moments after finding out that the Barbarians vs Samoa match had been canceled.

The Samoa rugby player was put in front of the media to give his reaction to the news that the game had been cancelled after several Barbarians players tested positive for COVID.

It makes for a difficult watch in a game which would have meant so much for Manu Samoa.

The team came out to sing their anthem in an emotional moment.

Samoa come out to sing their anthem before the cancelled men’s barbarians match. Emotional. Such a shame for fans and this side. Women’s match still on @BBCOne 2pm pic.twitter.com/lTLi77Yd66

This was meant to be the last game for Joe Tekori, which makes this video especially hard to watch as a rugby fan.

This is so tough to watch, poor Joe Tekori pic.twitter.com/EzfOSjOePo