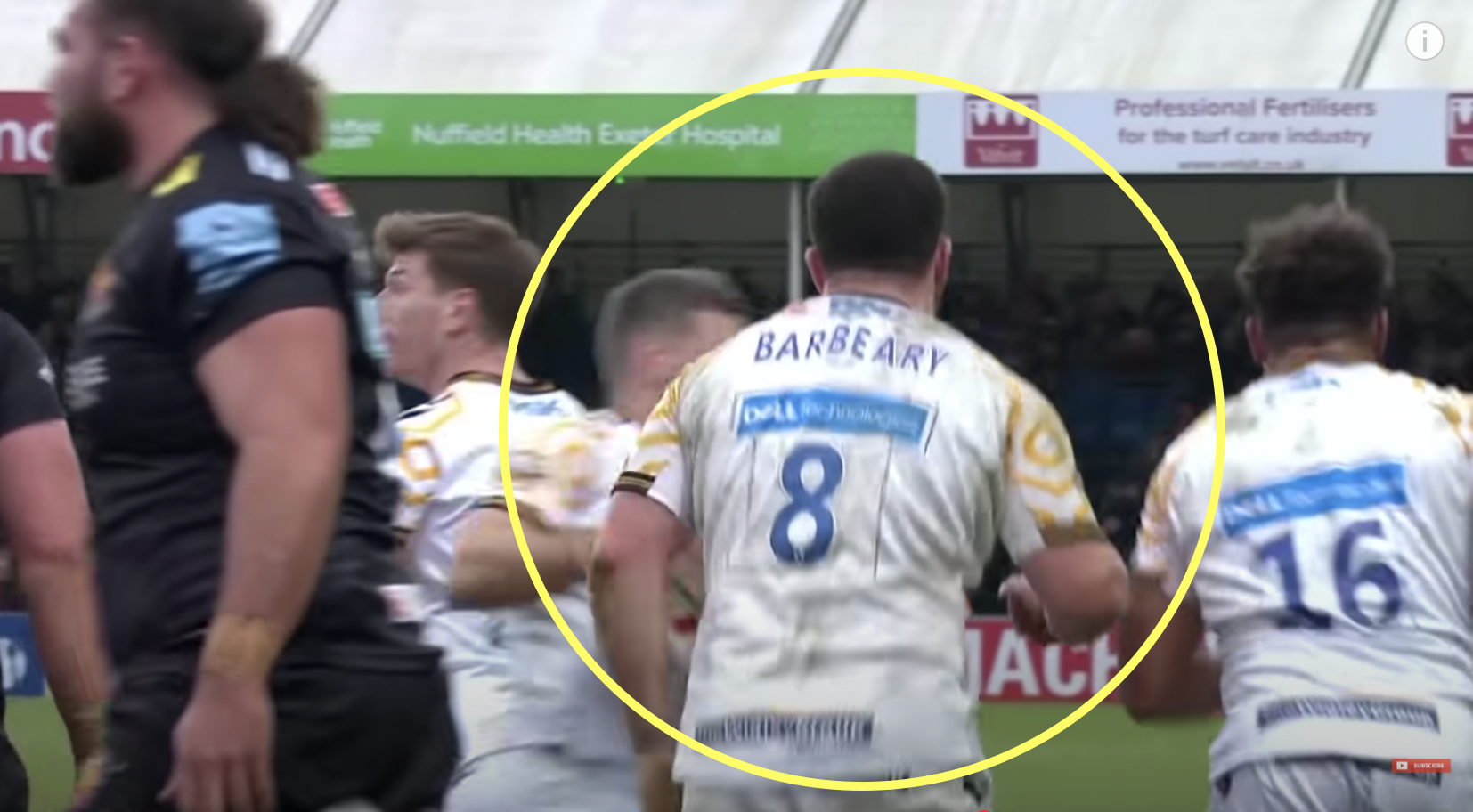 Wasps back row Alfie Barbeary put in a performance against Exeter Chiefs on Saturday of a player who had recently been dropped by England.

Many England fans were expecting the 21-year-old to make his England debut against Scotland in the Calcutta Cup on that day, but instead he was part of a heroic comeback by Wasps at Sandy Park.

Playing at No8, he scored his side’s penultimate try of the game on 78 minutes to make the score 26-22 before a last gasp try by Paolo Odogwu to secure the win. He showed his power for the try, forming a seemingly unstoppable maul with his teammates. Take a look:

However, if the try did not send a message to Eddie Jones, perhaps this stat did: he made the most carries in a match in the Gallagher Premiership this season with 24. The stat was shared by Opta this week, and pretty much sums up the form he is in. If Jones wanted a response from Barbeary, he certainly got it.

24 – Alfie Barbeary made 24 carries against Exeter, the most by any player in a @premrugby match this season and the most by a @WaspsRugby player in the league since September 2018 (Nathan Hughes, 26 v Worcester). Bulldozer.https://t.co/cqWzKyaCWi

The Wasps man is part of Jones’ 36-man England squad ahead of a trip to Rome on Sunday to take on Italy. With England’s blindside from the Calcutta Cup Lewis Ludlam out with a rib injury, the door has been opened all the more for Barbeary. Surely Jones can’t overlook him now.