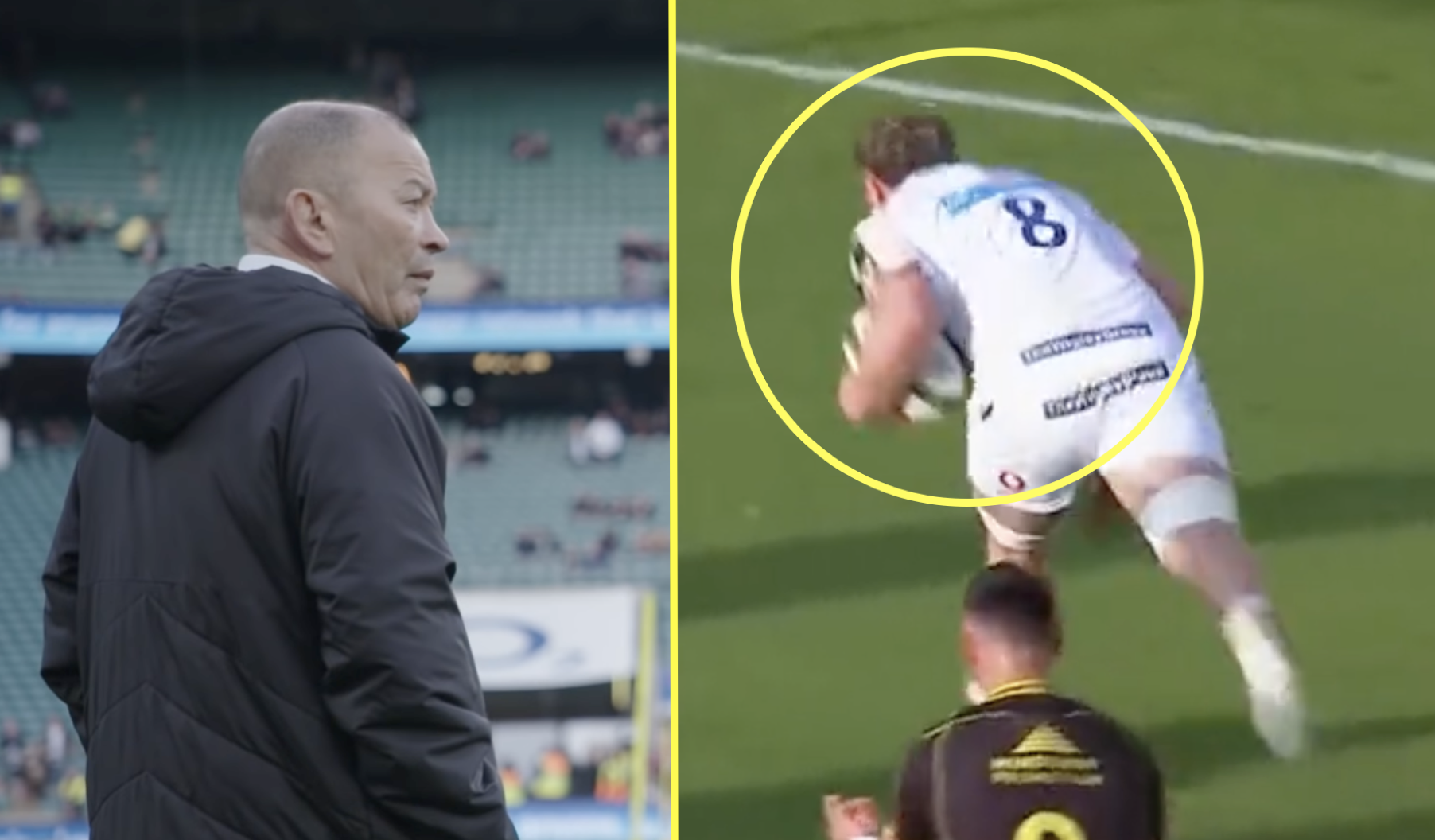 Eddie Jones are you watching? The England No8 debate took another twist this weekend, with yet another player putting their hand up to play against Australia this summer.

This time it was Wasps’ Alfie Barbeary who made a statement after Zach Mercer last week. The 21-year-old Wasp bagged a hat-trick against Biarritz on Friday to help secure a place in the Challenge Cup quarter-finals.

This was not simply a pick and go hat-trick either. He showed great support play for one, explosiveness from the back of the scrum for his second, and some brute power for his third.

Having been part of England’s Six Nations squad this year, Barbeary did not earn a cap in the end. However, performances like this mean Jones simply has to cap him soon or he will just anger fans more and more.

This is what Wasps head coach Lee Blackett said after the Six Nations with regards to Barbeary’s lack of playing time:

“Alfie is someone that likes to play. If you had told me before he would spend the whole time in the camp and didn’t get a game I’d be a bit worried about it because he can easily be frustrated. Actually, he has come back really positive. He has learned loads of things, he is a great condition coming back. He has obviously been a bit back-and-to but he has spent the majority of the time there and being in camp as well on and off the field has been good for him.

“Look, ideally he’d be playing but just in terms of how he is, the condition he is in, no I have not got any concerns.”

Take a look at his tries: