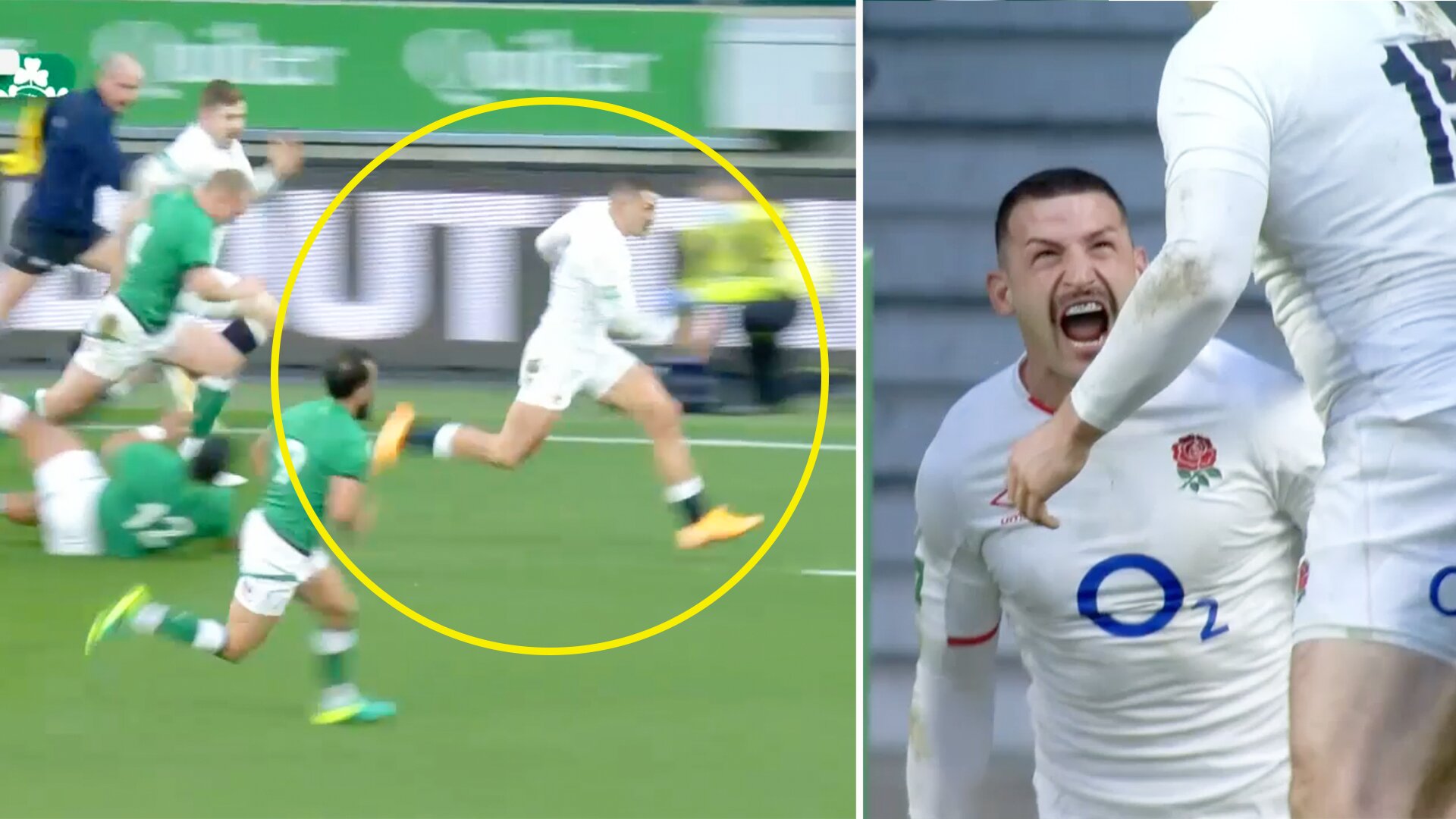 Jonny May has scored one of the great individual tries this afternoon in the Autumn Nations Cup against Ireland.

This was the Gloucester winger’s second try of the day which drew him level Will Greenwood in the all-time try-scoring charts for England.

May had already scored off of the back of an Owen Farrell cross kick earlier in the half.

This was May’s first score in which he launched himself high in the air to out-jump Irish winger James Lowe.

@J0nnyMay collects a cross kick to open the scoring for @EnglandRugby

The opening ten minutes of the half was to put it simply, savage – with both sides bringing a massive level of intensity to Twickenham.

After the men in white absorbed much of the early onslaught from Ireland, they started to work their way more regularly into the opposition half and the gaps started to open up.

On the 20th minute of play, England saw pace out wide and that’s all that Jonny May needed for one of the great Twickenham tries.
Watch the phenomenal length of the field score, below

Fans on Twitter were raving about the incredible solo effort from Jonny May.

I think the chicken noises in Jonny May’s head were clucking ten the dozen on that run! What a try for @EnglandRugby!!

That try deserved 82,000 people at Twickenham screaming & clapping him over the line ….Jonny May take a bow

What a shame Jonny May scored that try in an empty Twickenham. That would of took the roof off #ENGvIRE

The in-out from Jonny May there to sit down Farrell on that second try was a thing of beauty!

Jonny May is me running to McDonald’s when it’s open.