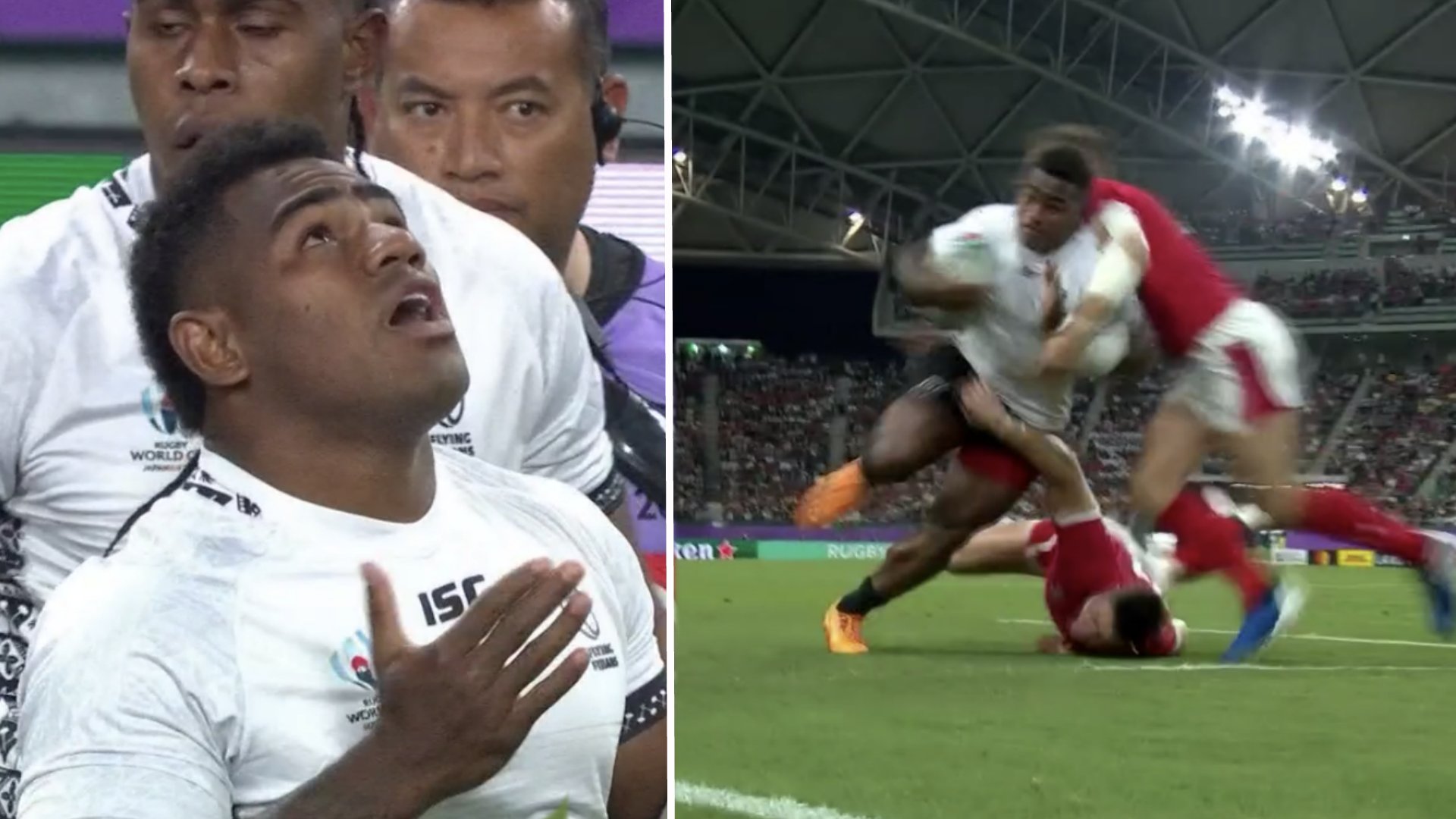 What a game we have as Fiji and Wales clash here. Fiji took on Wales in a game that they knew wouldn’t get them through to the quarter-finals, but a game they knew could instil some pride in the jersey after a shock loss to Uruguay. This shot here sent the Welsh into orbit! Josua Orbit Tuisova is his new name.

Before the game, the Fijians looked to be right up for it with an intense Cibi which seemed to have more bite than their previous ones.

CIBI! Crowd cheers as @fijirugby perform an intense Cibi ahead of their match with Wales #WALvFIJ #RWC2019 pic.twitter.com/dSubBp6hW1

And we were right because the Fijians came right out the blocks with some ferocious attacking play. Honestly, haven’t seen them play like this since the first half of the game against Australia, and we love it!

The Fijians beat Wales in the 2007 World Cup and since then Welsh fans have always been wary of the danger that this team pose to their chances.

We love a good cheeky meme at Onslaught. Now we have to show you this score by Fijian power winger Josua Tuisova.

The Toulon back has made a name for himself in the Rugby World for his massive hits and powerful running, and this was vintage Tuisova. He absolutely SMASHES Josh Adams into orbit on the first hit before dotting the ball down in the corner.

Fiji, when they play like this, is a pure joy to watch, it’s just pure power rugby and we can’t get enough of it!

Take a look at this try from Tuisova, pure carnage!

Here it is. There is also a GIF of it below the clip.

Here is the GIF as well in case you can’t watch that.

Sending players into orbit is Tuisova’s trade and we absolutely love this from him. Orbit by name, orbit by nature. Or something like that.