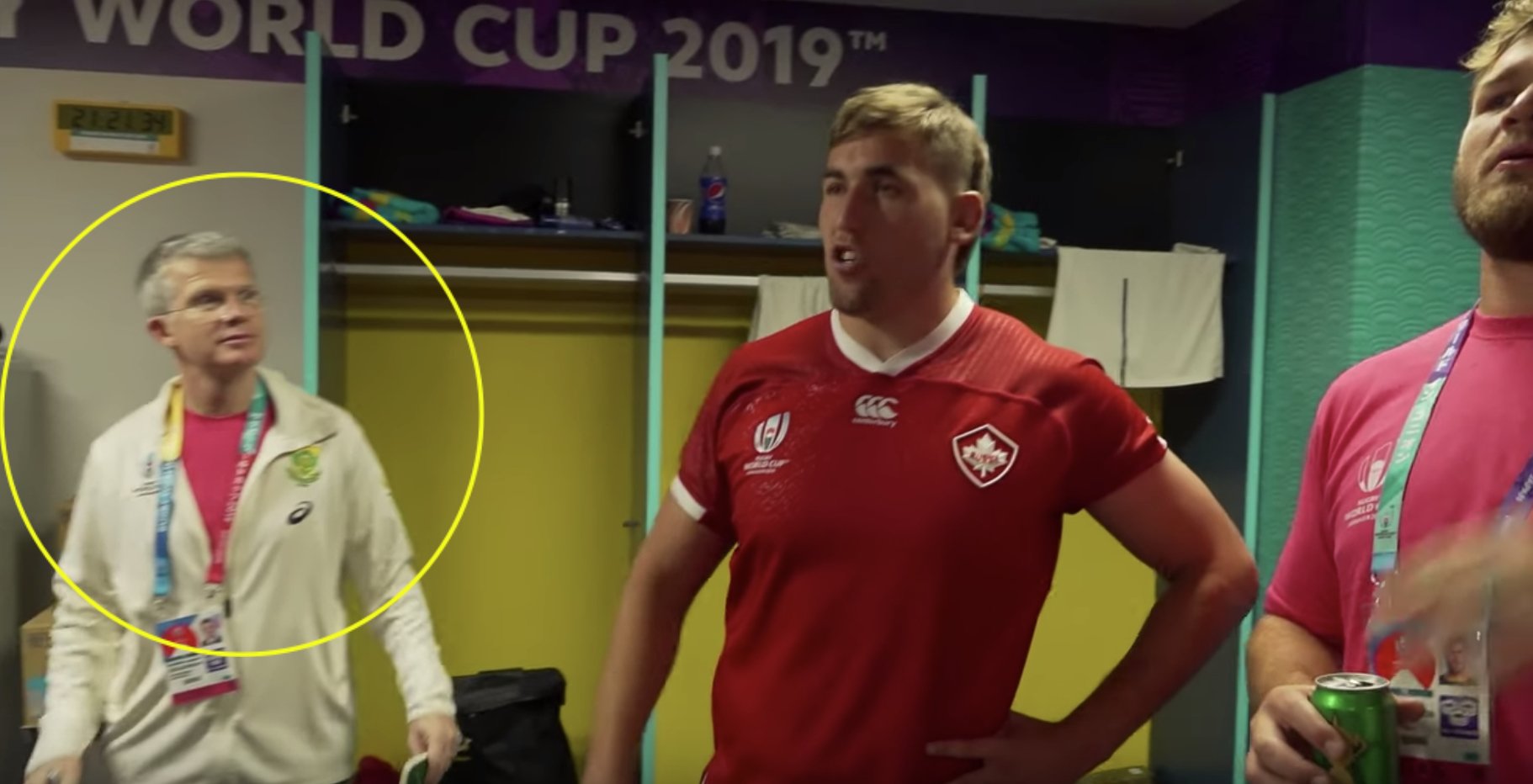 This is why the World Cup is brilliant. Yesterday Canadian lock Josh Larsen was sent off after he committed quite a nasty high challenge on South Africa’s Thomas Du Toit. This incredible act of humility straight after the match really signifies the power of rugby, you just would not see this in other sports.

Just before half time in the match between South Africa and Canada, the lock was given another red, one of the numerous cards that has been given this tournament here for poor tackles.

Here are two screenshots of the challenge. As you can see the challenge was pretty nasty, clear red. It’s not the challenge itself which has got the headlines today though.

It’s what the lock did straight after the match which has got the headlines. The Lock actually went to the changing room of the Springboks after the match and individually apologised to the men in green for his challenge. An incredible act of humility which you just wouldn’t see in other sports.

Canada have been a class act at this World Cup even if they have struggled to perform on the field.

Watch this clip of him here, possibly the most Canadian thing ever.

Springbok Sevens captain Philip Snyman has announced his retirement from all rugby following a career-ending back injury.

The 32-year-old three-time HSBC World Rugby Sevens Series champion ends his international career for the Blitzboks as South Africa’s most successful captain, leading his country to two World Series crowns and a bronze medal at the Rugby World Cup Sevens in 2018.

Snyman, who debuted for the Blitzboks in 2008 and was part of the historic squad who won their first World Series title that season, also was an Olympic Games bronze medallist in 2016. humility humility humility

In all, Snyman played in 62 World Series tournaments and 276 matches for the team, scoring 69 tries and 15 conversions for a total of 376 points, while he captained the side in 28 tournaments. He represented South Africa at the Rugby World Cups in Dubai (2008), Moscow (2013) and San Francisco (2018), making him the only Blitzbok to play at three RWC7s tournaments.

“Philip’s ability to bring the best of out the Blitzboks was only one of his wonderful strengths as a captain,” said Mr Alexander.