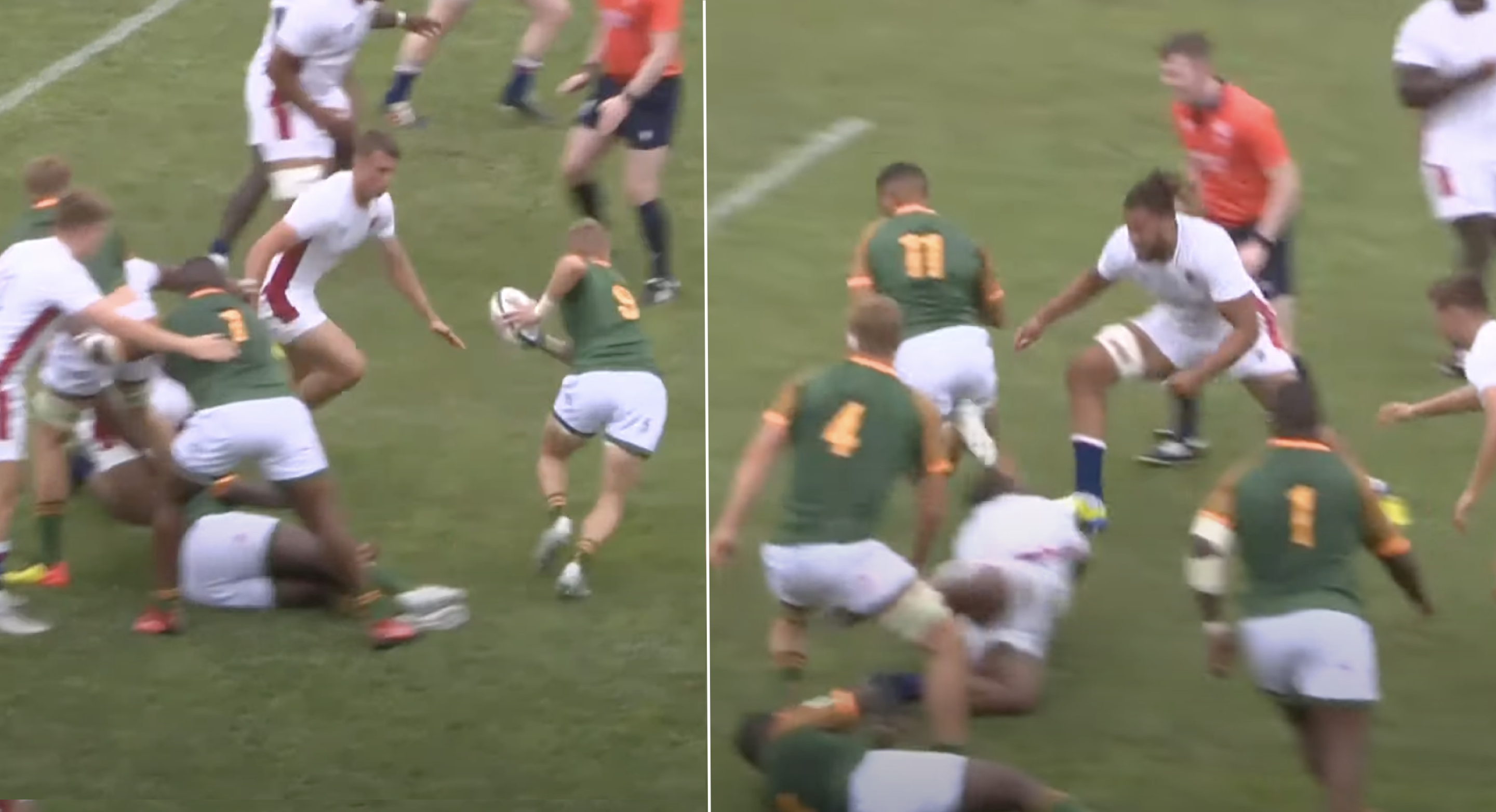 If this was a preplanned move, fair play to the Junior Springboks, because they cut England in half on their way to a 30-22 victory on Friday night in the opening match of the Under-20 Six Nations Summer Series in Verona.

The move of a scrum-half drifting wide from a ruck and then popping the ball inside to an onrushing player is not new in rugby, it has be done plenty of times before. However, it has not been done in the way the Springboks did it.

England might have been able to read the move when Boks No9 Nico Steyn started to drift wide with winger Suleiman Hartzenberg began to rush up inside, however, they would have thought the move was closed down when Steyn had his back to the player inside him. However, a quick jump and a through-the-legs pass remedied that immediately, and saw Hartzenberg slice through England’s defence. To top it off, the ball was then passed back to Steyn, who was able to work into England’s 22, although nothing came of it.

“We are happy with the win because England are a quality side,” said Junior Boks head coach Bafana Nhleko.

“They are physical but we knew what would be coming, however, we pride ourselves on our physicality and our forwards laid the foundation for a good win.”

“You could see it was our first match because we looked rusty at times,” explained Nhleko.

“However, we are happy with the victory, and we do realise there’s a lot of work to be done before we play the two teams who finished first and second in the U20 Six Nations this year.”

Captain Sacha Mngomezulu said: “Playing against the wind in the first half and going into the lead at the break with an advantage gave us a huge lift.

“We will enjoy the win, not get carried away and get straight into preparation for Ireland, who are the Six Nations’ top side.”