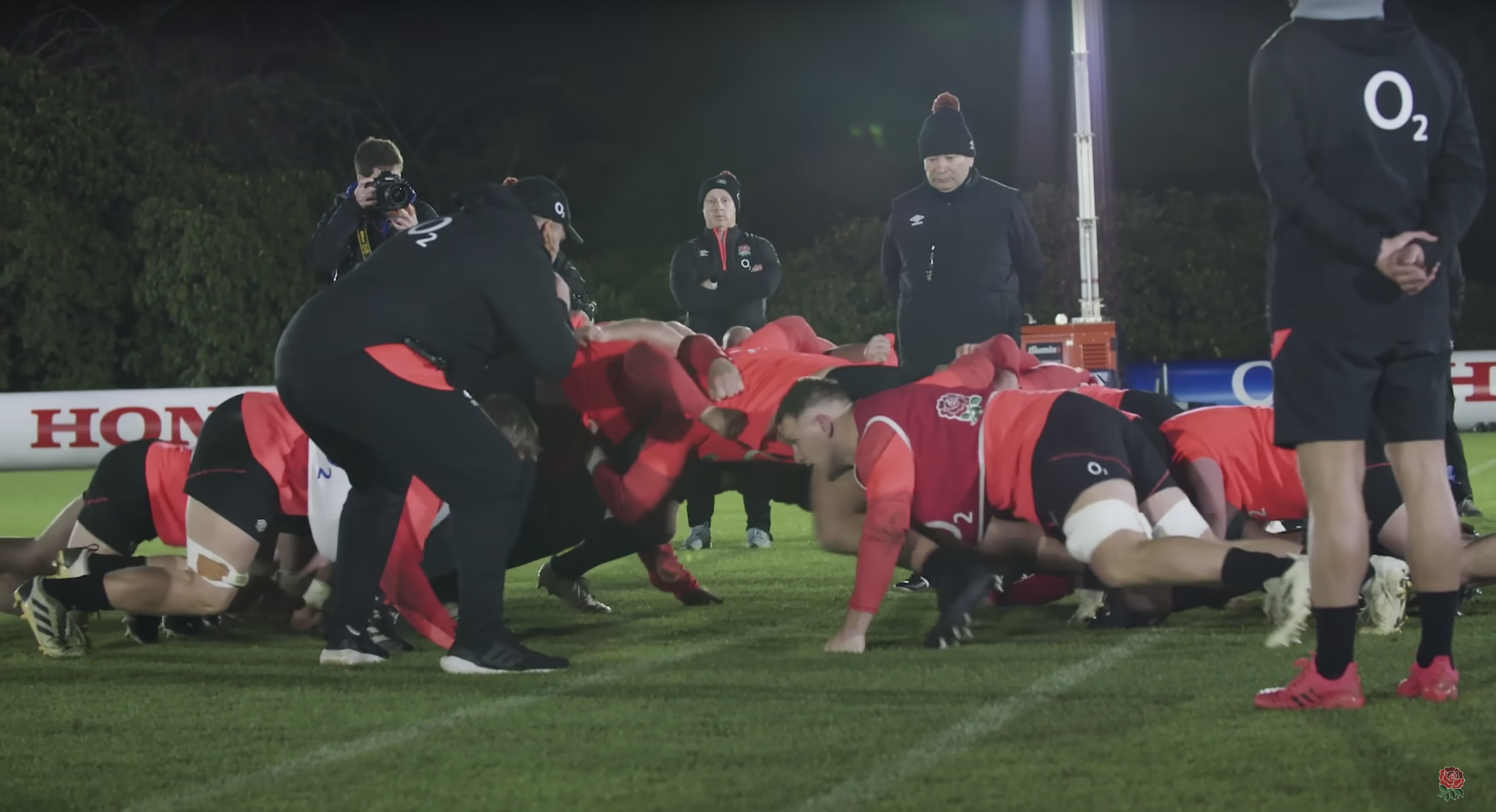 With still over a week left until England host Wales at Twickenham in round three of the Six Nations, it is still unclear who will and won’t be fit and who will make Eddie Jones’ squad this week, but there have been some hints online.

Some training images shared by England rugby may have provided some clues as to what Eddie Jones’ starting pack may look like.

A photo of the forwards doing lineout practice showed Tom Curry, Maro Itoje and Kyle Sinckler all in white bibs, who most England fans would deem are guaranteed starters. However, Wasps’ Alfie Barbeary was in a white bib as well, which could suggest the 21-year-old loose forward could be in line for his debut.

Leicester Tigers lock Ollie Chessum is in a white bib as well, which could also mean that he is set for his first start after making his debut against Italy. Jones has not been able to settle on a lock combination this Six Nations, and has even sent Nick Isiekwe back to Saracens. With Joe Launchbury and Courtney Lawes nearing fitness, the 21-year-old Leicester man could be thrown in.

It is worth nothing that Marcus Smith was wearing a red bib in these photos, and he is a certain starter. Nevertheless, this lineout practice was probably completely separate to what the backs were doing, so Smith’s bib should not have much of a bearing on how the forwards line up.

These are just small clues, but this is a move than many people have wanted recently, as Barbeary has looked in terrific form for Wasps since coming back from injury. England looked shy of a few strong ball carriers against Scotland in round one, and the Wasps man undoubtedly ticks that box.

It is unlikely that anyone who has watched the Gallagher Premiership this season would sniff at the thought of a back row of Barbeary, Curry and Alex Dombrandt. Maybe in an ideal world Sam Simmonds would be in there, with Barbeary on the bench, but if the Exeter Chiefs man is still out with a hip injury, this is a handy second choice back row. Jones has experimented with a Simmonds-Curry-Dombrandt combination this Six Nations, but he may see Barbeary as a more natural No6.