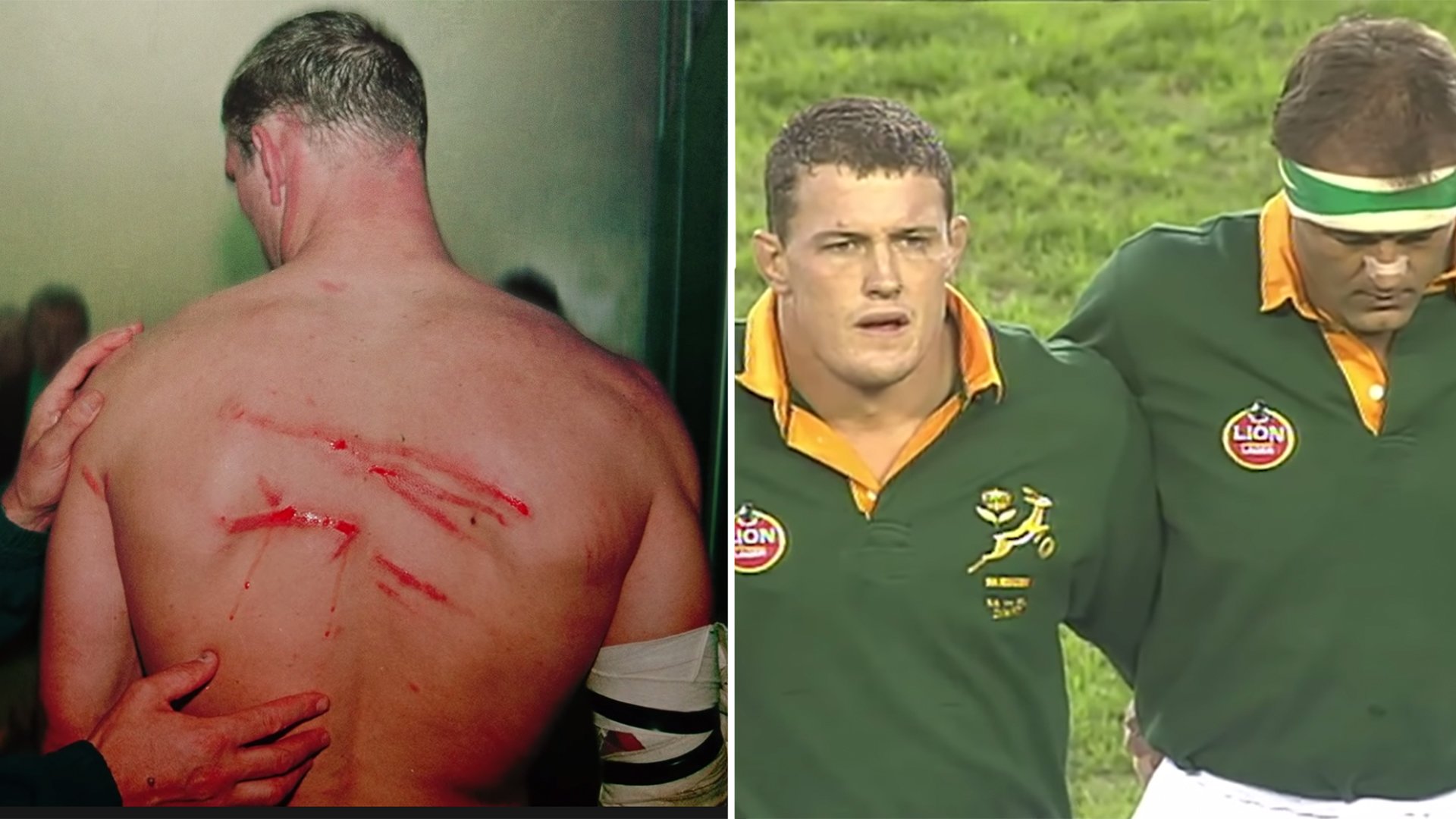 England and Lions legend Lawrence Dallaglio has spoken about just how brutal the Springbok tests were in 1997 tour of South Africa.

In a video interview with RugbyPass, the World Cup-winning back row spoke openly about how good the iconic tour was of South Africa, saying that it was a better rugby experience than the World Cup win in 2003. Big claims from the man!

In the video interview with Jim Hamilton, Dallaglio also disclosed how he and his teammates were intimidated by the size of the South African rugby stars during the tour.

In 1997, rugby in Britain was still amateur, while in South Africa players were officially professional. This meant the players had more time to spend in the gym working on their physicality.

RugbyPass live-streamed the entirety of the 1997 Lions Tour on Sunday.

In the video, Lawrence Dallaglio spoke about how he was amazed at some of the Springbok rugby players back in 1997.

Speaking to RugbyPass he said.

It hit me very clearly then that the game had been professional in South Africa for a lot longer than it had been in England. Just the physical size of the players there even in the backs. Nowadays there’s more of an even spread in terms of players having caught up. But in those days you just looked at South Africans and thought, ‘oh my word’, I mean they are just big guys and big men. Not just big as in tall you know, but big, just huge people.

In the video here, you can see Dallaglio talking about how physical the tests actually were.

He also spoke about how if you wanted to win a Springboks test in the future against the Springboks then you have to stand up to them physically, otherwise, you’re going to have a very bad time of it.