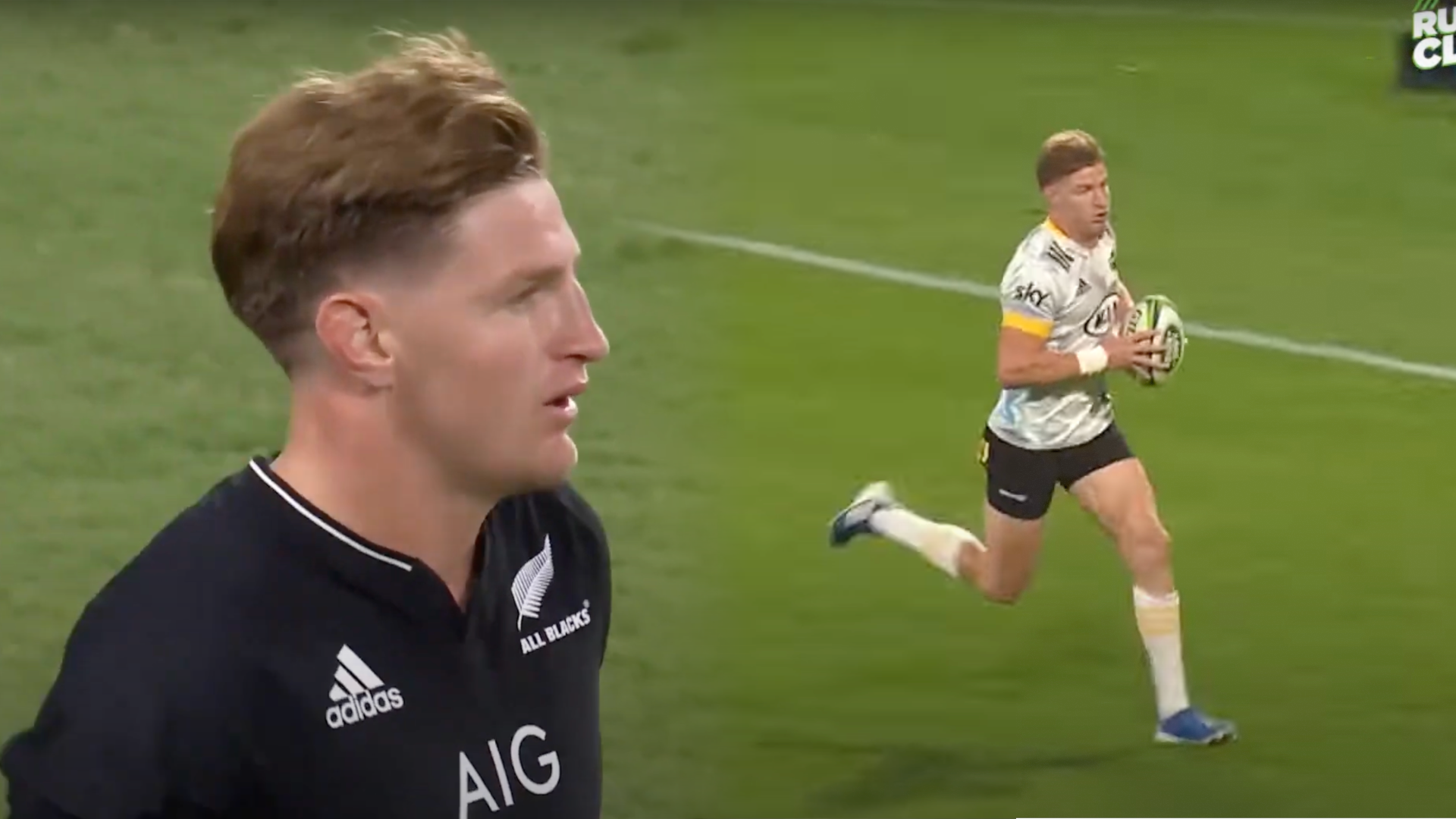 The decision by Hurricanes boss Jason Holland to move Jordie Barrett to No12 two months ago was a bold one, but it paid off in many people’s eyes.

Now it has gone one step further with All Blacks World Cup winner Mils Muliaina calling for the 25-year-old to start there for the All Blacks in July when they take on Ireland.

Speaking on The Breakdown recently, John Kirwan was shocked by this and asked the All Blacks centurion to explain why he has made that call. He then made quite a compelling case for Barrett to move from the back field into the midfield, listing the stats that Barrett leads Super Rugby Pacific in this season, or is at least very near the top.

“I’ll tell you why, because out of the top 20 things,” the former Blues and Chiefs fullback said. “He is in the top 20 for four different things. He’s the top in terms of offloads, he’s second in terms of carries, in terms of his kicking metres he’s third, post contact metres he’s seventh. So you can’t leave him out because the fact is he was doing that after moving to No12 from No15, and I like the fact that he’s in a struggling team. That’s when guys really step up. All Blacks, incumbents, step up. Will Jordan is just in a class of his own at the moment, he’s just carving up, so I couldn’t leave him out, he goes to the back. Barrett moves to No12 because, when I look across the board in terms of all out No12s, I don’t think there is a standout out and out No12 that will go ‘hey, bang, I deserve to be picked.'”

Before any of the Hurricanes’ All Blacks start to focus on July, they have a job at hand in Super Rugby, where they travel to take on the Brumbies this Saturday in the quarter final.

Take a look at the discussion: