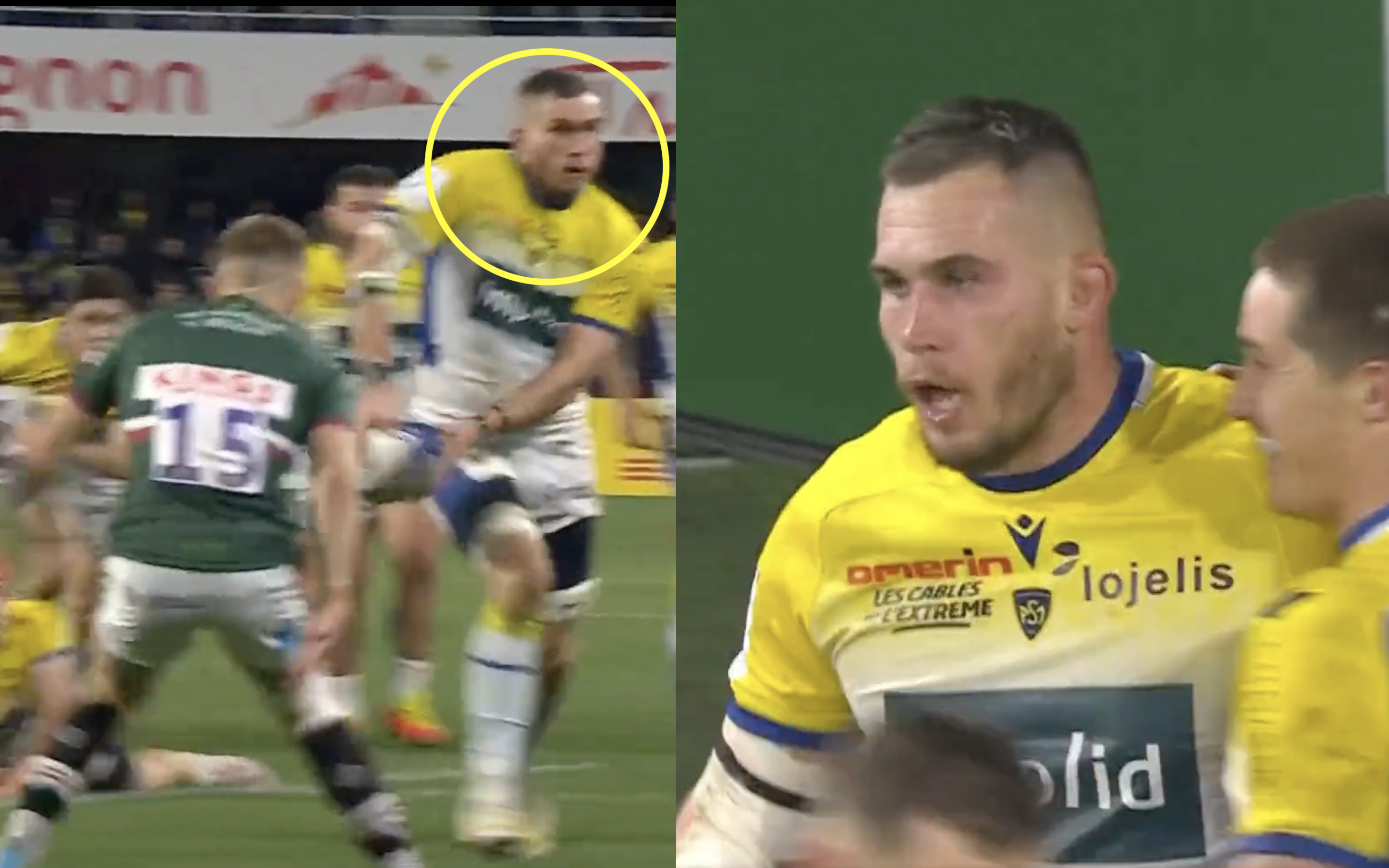 After beating ASM Clermont Auvergne at the Stade Marcel Michelin on Friday night in the Heineken Champions Cup, some Leicester Tigers players probably thought that some of their mistakes would be forgotten.

That is usually true, but some cannot be forgotten so easily- particularly when a fullback fails to lay a finger on a 6’6″, 115kg lock. That of course happened to Charlie Atkinson, who, when one on one with France international Paul Jedrasiak, bought a dummy so completely that he failed to even get within a metre of a lock.

In Atkinson’s defence, Jedrasiak did have plenty of options outside him, and the pass would have been the correct option. But always, always assume that a tight five forward is going to opt for the direct route, regardless of how deceptive their hands are. Atkinson is an example of someone who did not, and it does not usually end well for them. Take a look at the try:

The Tigers went on to win 44-29 in the end, leaving them undefeated in this year’s European competition. A handsome win over the Ospreys at Welford Road this weekend could also mean they top Pool B.

Leicester head coach Richard Wigglesworth said after the match: “I spoke to the players about coming here last year and winning, and how brilliant that was, but I think this certainly tops that.

“I felt there was a performance coming from the side and we started brilliantly. There was a great energy about us, and it snowballed from there.

“We fought and scrapped for everything. We were far from perfect but what was perfect was our desire.

“We weren’t favourites to win it and the margin of victory is irrelevant because it could easily have gone the other way.

“We done it tough because we’ve had a really small squad, but the lads have fought hard, and they deserve knock-out rugby.”