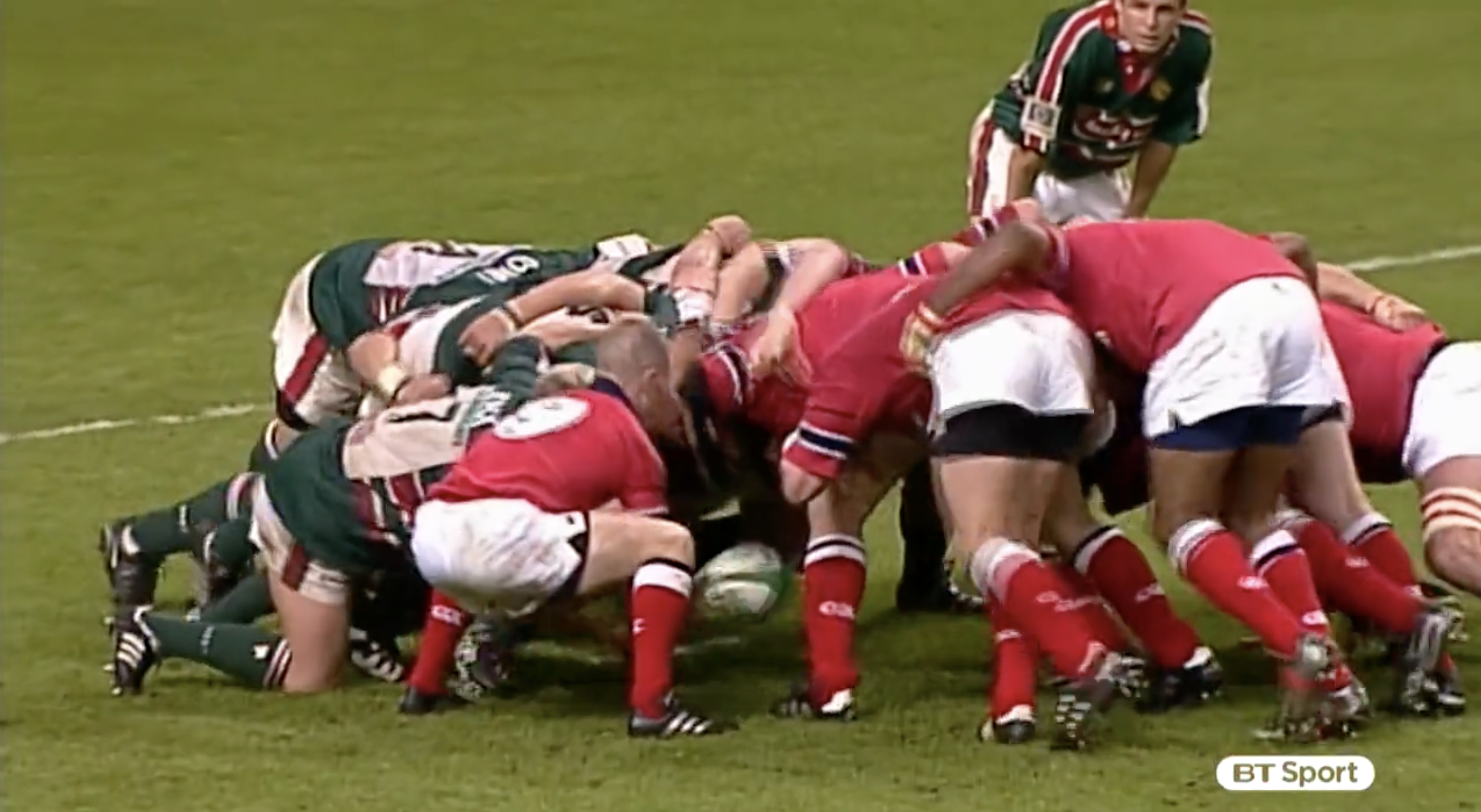 Yesterday marked 20 years since Leicester Tigers won the Heineken Cup against Munster at the Millennium Stadium.

It was the Tigers’ second European title in as many years, and was the last time they lifted the trophy, but the final has been eternised by the ‘Hand of Back’. This came in the dying embers of the final, as Munster had an attacking scrum while Leicester led 15-9. As Peter Stringer put the ball in, openside Neil Back tapped the ball onto his side of the scrum without any official noticing, and the rest is history.

However, Back clearly remembers events differently, replying on Twitter: “Hmmm, not sure about that.”

Hmmm, not sure about that @IamAustinHealey 🥳

This was something that Back reflected on soon after the final, where he said: “In a way, I wish I hadn’t done it.

I have to be honest about it. I don’t like people thinking I’m a cheat. I don’t want that slur. I’m not a cheat. I had a lot of mail over that incident, mostly negative. There were letters saying I was a cheat, some of them from Leicester fans, which was a bit hurtful.

If people wanted to make me feel bad about what happened, they have. That’s disappointing and I know it upset my wife, Alison. If I thought there was any possible way of redressing it, I would consider it. I regret it because I don’t like to think that, because of that one incident, there are people who think I’m a cheat.

It has tarnished my reputation. In making any judgment, I would hope people will evaluate me over my whole career and not label me on that one moment. It happened spontaneously. I weighed the options up in a split-second and did what I did.”