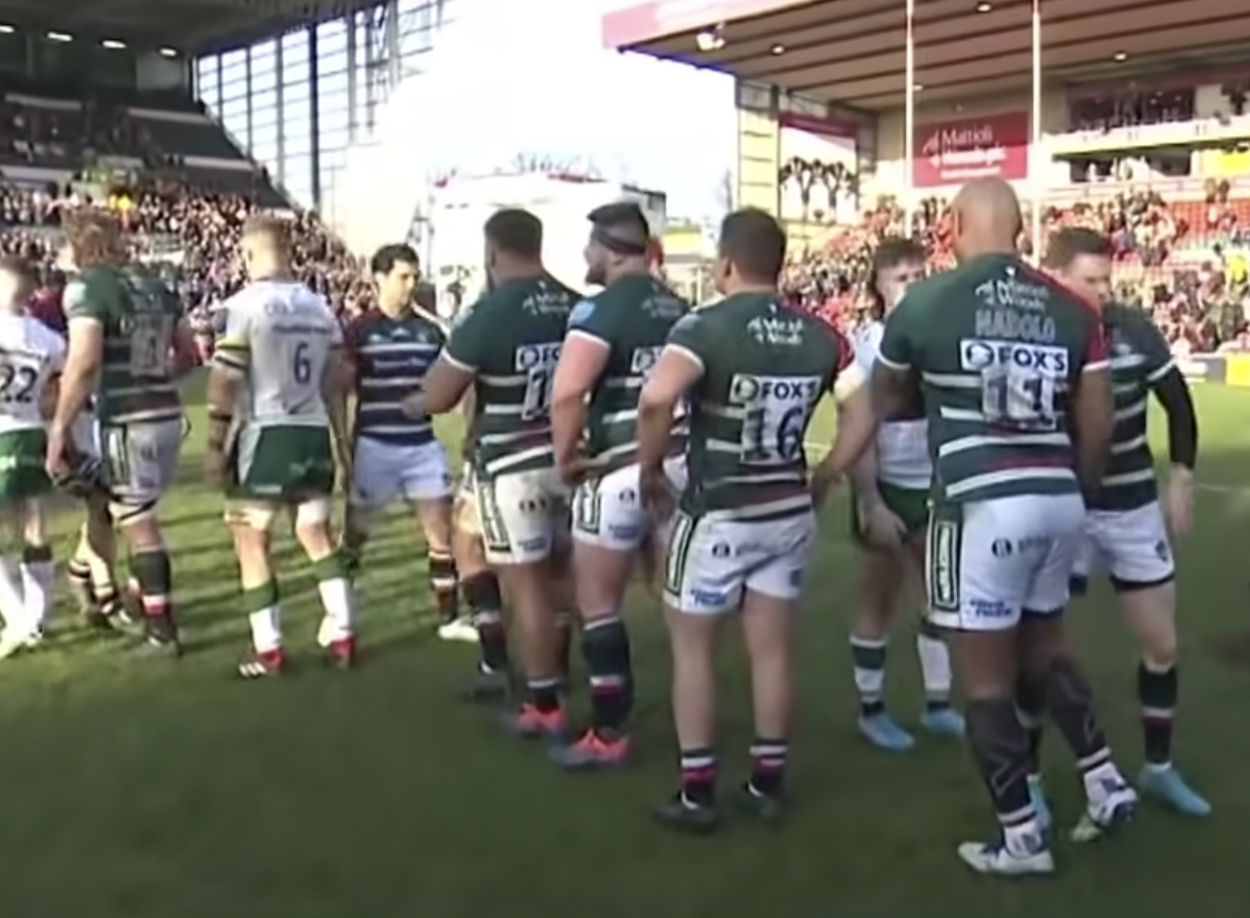 Putting in a man of the match performance for Leicester Tigers at the weekend against fellow Gallagher Premiership rivals London Irish was obviously not enough for winger Nemani Nadolo this week, as he sought a little extra training.

The Fiji wing Tweeted on Tuesday afternoon “Anyone know if Melton Mowbray rugby club is training tonight?” which might have left Twitter in a buzz. It may be the fact that Leicester are playing Newcastle Falcons in the Premiership Rugby Cup this weekend and he will probably be rested; it might be that he was not satisfied with his two tries at Welford Road, but the 123kg international clearly wanted some extra training.

He ended up training with Birstall Rugby Club who sit in second place in Midlands Three East North, the eighth tier of English rugby, in what is surely one of the coolest stories this season. He Tweeted on Tuesday evening: “Manage to get down to @BirstallRFC for a run tonight. Thanks for letting me join in your session. The fitness at the start got me good. #burpees #grassroots #rugby“

The 32-cap Fiji star even said he and his partner were “setting the pace…. From the back” during the fitness.

Nadolo later responded to former Wales international Lee Jarvis, who saluted his support of grassroots rugby, saying “Reminds me why I play the game in the first place Lee.” Nadolo was even invited to another training session today, but he had to decline, saying “I think the knees will need to rest up after tonight but thanks for the invite.”

The winger was already a hugely popular figure in Leicester, but his popularity has only grown after this.

This little session may have been what was needed for the 6ft 5in powerhouse on the wing as Leicester head into the closing stages of the season. The Tigers sit comfortably at the top of the Gallagher Premiership, and face ASM Clermont Auvergne in the last 16 of the Heineken Champions Cup.