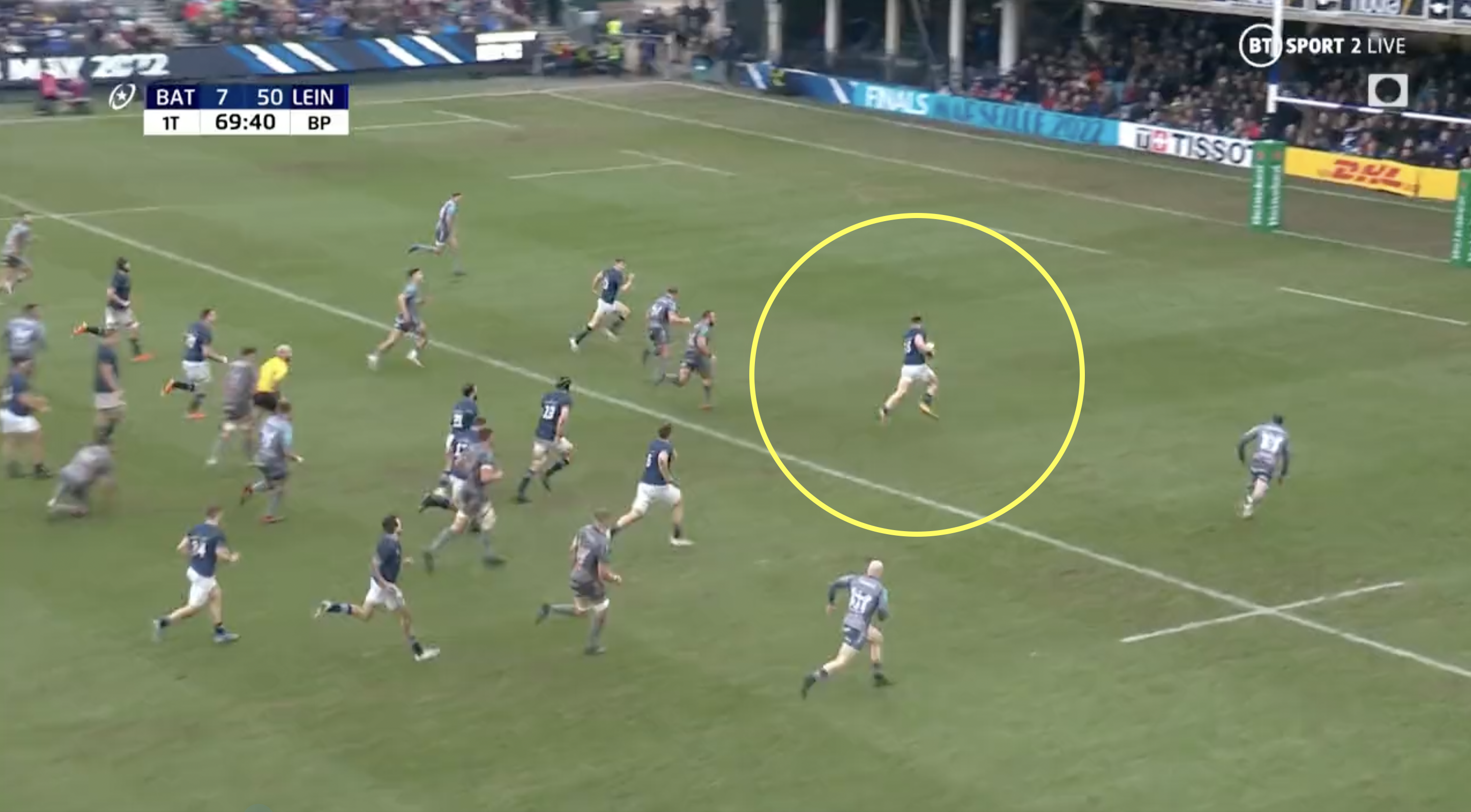 Leinster achieve genuine rugby perfection with this try against Bath

There were plenty of standout moments in Leinster’s 64-7 demolition of Bath at the Rec in the Heineken Champions Cup today.

The try was scored by substitute hooker Dan Sheehan, who scored a similarly impressive try against Montpellier last week. The try was straight from the training paddock, as Leinster simply had Bath running around in circles trying to stop them.

When Leo Cullen went to bed last night, he would have been dreaming of a move like this coming off as everything went to plan. One phase after a lineout, Sheehan was slicing through the middle of Bath’s defence with the help of a nifty pass from Jamison Gibson-Park to rub salt into the host’s wound.

With a combined score of 153-14 over their last two games in the Champions Cup, it is safe to say Leinster are at the top of their game and one of the favourites to win the competition altogether.

Immaculate timing on the run from Dan Sheehan, the set-piece worked to perfection 🤝