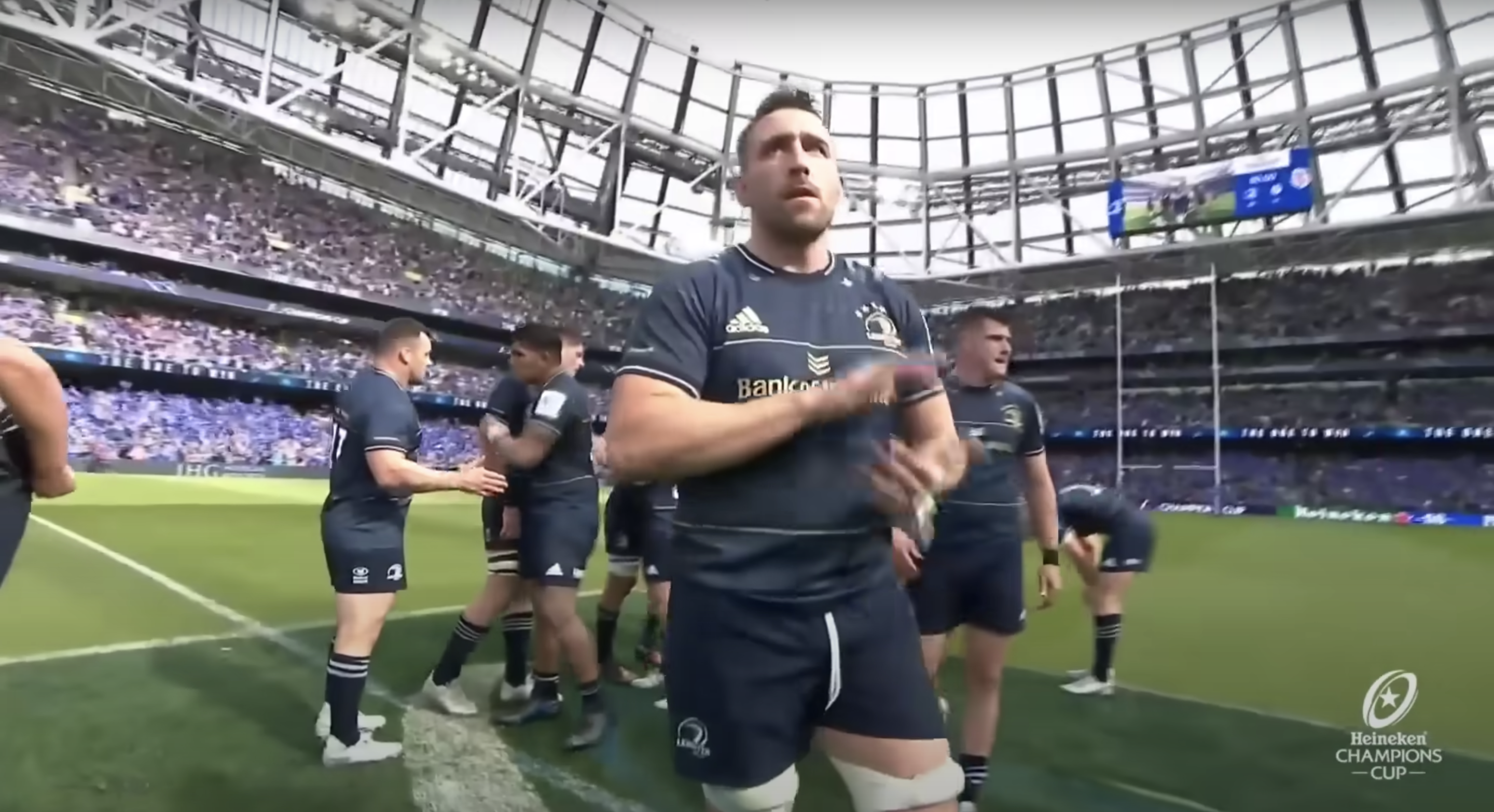 With Leinster sweating over the fitness of two of their star players, Tadhg Furlong and James Lowe, ahead of the Heineken Champions Cup final tomorrow against La Rochelle, they shared a video yesterday that may fill fans with some optimism.

The four time European champions shared a video of their players getting off the team bus in Marseille, and shows both Furlong and Lowe part of the squad. The tighthead prop has had an ankle injury while the winger has had a shin injury, and though Leo Cullen confirmed that they will increase their training load this week, there have been doubts over their availability.

Unfortunately for Leinster fans, the pair may have travelled with the squad in the hope that they will be fit, so this is certainly not a confirmation that they will play any part of the match at the Stade Vélodrome. The two would be a huge loss for the province, as Lowe is one of five players nominated for European Rugby player of the year this season.

On a personal note, the winger is also the competition’s top try scorer this season with ten tries; one more and he would level Chris Ashton’s record of eleven tries in a season that he set in 2013/14 in a Saracens shirt.

The squad is set to be named later today, and while Leinster definitely have the depth to cover these two if they are absent, it would be a blow to be without two Ireland internationals.