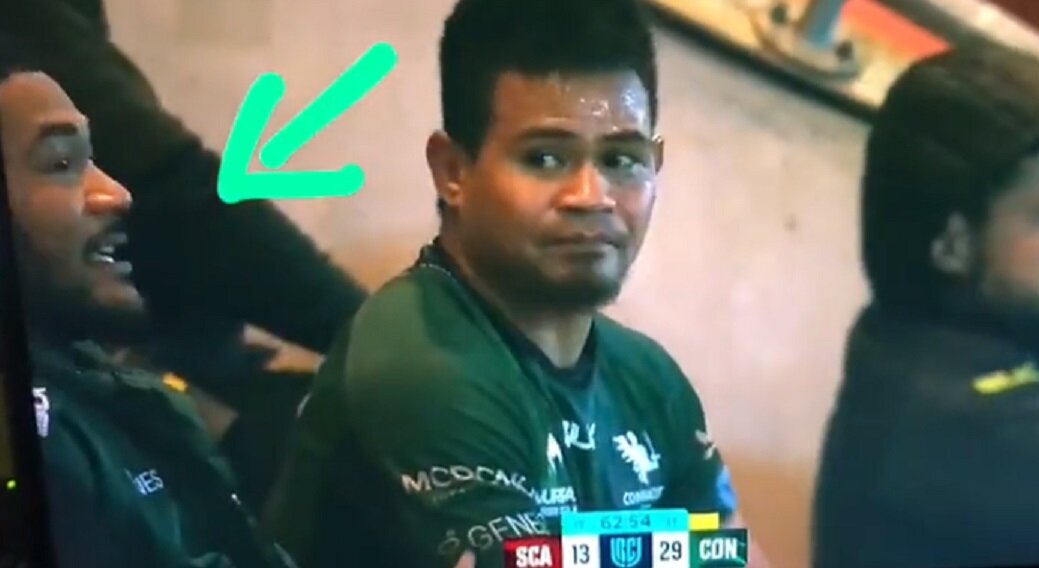 This is a brilliant bit of theatre that was picked up by former Dragons head coach Bernard Jackman during the Connacht Scarlets game last night.

I think it’s fair to say that the standard of refereeing in the URC and the PRO14 previously has become a bit of a talking point, even if it’s probably a problem that is overegged by critics.

That said, last night, even Connacht’s players on the bench seemed confused by the decision-making.

There were other interesting things happening in this match.

Scott Williams captained Scarlets who recalled Johnny Williams after injury while Welsh flanker Aaron Shingler started in the back row.

Kieran Marmion made his 200th appearance for Connacht and starts at scrum-half.

It was Connacht’s first ever win at Parc Y Scarlets. Like ever. And they’ve been trying for 17 years.

Anyway, here’s what Jackman wrote: “When the players are completely dumbfounded by the officials as well as the majority of the public!!!👇#SCAvCON #comedyshow”

When the players are completely dumbfounded by the officials as well as the majority of the public!!!👇#SCAvCON #comedyshow pic.twitter.com/rq12PkSVE4