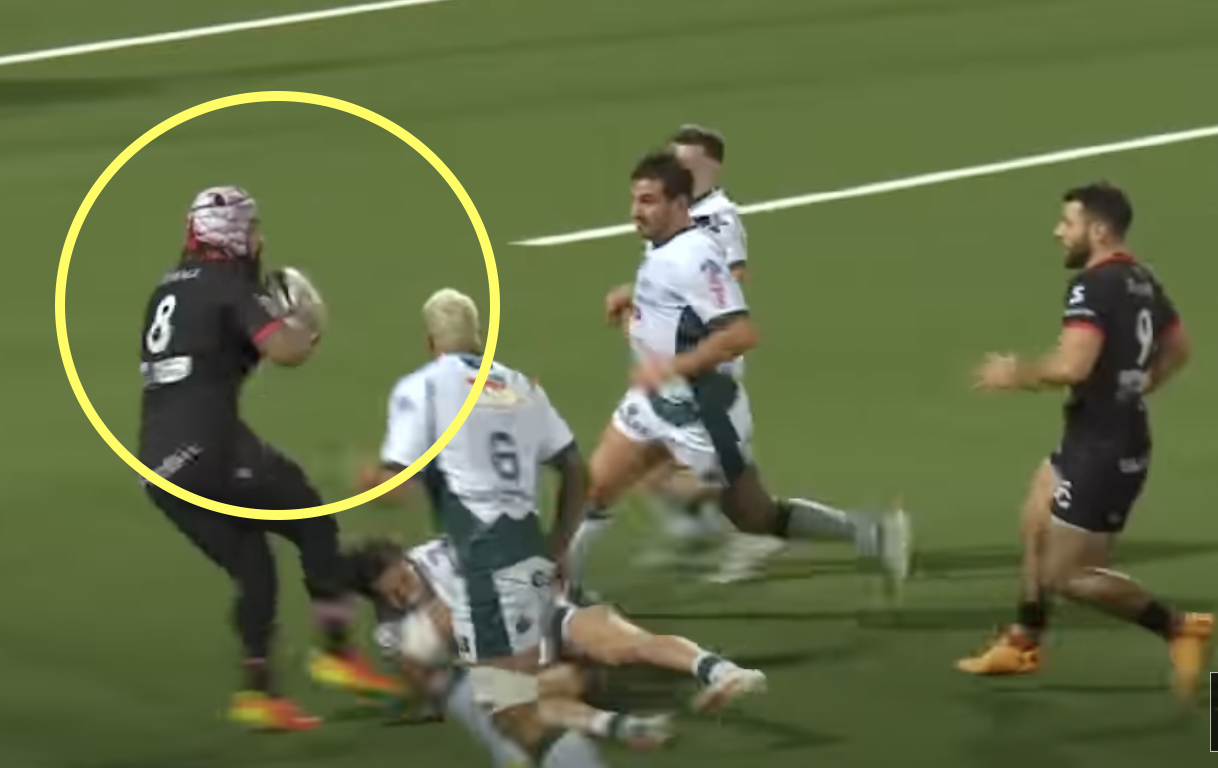 Although the Top 14 has the reputation of being a league full of enormous lumbering packs that trudge from ruck to ruck, it is changing very rapidly.

Ronan O’Gara’s KBA philosophy at La Rochelle of keeping the ball alive is spreading across the entire league, and now it leads the rest of Europe in that department. Then again, in a competition where some enormous units and packs still remain, offloading is the key to unlocking defences and injecting some tempo into the match.

Well in the final round of Top 14 action before the European rugby break, Lyon put on an offloading clinic against Pau at the Stade Gerland. In a sequence of play in the build up for a try for No8 Jordan Taufua, Lyon simply refused to let the ball die.

There were five offloads in the build up to this try, and as EK Rugby Analysis noted they were all different. Take a look:

At least 5 offloads in the build-up to this Jordan Taufua try for Lyon and none of them the same.

When it comes to keeping the ball alive, no league in the Northern Hemisphere does it better than the Top 14.#LOUSP #TOP14 pic.twitter.com/PS2O2vr4Yf

Lyon went on to win the match 35-10, which is no surprise if this was the way they approached the game. The win left them in fifth place in the Top 14 table, although they are only actually one point behind second place Toulouse. Having said that, Toulouse have two games in hand over them, as do fourth place Montpellier.

Lyon were in European action this weekend, where they triumphed over fellow Top 14 outfit Perpignan 37-6 in the Challenge Cup. They face Benetton this Friday before a return to the Top 14, where they will face Perpignan again.