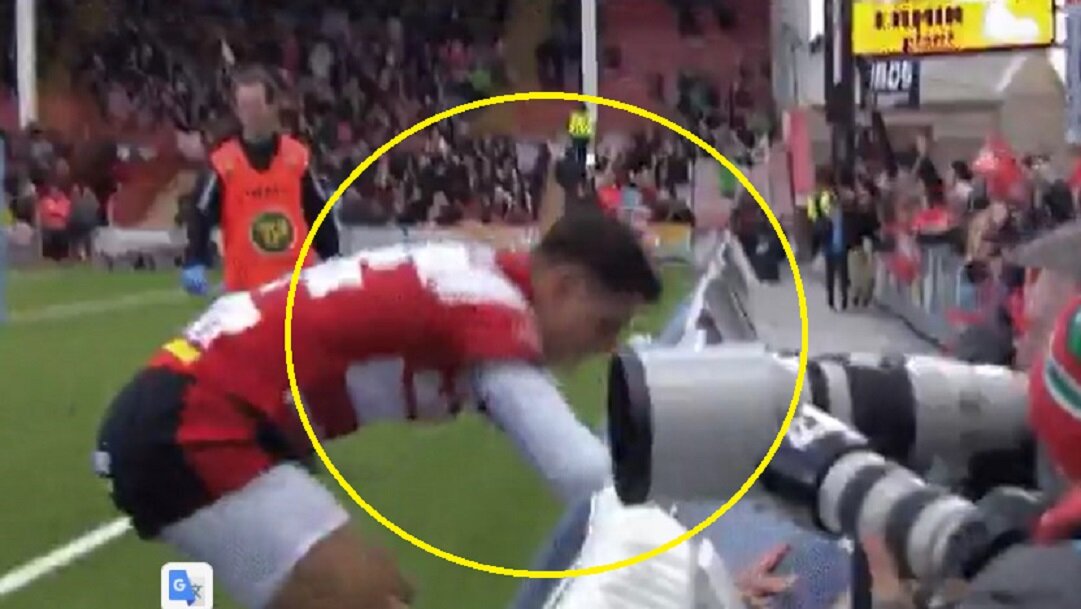 Louis Rees-Zammit scored with his first touch when coming on for Gloucester, instantly discredits Wayne Pivac’s decision to drop the magic youngster.

Rees-Zammit was dropped from the Wales team last weekend after a run of mediocre form for Wales.

While no doubts his attacking ability, one of the big question marks is over the British & Irish Lion’s defence.

“He is so gifted, and he works really hard to get there. He is special in terms of what he can do,” said Gloucester head coach Skivington after the match. “When you get whacked suddenly – England-Wales, and you don’t get to play in that – it’s a real test of how you are going to respond.

“Fair play to him, he has come straight back in and said what does he need to do to play well for Gloucester, and he’s obviously spoken to Wayne and got his bits off Wayne.

“He has been very, very on it these last two weeks, and I think it will be brilliant for him, going forward, if I am honest.

“It’s a bit of pain in the short term, but he understands these things are going to happen and it’s how you bounce back.”

Dan Biggar has also backed him to bounce back.

“It is never easy when selection doesn’t quite go your way for one reason or another.

“The only people I can think of is someone like a Dan Carter or a Jonny Wilkinson, who have never had to go through it.

“He is young, he has burst on to the scene, he’s an incredible talent and is a real poster boy for Wales.

“I don’t think anyone is thinking this is the end for him at all! At 21, he has got years and years left in him” said Biggar when asked about the flyer.

Do you think Pivac should bring him back into the squad?

Wales sent Louis Rees-Zammit back to Gloucester with some areas of his game to work on. One of them definitely isn't raw pace. pic.twitter.com/76Mry9GMi5

He should play for the All Blacks.