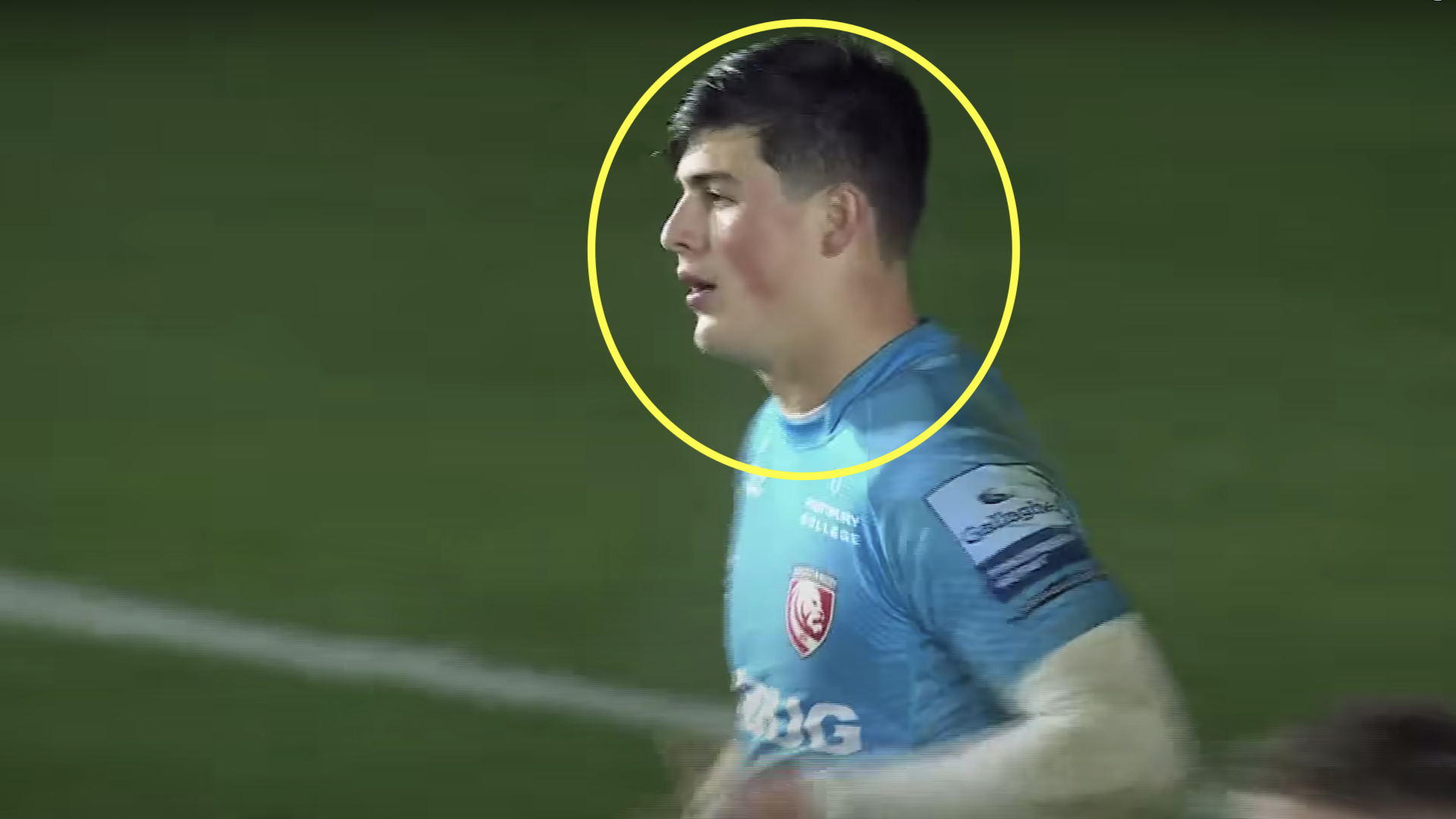 The Gallagher Premiership got a frightening glimpse of Louis Rees-Zammit’s speed on Friday night against Harlequins at the Stoop.

With his side already losing 21-12 in the final minutes of the match, the Welshman prevented the scoreline looking any worse for his side by tracking down opposite man Cadan Murley, and in doing so showed off his wheels.

It looked as though the Quins wing had got the better of Rees-Zammit when he came close to turning him inside out and forcing him to slow down. But the 2021 British & Irish Lions tourist just accelerated again to chase down the England hopeful and force a spilt ball.

This could be more proof that Rees-Zammit is indeed the fastest player in world rugby at the moment. He was certainly missed the next day by Wales, who blew a 34-13 lead to end up losing 39-34 against the Wallabies at the Principality Stadium.

Take a look at Rees-Zammit’s tackle on Murley:

This is what Gloucester head coach George Skivington said after the match: “I believe I’m saying the same thing for the third week in a row as once again we can’t fault the fight but we’ve got to start respecting the first 10 minutes of Premiership games.

“We got sucked into playing a game that we didn’t want and played right into Quins’ hands.

“They took all their opportunities but we butchered most of ours. I was happy with the way we launched our attacks but we then tried to copy them with fancy off-loads, which didn’t pay-off.

“The second half was a brutal stalemate and a right ding-dong and that’s what it should have been from the start with two good teams going after each other.

“We rely on our decision-makers on the field but we should have taken a kick at goal in the final minutes to get us a bonus point.”