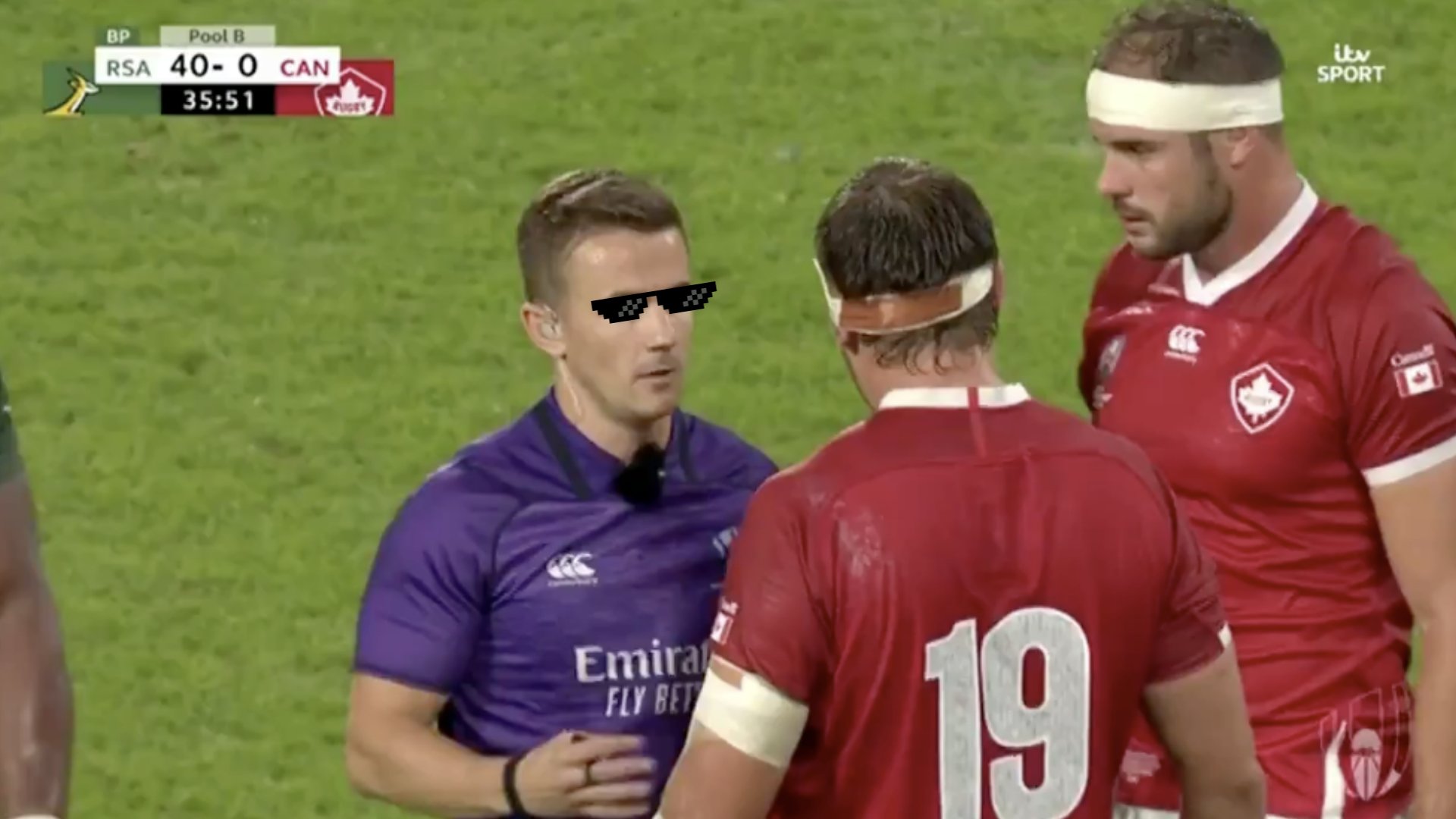 Rugby World Cup referee Luke Pearce has been universally praised by fans and pundits alike after a sensational refereeing performance in the South Africa vs Canada match.

The referee showed just how good he was on two occasions in the match, with two examples.

The first example was a red card decision when Canada threw in a dangerously poor shoulder to the head of a South African player. Luke Pearce was so clear with his communication to the players. He said to the Canadian player just before he was sent off that, “You’re aware of the current climate”. Absolutely no mistake with that.

Users on Twitter were very pleased with this common-sense approach from Pearce.

Well done Luke Pearce, didn't look for a way out of the red card.

Also fair play to Thomas du Toit for not taking a dive and rolling around screaming. #RWC2019

Luke Pearce working through this extremely well – communication is so clear. Red card for a shoulder charge #RSAvCAN #RWC2019

Double yikes. Canada finally have ball for a bit, look threatening to get some points, and Larsen does a shoulder-charge-to-neck ruck cleanout. Red card. 15 vs 14, this is gonna get real ugly. NB clear decision-making process & explanation by Luke Pearce etc. #RSAvCAN #RWC2019

The second example of his brilliant performance was when Canada scored their first and only try of the match. The TMO tried to offer Luke Pearce an out from awarding the try to Canada but Pearce was having none of it. With his rugby knowledge and understanding, he decided to give the try anyway. You rarely see referees disagree with their TMO’s like that.

Users on Twitter were quick to praise Pearce for this decision.

TMO an absolute jobs worth there. Luke Pearce take a bow.#RSAvCAN

Have to give Luke Pearce some credit in the end. TMO was trying to offer him an out, but he wouldn't take it.

On another note, how brilliant was this commentary for the sensational try from Cobus Reinach. He scored three tires tries today, but this was the best of the bunch for sure.

Listen to the commentator and what he says when he scores!

South Africa are now through to the Quarter Finals of the World Cup where they will play either Japan, Ireland or Scotland in the Final 8 game.

Given this performance, the men in green can be confident of a win against any three of those teams. This was their 3rd string team that was playing today and they still managed to put in a performance like this. Fantastic.

We personally hope to see Luke Pearce in the big games for this Rugby World Cup. If he performs at this level again then we’re sure people will soon be labelling him the best referee in the World.