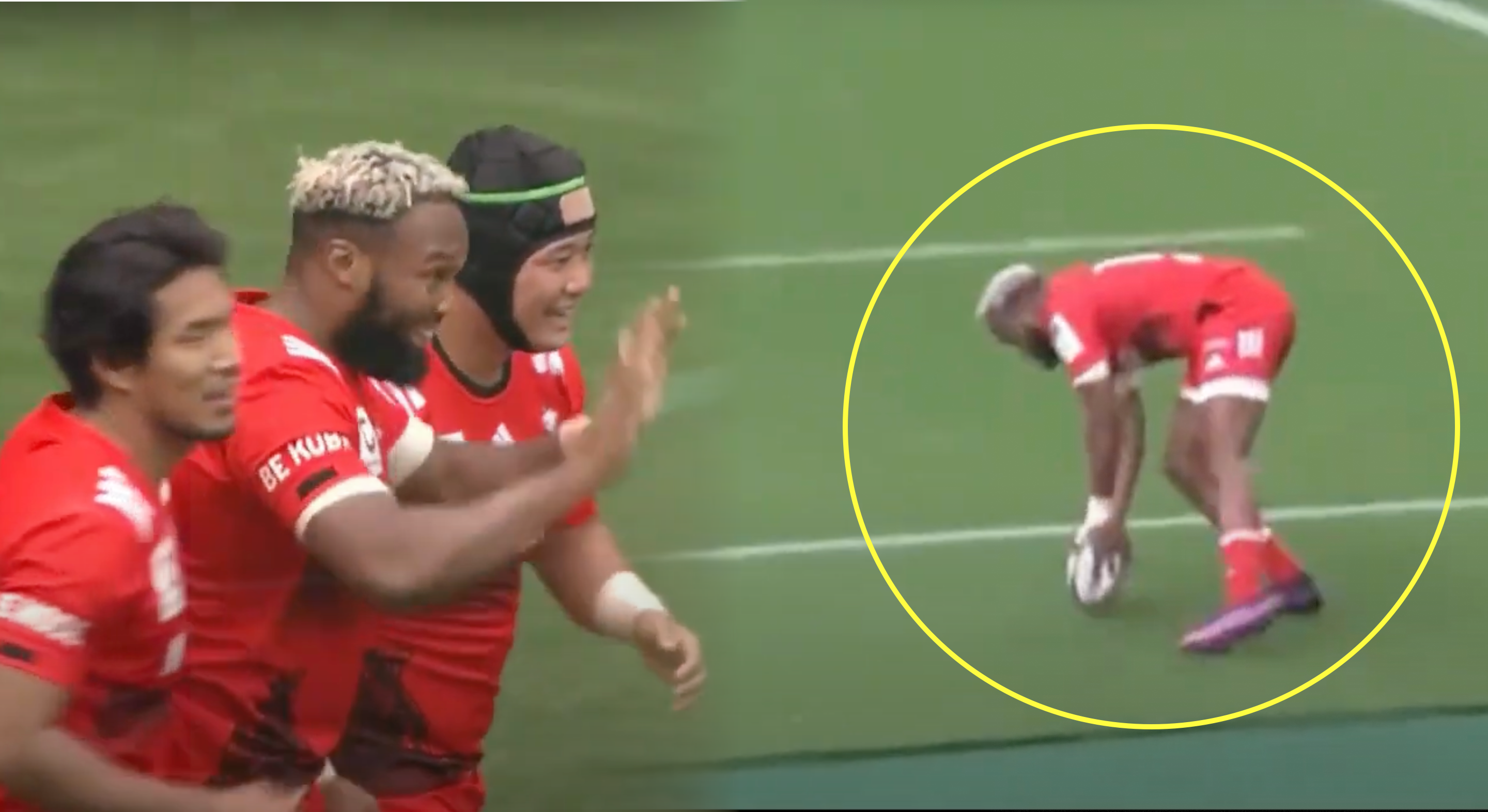 Rival South Africa outside centres Lukhanyo Am and Jesse Kriel went head to head last weekend in Japan’s League One for the Kobelco Kobe Steelers and the Yokohama Canon Eagles, respectively.

Am is the custodian on the Springboks No13 jersey at the moment, meaning Kriel needed to pull something out of the bag. Unfortunately for him, he actually did the very opposite, and gifted an interception to his rival with a floated, fairly aimless, pass early in the match.

Kriel, however, did get his revenge later in the match with a try that came directly from a missed tackle from Am. After initially taking Kriel down, Am was unable to prevent him from bouncing straight back to his feet and running through for the score.

Am is currently enjoying a brief stint in Japan after he signed a contract extension with the Sharks in March that will keep him in Durban until 2025.

“Building a world class squad that fights for success and performs with distinction is all about identifying talent, recruiting where necessary and above all, retaining your top players,” explained The Sharks CEO Dr Eduard Coetzee.

“We are thrilled that Lukhanyo has thrown his full support behind what we at The Sharks are trying to achieve and he has committed his substantial abilities and player excellence to The Sharks for the next three years. His contribution to the Cell C Sharks has been phenomenal and we look forward with eager anticipation to the next few years with him as an integral member of the team.”

“At The Sharks, we want to provide our players with opportunities, be it bringing in new players or those already in the system.”

Am will also be joined by Rohan Janse van Rensburg next season in the midfield for the Sharks, after the powerful centre announced last week that he will leave Sale Sharks at the end of the season.