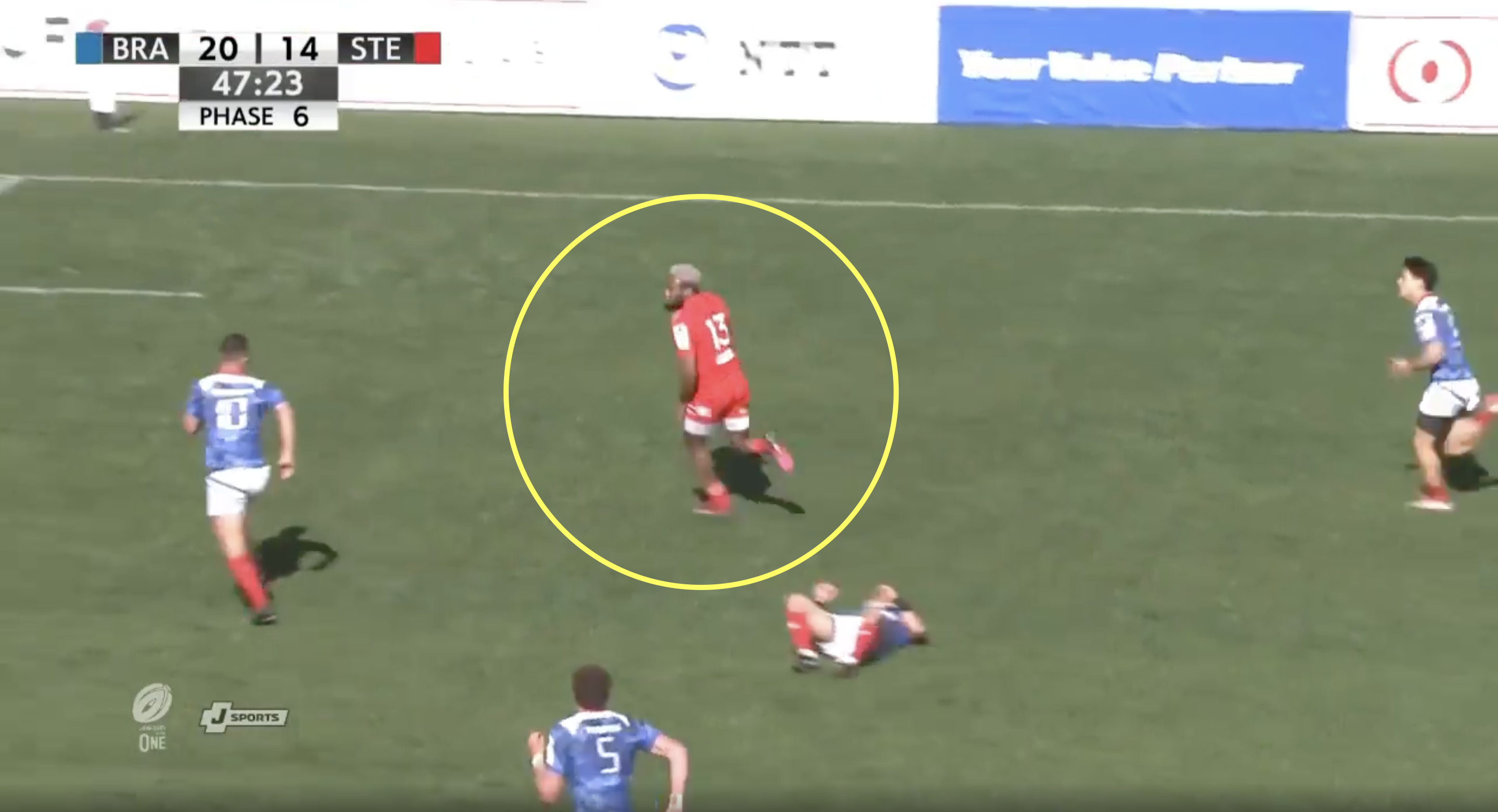 Lukhanyo Am is already tearing it up in Japan

It did not take long for Springboks centre Lukhanyo Am to make an impact in Japan’s League One after joining the Kobelco Kobe Steelers recently.

The 28-year-old made his first appearance for the Steelers this weekend, producing a terrific display, including a try assist, in a losing cause against Brave Lupus.

This is part of a two month stint in Japan that was announced earlier this month. It was also announced at the same time that the World Cup winning Springbok had extended his stay with the Sharks until 2025.

This is what Sharks CEO Dr Eduard Coetzee said after this deal: “Building a world class squad that fights for success and performs with distinction is all about identifying talent, recruiting where necessary and above all, retaining your top players.

“We are thrilled that Lukhanyo has thrown his full support behind what we at The Sharks are trying to achieve and he has committed his substantial abilities and player excellence to The Sharks for the next three years. His contribution to the Cell C Sharks has been phenomenal and we look forward with eager anticipation to the next few years with him as an integral member of the team.

“At The Sharks, we want to provide our players with opportunities, be it bringing in new players or those already in the system.”

In Am’s absence, Siya Kolisi has stepped up to captain the Sharks, which is not a bad replacement at all.

“It’s a huge boost having Siya as captain, although it doesn’t really change much because he’s been playing a leadership role since he arrived at The Sharks,” explained fellow Springbok Sbu Nkosi.

“He’s been very positive and very involved, and I don’t think it will be a major shift for us because he’s been bringing that same energy all the time. The only thing that changes now is that he has the authority that comes with the title of captain.”

Take a look at Am’s performance in Japan: