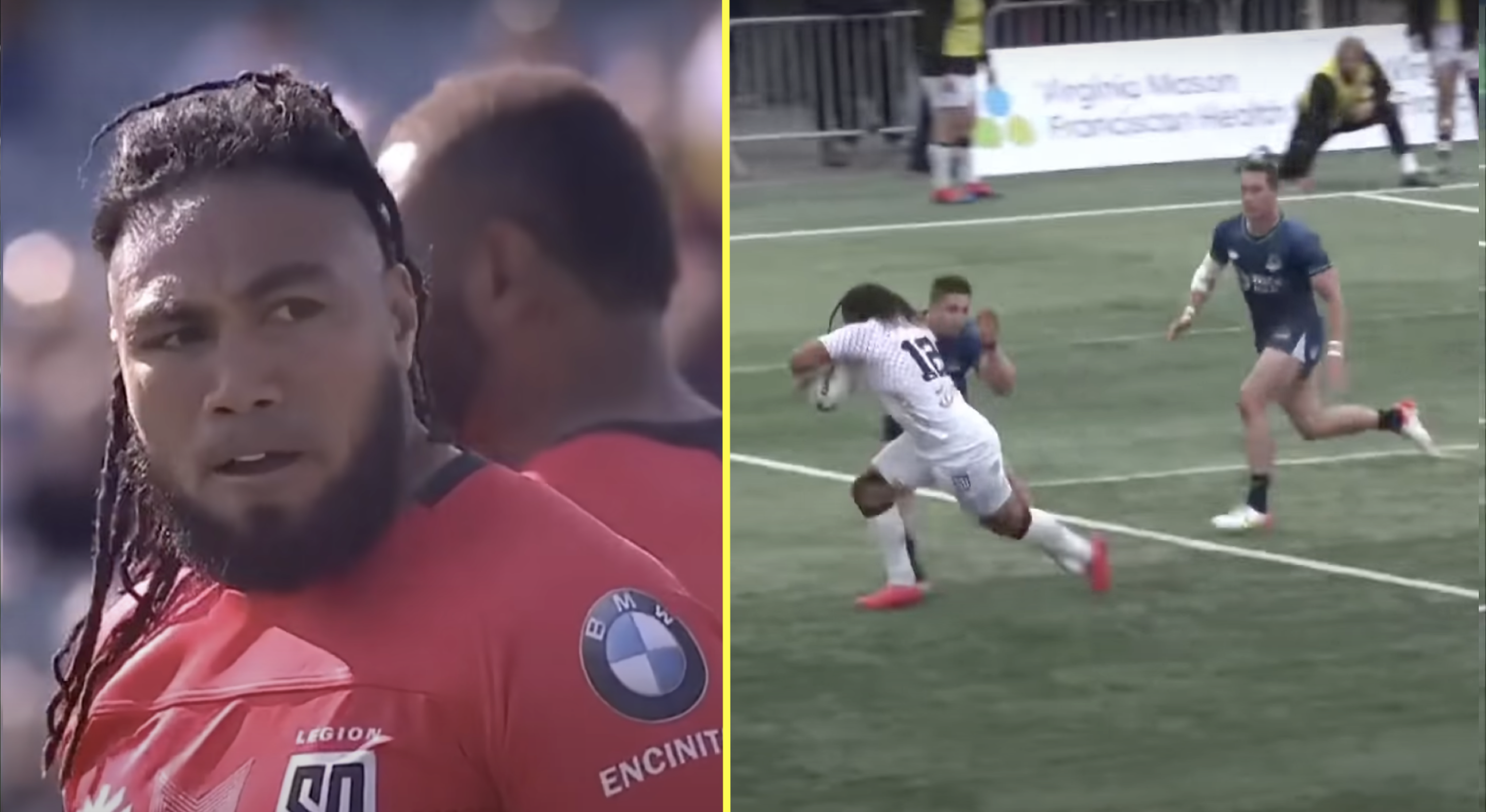 With every game that passes, former All Black Ma’a Nonu proves that he may actually be eternal as he continues to cause carnage in the MLR with the San Diego Legion.

The 103 cap All Black, who turns 40 next month, announced his return to San Diego towards the end of last year, having previously played for them, and showed on Saturday that he still has the skill and power that made him so lethal in an All Blacks side that won back to back World Cup titles.

Up against the Seattle Seawolves, Nonu created a first half try for winger Tomas Aoake by attracting three tackles before getting a left handed, back of the hand offload away just feet away from the line.

Despite this try, San Diego were unable to come away with the win, ultimately being shaded 34-32. That leaves San Diego third in the Major League Rugby Western Conference behind the Austin Gilgronis and the LA Giltinis.

Elsewhere in the MLR, Nonu is set to be joined by former All Blacks teammate Waisake Naholo in the league, after the 30-year-old agreed to join Rugby New York last week. Both players’ international careers briefly aligned in 2015 leading up to the World Cup.