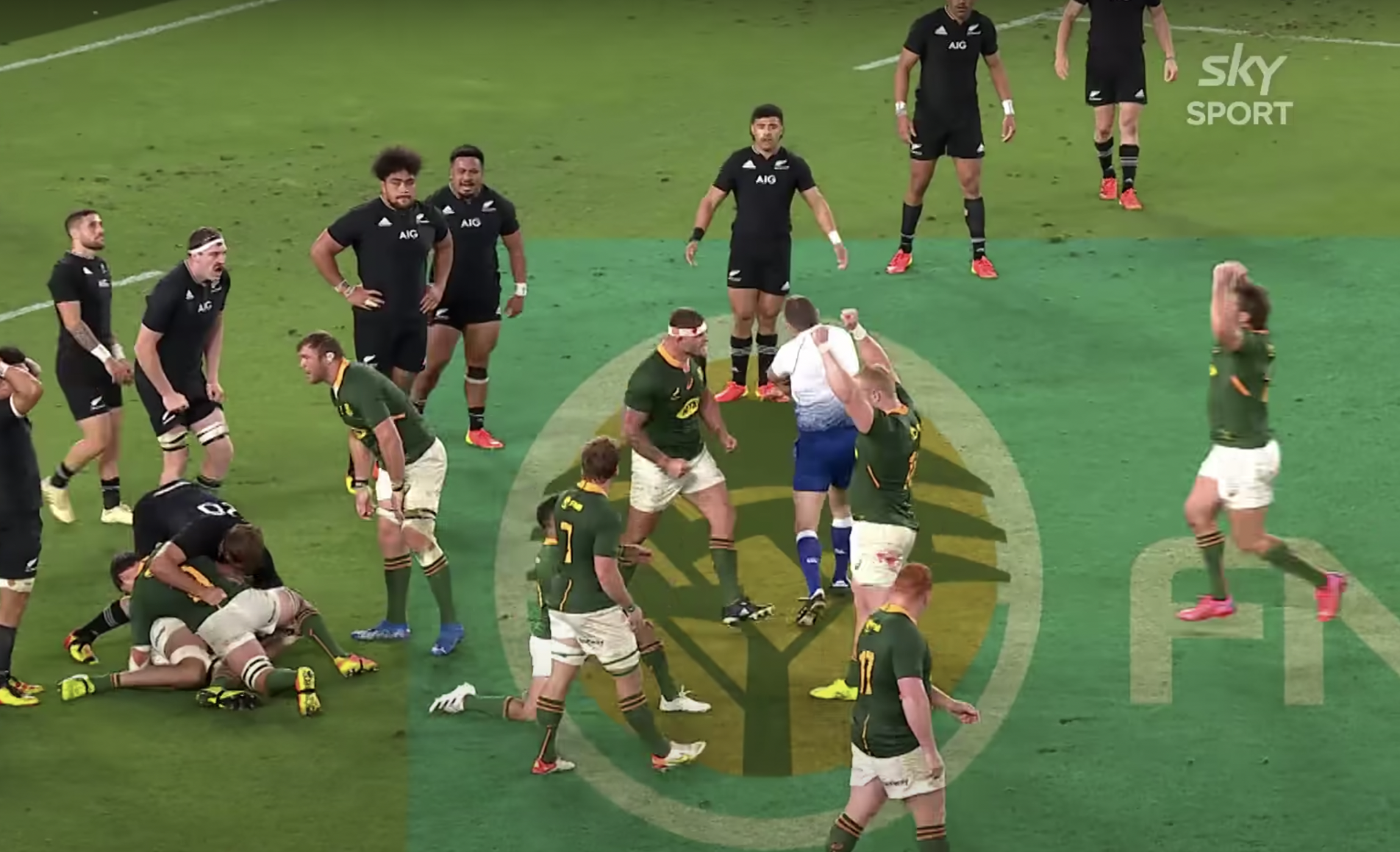 Mallett on what will take the Springboks to the next level

Former South Africa head coach Nick Mallett has said that the Springboks will only get better if their provincial and school sides play in the same way the side did against the All Blacks on Saturday.

Jacques Nienaber’s side showed a sharp change in style in their second Test against the All Blacks in the Rugby Championship after opting to excessively kick in the first Test. That paid off as they came away with a win and reclaimed their place and number one in the world rankings.

Mallett conceded that the Springboks are always going to trust in their physicality, but says that this new attacking dimension, particularly counter attacking, will trickle down to the provincial and school sides, which will only improve the national side in the long run.

“We chose for the national side to play a certain way. Test match rugby is all about winning the game so we play to our strengths and South Africa’s strengths are without doubt our set piece. We produce these very big prop forwards and locks, we can bring guys off the bench who are fresh and just as big as the guys who start and with the Laws as they are which allow you to win penalties from scrums and penalties from driving mauls from the lineout, we’d be stupid to play away from those strengths.

“We are also a country that loves physicality and we defend really well. In fact, we don’t attack particularly well because we want to run into people instead of drawing people and passing. The physicality of South Africans is something you can’t take away from us. So Rassie Erasmus and Jacques Nienaber have exploited this and what I find absolutely fascinating was New Zealand use the set piece generally to get the ball to the back line and have a crack and start getting phases going and with tight forwards playing like loose forwards, brilliant handling of the ball and it’s spectacular to watch. South Africa can’t compete at that level, but I would say that New Zealand struggle to compete against the physicality of South Africa at the moment.

“Our schools rugby and our provincial rugby will follow the lead of our national side. And to see us passing the ball in situations where you have left three guys back, which means you have fewer numbers in the front line, we should pass it, we should learn to run straight and create these opportunities. I really hope this filters down to our provincial sides and particularly to our school sides. Because if we could match our physicality in the pack, in driving mauls and our great defence, if we could increase our attacking ability, we would be just that much better as a team.”