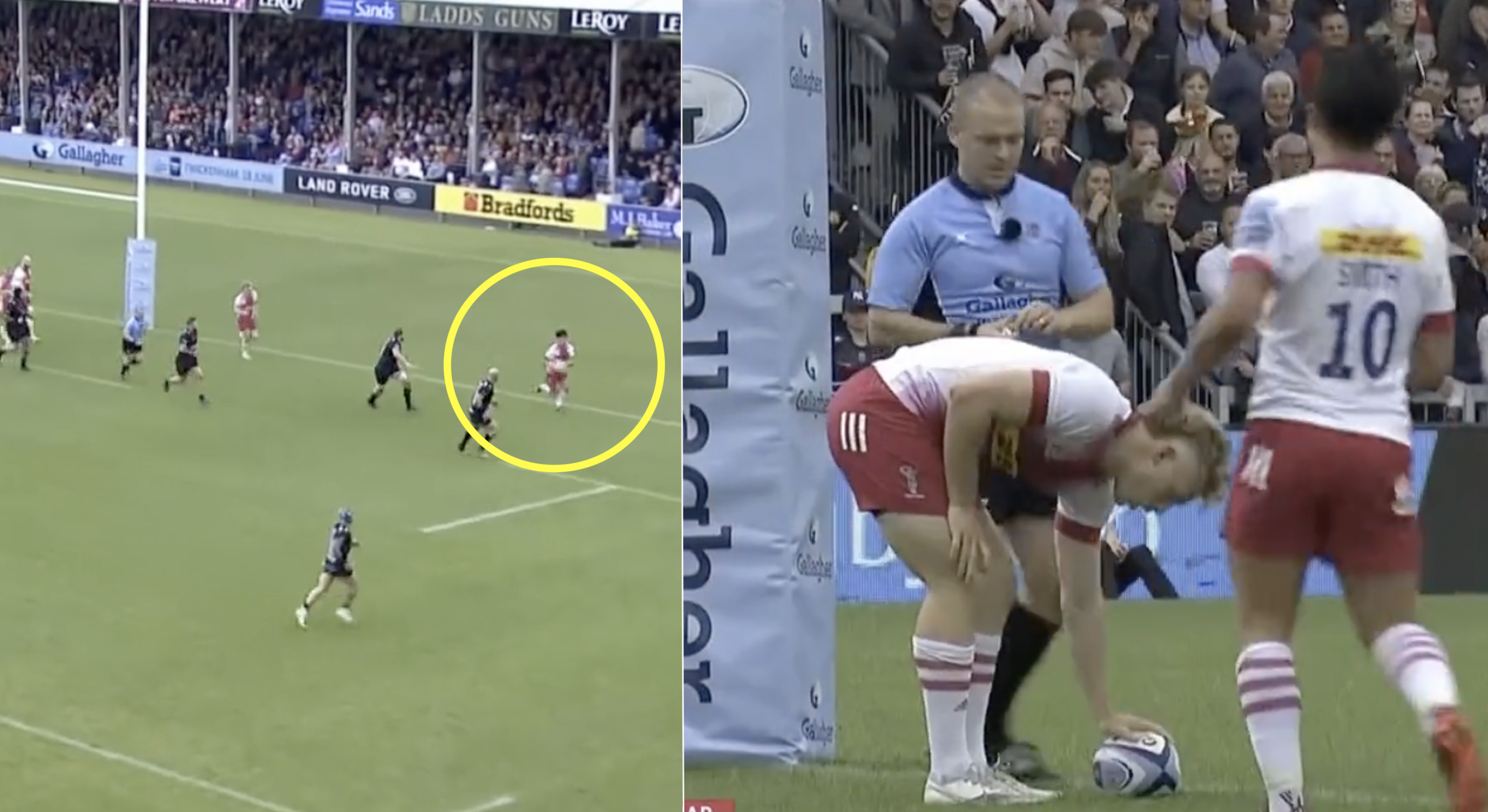 Harlequins may have been on the losing side against Exeter Chiefs on Saturday at Sandy Park, but they played some good rugby in the process.

Of all the tries they scored, Louis Lynagh’s finish early in the second half was the pick of the bunch as Quins turned an attacking opportunity for Exeter into a length of the field try for themselves. It was orchestrated by none other than Marcus Smith, who, despite receiving the ball behind his own line, spotted a defensive line loaded with forwards and was able to step his way through.

From there he made his way to Quins’ 40 metre line before passing to Louis Lynagh, who still had two men to beat. However, the winger produced a quick change of angle that bamboozled both defenders, leaving him a clear run to the line.

The 21-year-old Lynagh has been knocking on the door of an England cap this season, and play like that will only help his cause. A partnership with Smith in the backline is something Eddie Jones will be interested in after England’s backs have been lacklustre for the best part of two years now.

Quins face Saracens this Saturday in the Gallagher Premiership semi finals in another chance for their players to impress the England coaches. However, they will need to bounce back from the loss to Exeter, where they fielded their strongest side and still came away on the wrong side of the scoreline.

Having already qualified for the semi finals, Quins coach Tabai Matson addressed his decision to field his strongest side. He said: “We needed to play a full-strength side as we were not involved in Europe and had only played twice in the last five weeks.

“We were disappointed to lose Aaron Morris with another injury for him, but he’s optimistic that it’s not too serious, although he won’t be available next week so we got through relatively unscathed.

“It was festival rugby, but we learnt a lot defensively as we were really tested by them as they are a phenomenal side who keep possession superbly.

“Our defence was excellent at times and it’s annoying that we didn’t come away with a losing bonus point, but immediately we have to move forward and focus on next week.

“It won’t be festival rugby next week as no doubt there will be a greater emphasis on physicality.”

🎪 We'll put on a show, we'll score from anywhere.

👀 If you do one thing today, make sure it's watching this try created by @MarcuSmith10 and finished by @LynaghLouis. #COYQ pic.twitter.com/u2ZzBoX83p