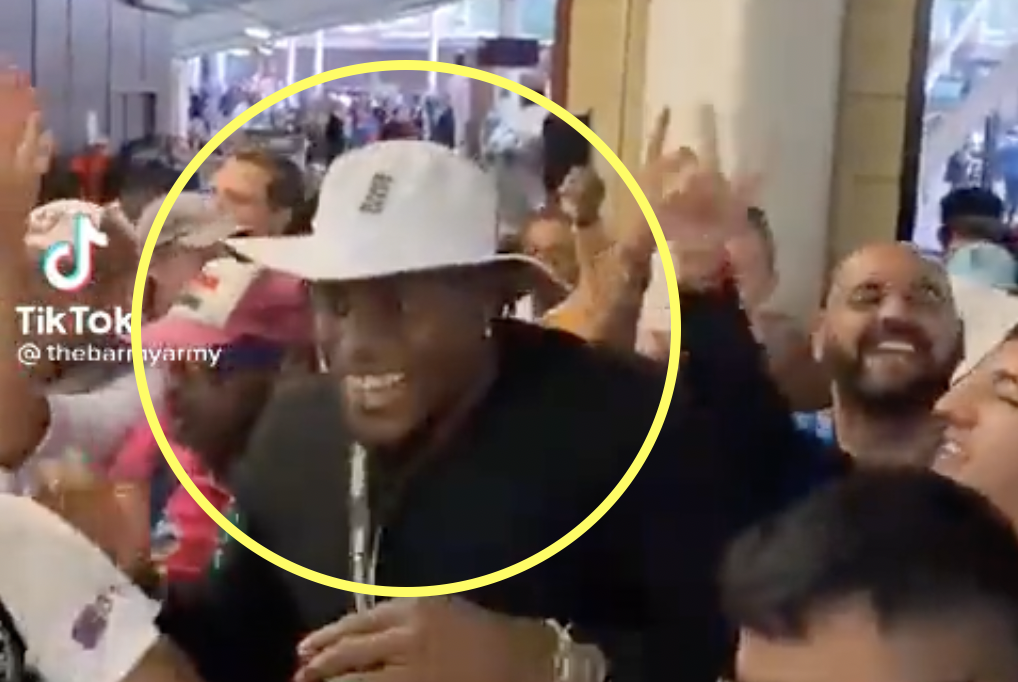 A video has gone viral of British & Irish Lions and England star Maro Itoje dancing with fans while watching England cricket at the Oval on Sunday.

The lock was a guest at the Oval for England’s fourth Test with India, and was caught on camera dancing with a group of fans clad in an England sun cap. Itoje caught the attention of the TV cameras during his visit to south London and later shared the video himself in an Instagram post, where he said “I’ve come to the conclusion that fans have way more fun than the players!”

Itoje is fresh from the Lions’ 2-1 series defeat to South Africa, in which he was named player of the series. The 26-year-old started all three Tests against the Springboks and was a perpetual thorn in the world champions’ side in a losing cause.

The Lions players’ game time will be managed this season, and many are still enjoying time off before rejoining their clubs. That means Itoje was absent from Saracens’ 45-21 preseason win over Ulster at the Kingspan Stadium on Friday, as they gear up for their return to the Gallagher Premiership this month after a year in England’s second tier.

Itoje will not be the only Saracens star who will have his game time reduced this season, as four of his teammates also went to South Africa, Mako Vunipola, Jamie George, Owen Farrell and Elliot Daly, although the three time European Cup winners have great squad depth.

But for now Itoje has got a taste of what it is like being in the stands rather than being on the pitch, and by the looks of it, the next time a Twickenham or Saracens crowd are chanting his name, he may come and join them.