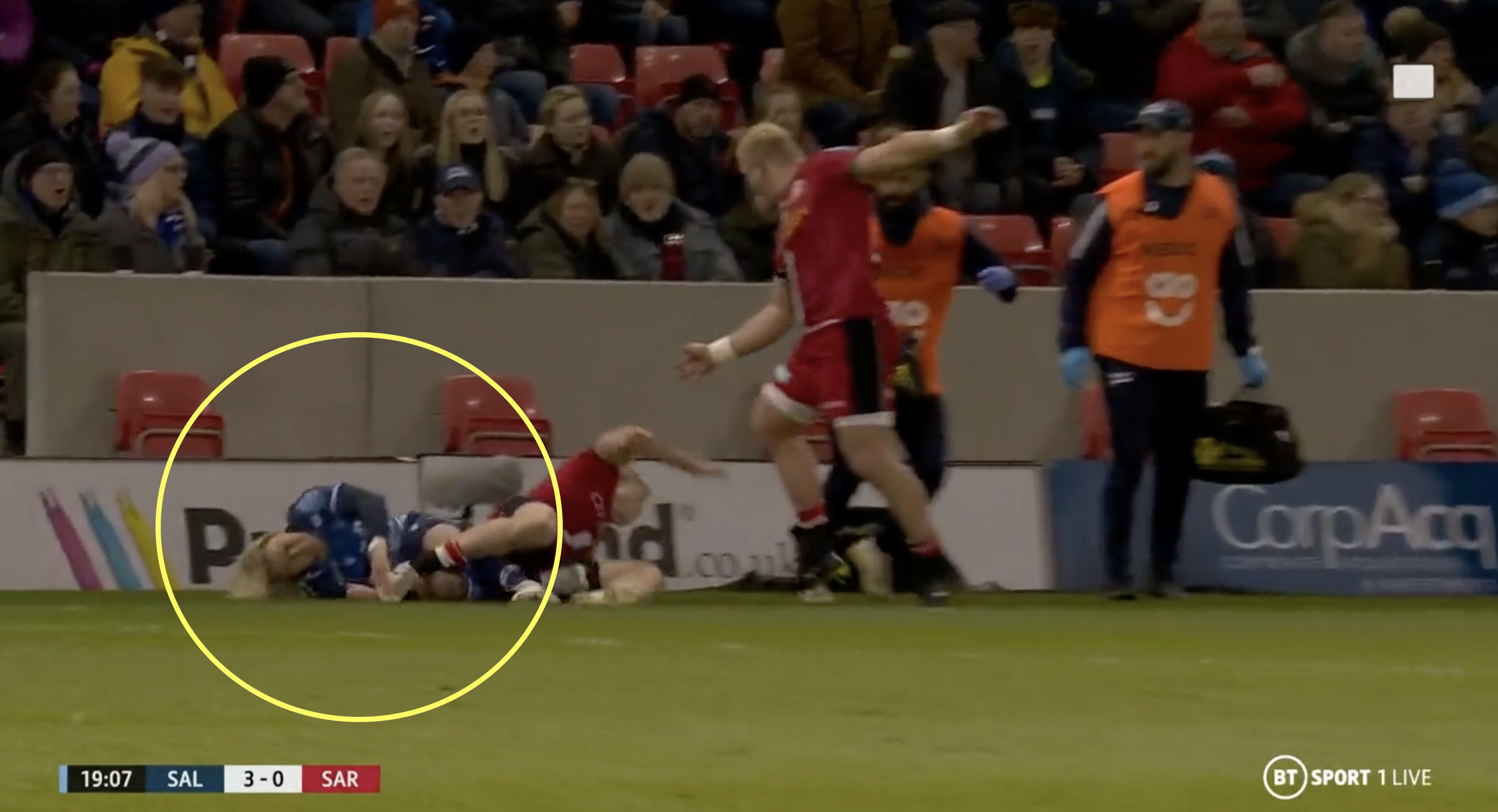 Jacques Nienaber and Rassie Erasmus now have a huge problem on their hands after a massive rivalry has emerged between two of their World Cup winning Springboks.

The incident was involving scrum-half Faf de Klerk, playing for Sale Sharks, and tighthead Vincent Koch, playing for Saracens, at the AJ Bell last night in the Gallagher Premiership.

The moment came in the 20th minute as de Klerk kicked the ball down field from just outside his 22. He was then clattered into touch by his opposing scrum-half Aled Davies. This only happened though because he was pushed by the 118kg prop. It was quite a collision, although Luke Pearce only deemed it a penalty, with many people disagreeing online. This is a clear sign that de Klerk even winds up his own teammates, let alone the opposition, and this was one of the few opportunities Koch will have to vent his rage.

Saracens went on to win the match 18-12, meaning they moved a step closer to the play-offs with only four rounds remaining for them.

Saracens coach Mark McCall said after the match: “We felt we were a bit individual in some of our actions last week.

“We wanted to play together and have that cohesion which we maybe didn’t show last week, and I felt we had that today.

“Often if you lose, you get a response from your team. We won last week but when we came in on Monday it didn’t feel like we had won because our players are very demanding of each other, in terms of the standards that they want.

“Even though it wasn’t perfect rugby from us today – far from it – I thought we were on the same page.”