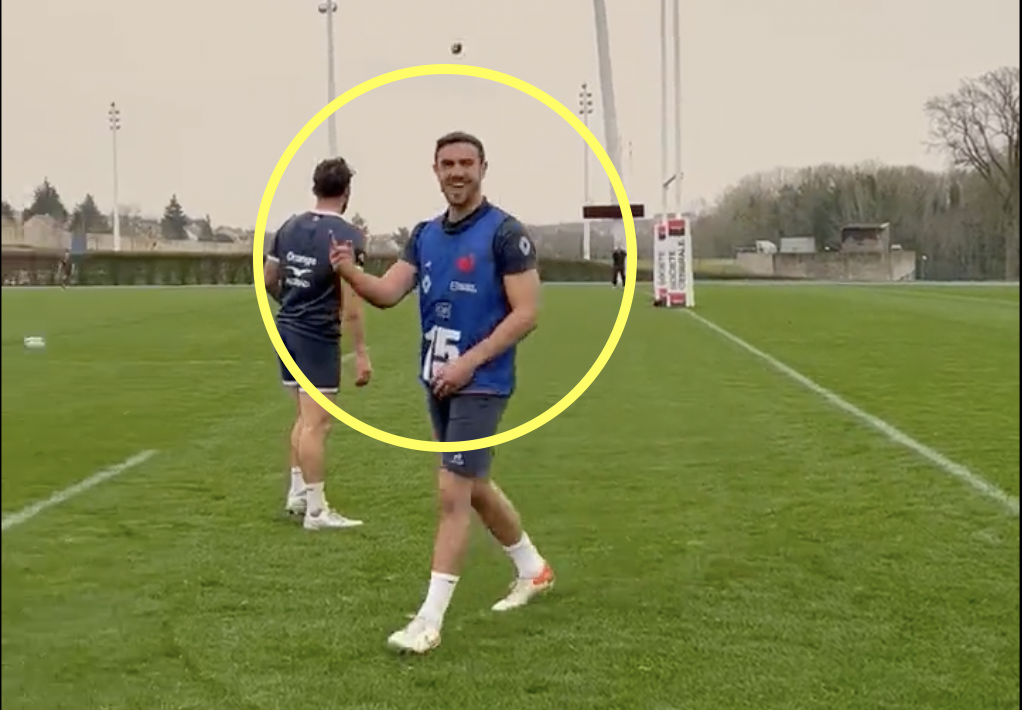 France will take any sort of win over England at the Stade de France on Saturday as they search for their first Six Nations title in twelve years.

As they did against Wales last week in Cardiff, they can win ugly through the boot of kicker Melvyn Jaminet, and the fullback sent a warning sign to England this week with his kicking in training.

Now the drill of having the ball on the try line and kicking laterally across the pitch to hit the post is nothng new in rugby, and plenty of high level kickers can do it time and time again. However, the Perpignan No15 took this drill a step further.

Instead of aiming just for the post, the 22-year-old aimed for the flag on top of the post, and the son of a gun managed it.

Jaminet is the second highest points scorer so far this Championship, with Marcus Smith being the first, so Saturday could possibly come down to who kicks better.