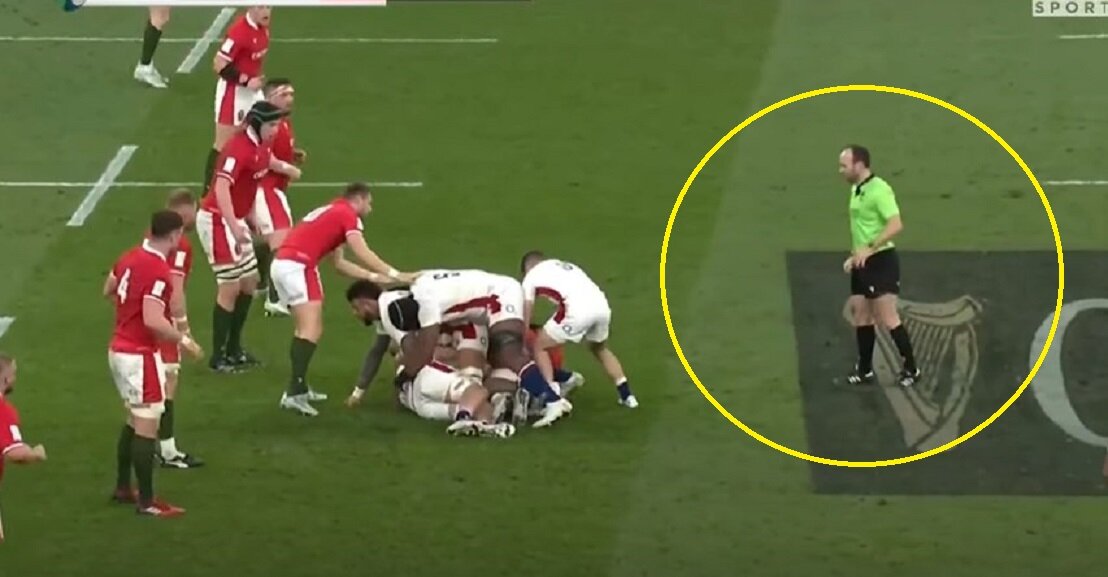 It lasted over 90 seconds and brought England from the near thee halfway line to the Welsh try line.

“I don’t comment on the referee. We take the good with the bad,” the head coach said.

“We took 14 points last year in a Six Nations game where they allowed a play where the ball wasn’t alive and then a blatant knock-on.

“There’s the rub of the green. Sometimes you get it and sometimes you don’t. So if we got it today (Saturday), that’s well and good.

“We’re not going to complain about it, just as we didn’t complain last year when we didn’t get the rub of the green.”

Charlie Morgan noted one funny exchange: “Dan Biggar to Mike Adamson: “Is there anything we can do to help you out at the minute?”

Dan Biggar to Mike Adamson: "Is there anything we can do to help you out at the minute?"

Either way, many felt England definitely got the rub of the green and this hefty advantageous fits that narrative.

IN OTHER NEWS: The Vodacom Bulls and Cell C Sharks secured valuable away victories for the South African Vodacom United Rugby Championship teams on their short one-week tours of Europe this weekend, while the DHL Stormers lost out narrowly in what marked their first defeat this year.

The Vodacom Bulls dominated their clash against Zebre Parma completely in Parma scoring six tries to one by the hosts for a rewarding 45-7 victory on Friday, while the Cell C Sharks outplayed Benetton 29-7 in Treviso on Saturday scoring four tries in the process.

The DHL Stormers, meanwhile, were pipped 19-17 by Connacht in Galway in windy conditions, with a conversion being the difference between the teams on the scoreboard in the end, while log-leaders, Leinster, broke away in the second half against the Emirates Lions for a 21-13 victory in Dublin.

These results saw the Cell C Sharks displace the DHL Stormers as the top ranked South African franchise on the log in eighth position with 26 points, while the Capetonians finished the weekend in ninth place with 24 points, followed closely by the Vodacom Bulls in 10th place with 23 points. The Emirates Lions are further down the standings in 14th place with 12 points.