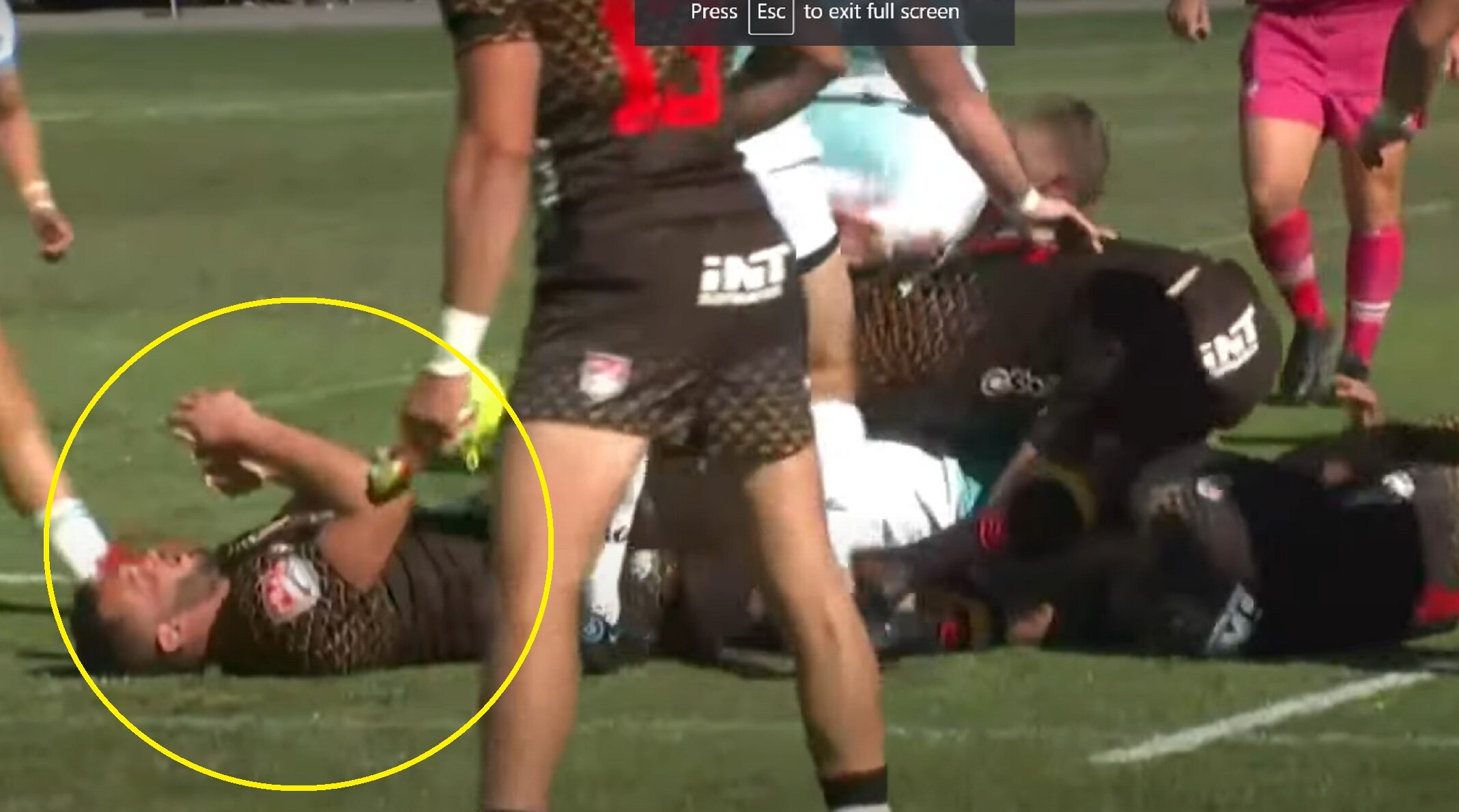 Dallas player Peter Malcolm found the hard way that going low in the tackle doesn’t necessarily mean you’re going to come out of the collision safely.

England hooker Luke Cowan-Dickie has copped a lot of flak – fairly or unfairly – for a similar approach.

Some call it the daisy cutter tackle, where you go super low. From a Law point of view if you can’t demonstrate a wrap you’re going to get yellow.

You could also either hurt yourself or the tacklee in this scenario.

In this case it was the tackler – Malcolm – that came out the wrong side of it. To be fair to Malcolm, it does look like he did wrap and that the initial contact seems to be with the thigh.

Probably a case of just being unlucky as opposed to bad technique. Either way, hope he recovers well.