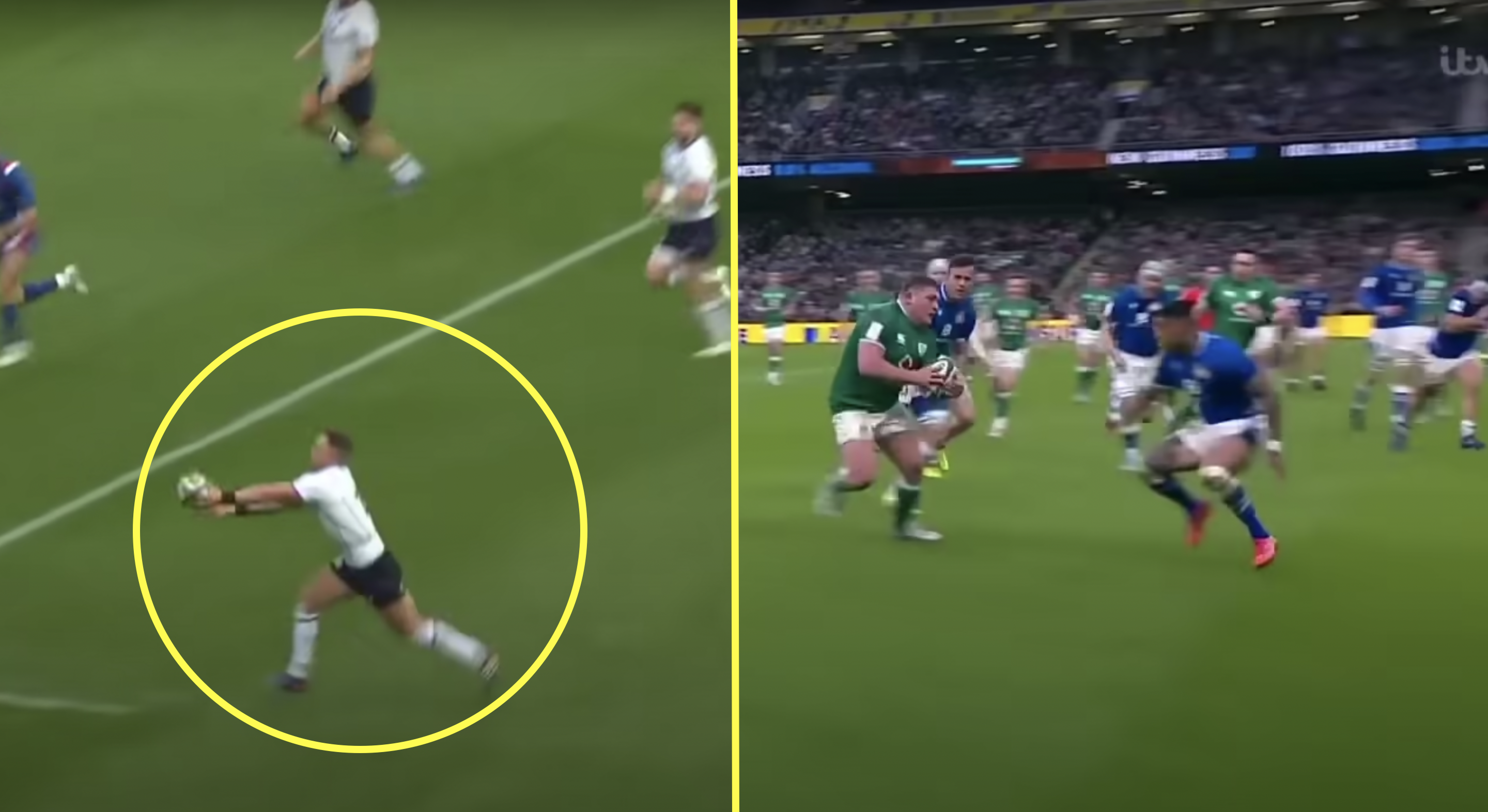 If Stuart Hogg thought that people may have started to forget about Scotland’s butchered try at the weekend against France at Murrayfield, he needs to think again.

The Scotland captain’s drop has been plastered all over social media this week, and has even found himself in the latest montage by Andrew Forde labelled “Butchered 2v1s in Rugby | Inevitable tries go begging!”

To be fair to Hogg, he was not helped by the pass from Chris Harris, and if anything the centre is more to blame for this as he had two short options on his left (although one was loosehead Pierre Schoeman) but opted for the long pass. Nevertheless, Hogg has borne the brunt of the criticism.

The Scot is not the only player from the weekend to make the montage, as Ireland loosehead Tadhg Furlong also features. The prop butchered a two on one against Italy on Sunday by opting to take on winger Monty Ioane.

However, Ireland were leading 36-6 at that point and were playing against 13 players. On the other hand, Scotland’s would-be try would have put them in the lead, so understandably the attention has been focused on Hogg and Scotland. In fact, former Ireland winger Shane Horgan gave a damning report on the fullback.

“I think he makes one or two big mistakes every game,” Horgan said.

“I really like the way he plays, I think he’s really exciting, he wants to get involved, he makes lots of breaks, he’s really passionate and he’s really committed to Scotland and he works really hard but he makes one or two errors every game. He’s not the complete player. He has a little bit of a weakness on his inside shoulder when defending, he has the occasional terrible day under the high ball which we’ve seen with the Lions, his positional sense isn’t great and we saw him drop that ball.

“Even going back a couple of years ago with the try against Ireland which he dropped over the line, they’re crucial, crucial errors and if you want to be an outstanding, world class player, which I think he is and is capable of being, you can’t allow those elements into your game and he consistently does it. As your top player, you can’t.”