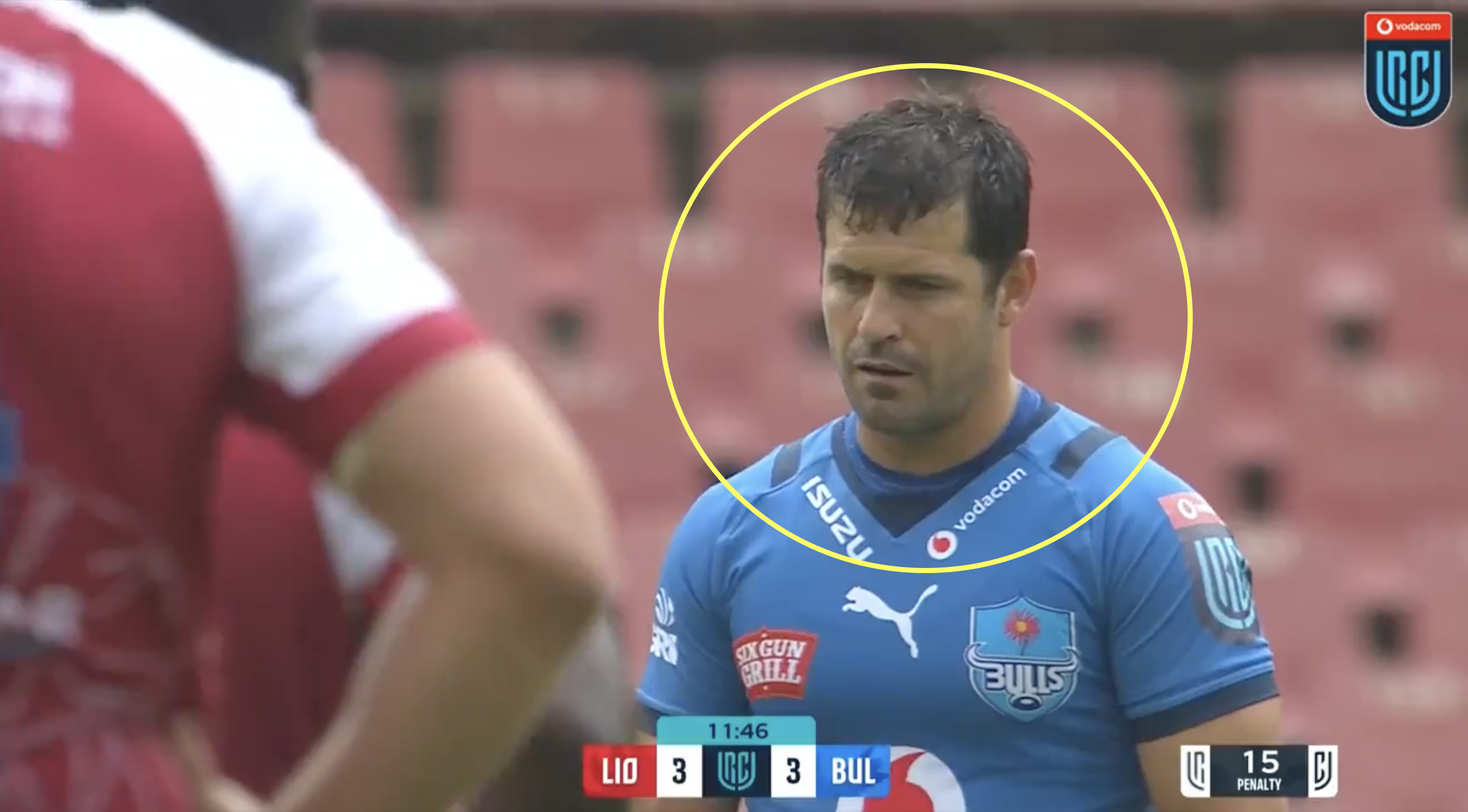 The year could be 2042 and if you put a tee and ball in front of a 57-year-old Morne Steyn, he still will be able to dissect the posts from anywhere within 50 metres.

The 68-cap Springbok’s right boot is pinpoint accurate, as he has shown throughout his career, and at the age of 37 he is as good as he ever was. He also has quite a penchant for nailing monster kicks against any team with ‘Lions’ in their name, but today it was against the Emirates Lions rather than the British & Irish variety.

Here he was nailing a 50 metre penalty in the United Rugby Championship at the Emirates Airlines Stadium, and it is a sight much of the rugby world is used to. Take a look:

Morne Steyn doing what he does best!! @Vodacom #URC pic.twitter.com/WgjWjdo6BW

Going into the match Vodacom Bulls director of rugby Jake White said: “The Emirates Lions showed a good fight in their match against the Cell C Sharks last weekend. We have no doubts that they will want to build from that and go one better in search of a win in their own back yard this weekend. It is always a tough, physical battle against the Emirates Lions. They are a well-coached side that will throw everything at us. We are looking forward to another exciting Vodacom URC encounter.”