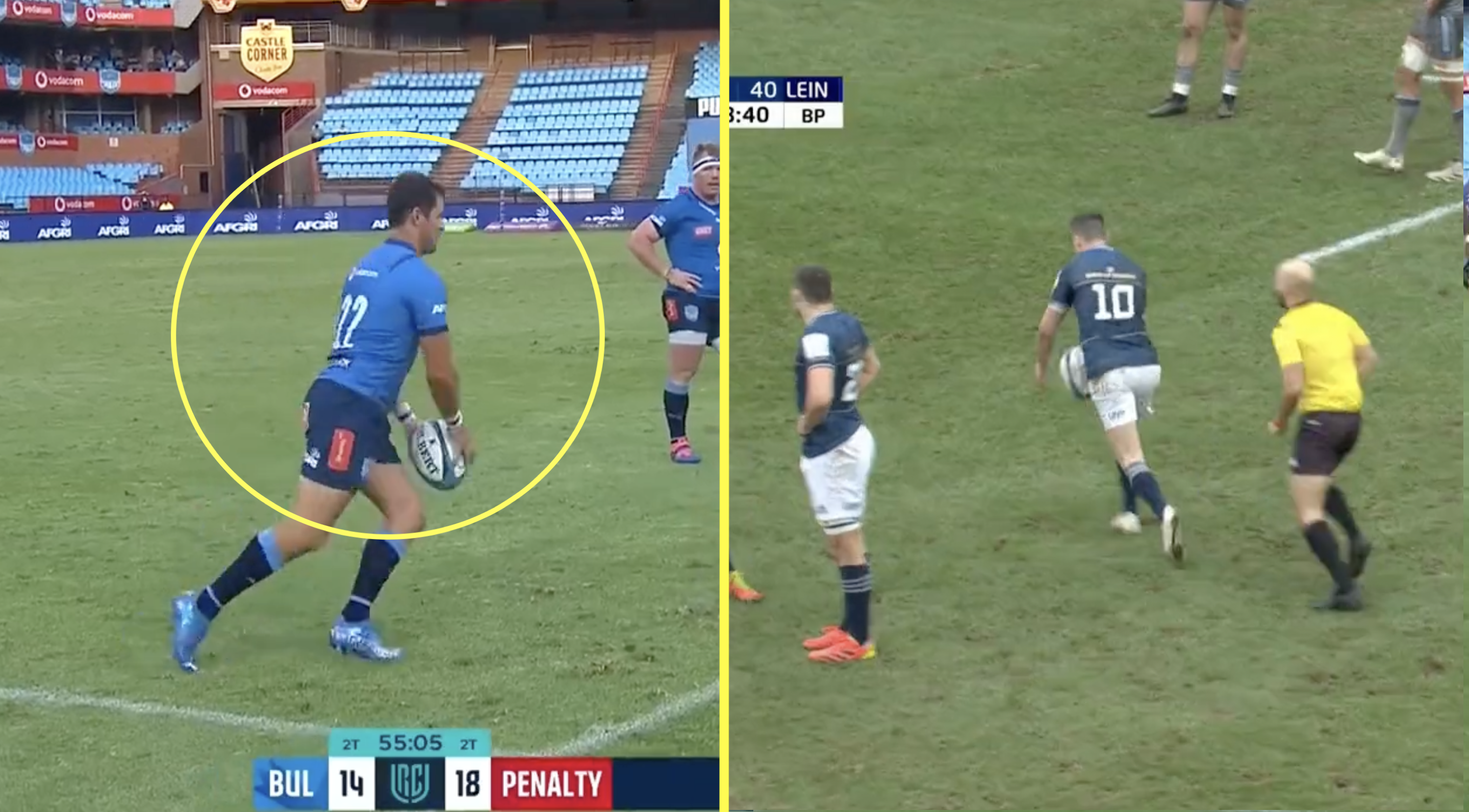 Whatever the 36-year-old Johnny Sexton can do, the 37-year-old Morne Steyn can do better. Or at least when it comes to outrageous cross field kicks.

There were no flies on Steyn in the United Rugby Championship on Saturday afternoon against the Stormers, as his perfectly weighted cross field kick set up a try for teammate Embrose Papier. The crazy thing is, only hours before Steyn’s former international foe Sexton, one year his younger, was producing a very similar kick to create a try for Jimmy O’Brien against Bath at the Rec in the Heineken Champions Cup.

These two players are living proof of the adage ‘age is just a number’ with stunning pieces of skill. Then again, their ability to kick a ball with such precision will never deteriorate regardless of how advanced they may be in years.

Take a look at the try set up by Steyn:

Take a look at the try set up by Sexton:

Steyn retired from international rugby in 2021, but not without sticking the knife in British & Irish fans one final time as he came of the bench in the Springboks’ third Test against the Lions in August to secure a series win for the world champions in a very similar fashion to how he won the series in 2009.

However, Steyn was deprived of the chance of going head to head with one of his longstanding rivals Sexton last summer as the Irishman failed to make the Lions squad, with head coach Warren Gatland citing his durability as a reason. However, he is showing this season that he is still at the top of his game, and is set to captain Ireland in the upcoming Six Nations.

As impressive as their kicks were, Steyn ended up losing 30-26 to the Stormers while Leinster won 64-7 against Bath.