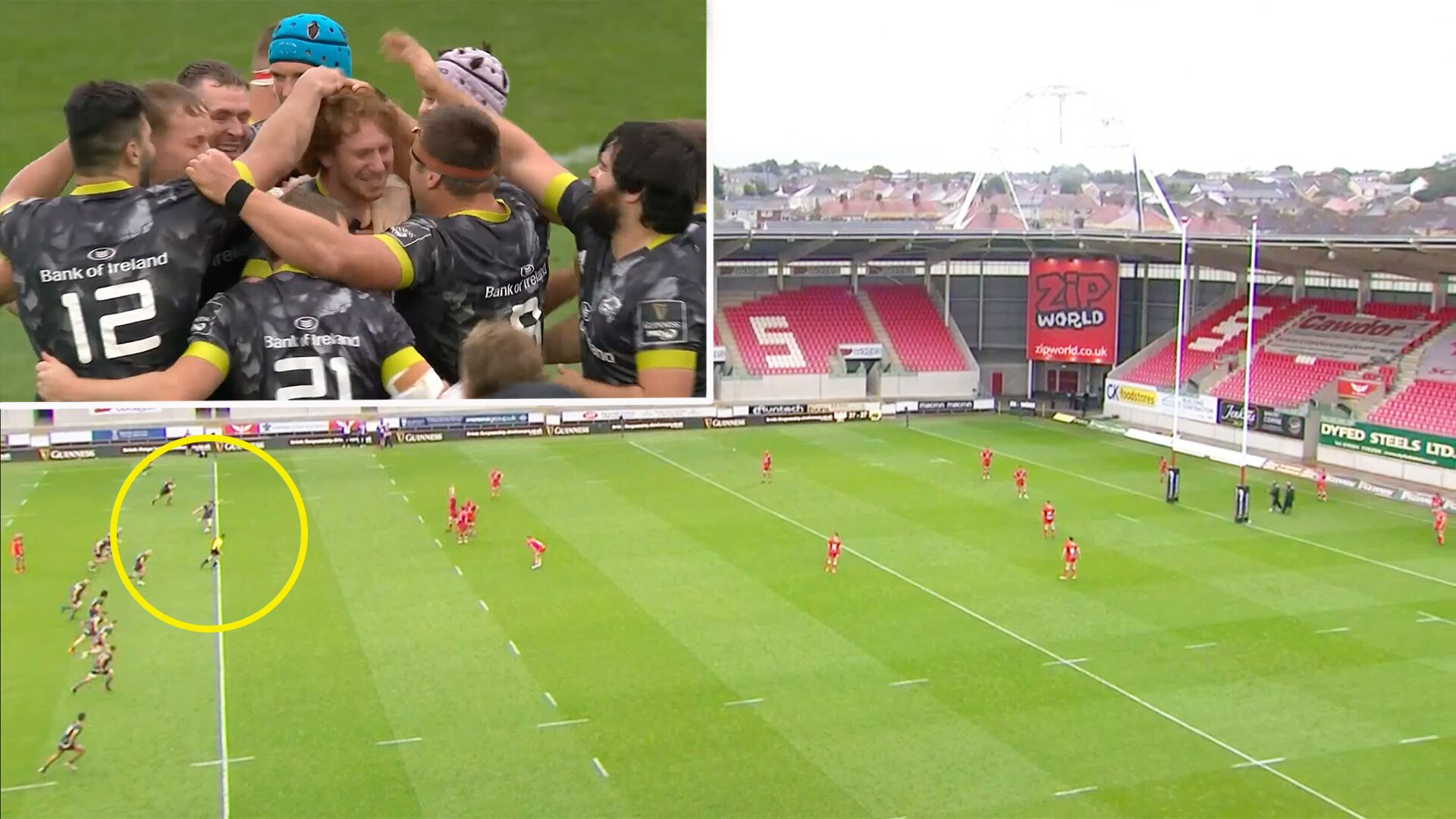 Munster made an incredible comeback to beat Llanelli Scarlets in their opening match of the 2020-2021 Pro14 campaign today.

There were scenes of jubilation at the final whistle as replacement back, Ben Healy, showed nerves of steel to nail a monster kick from his own half in the last play of the match.

The visitors found themselves down to 14 men in the first half after a Peter O’Mahony yellow card but that didn’t stop them from registering the first try of the game through Jack O’Donoghue.

Leigh Halfpenny was in brilliant form in the air and off the kicking tee as he saw his side through to a 15-7 lead at the break. It was his side that showed the most promise in the second half too with brilliant pieces of play like this from back rower, Blade Thomson.

Is Blade Thomson a winger now? 🔥

The hosts built a seemingly comfortable lead to pull away from Munster but the contest wasn’t over yet – we see here as Chris Farrell powers over from short range, putting his side back in the game but not without O’Mahoney being sent off for his second yellow of the day.

Bittersweet moment for @Munsterrugby 😬@Farrell_C93 powers over to keep them in the game but Peter O’Mahony follows through for a second yellow 🔸🔸🔴#GuinnessPRO14 #SCAvMUN
🇬🇧 Watch Live Now on @PremierSportsTV
🇮🇪 Watch Live Now on @eirSport & @TG4TV pic.twitter.com/TSLkKOLBjh

Munster hauled themselves back level in spectacular fashion to bring the scores to 27-27 with the clock in the red. They worked their way upfield to launch one last attack before being awarded a penalty just inside their own half. Step forward – Ben Healy

Ice, veins, you know the rest – what a way to win it for the young centre 👏

How crucial could that first #GuinnessPRO14 win of the season be in the long run for Munster? pic.twitter.com/ePPZpFvwya