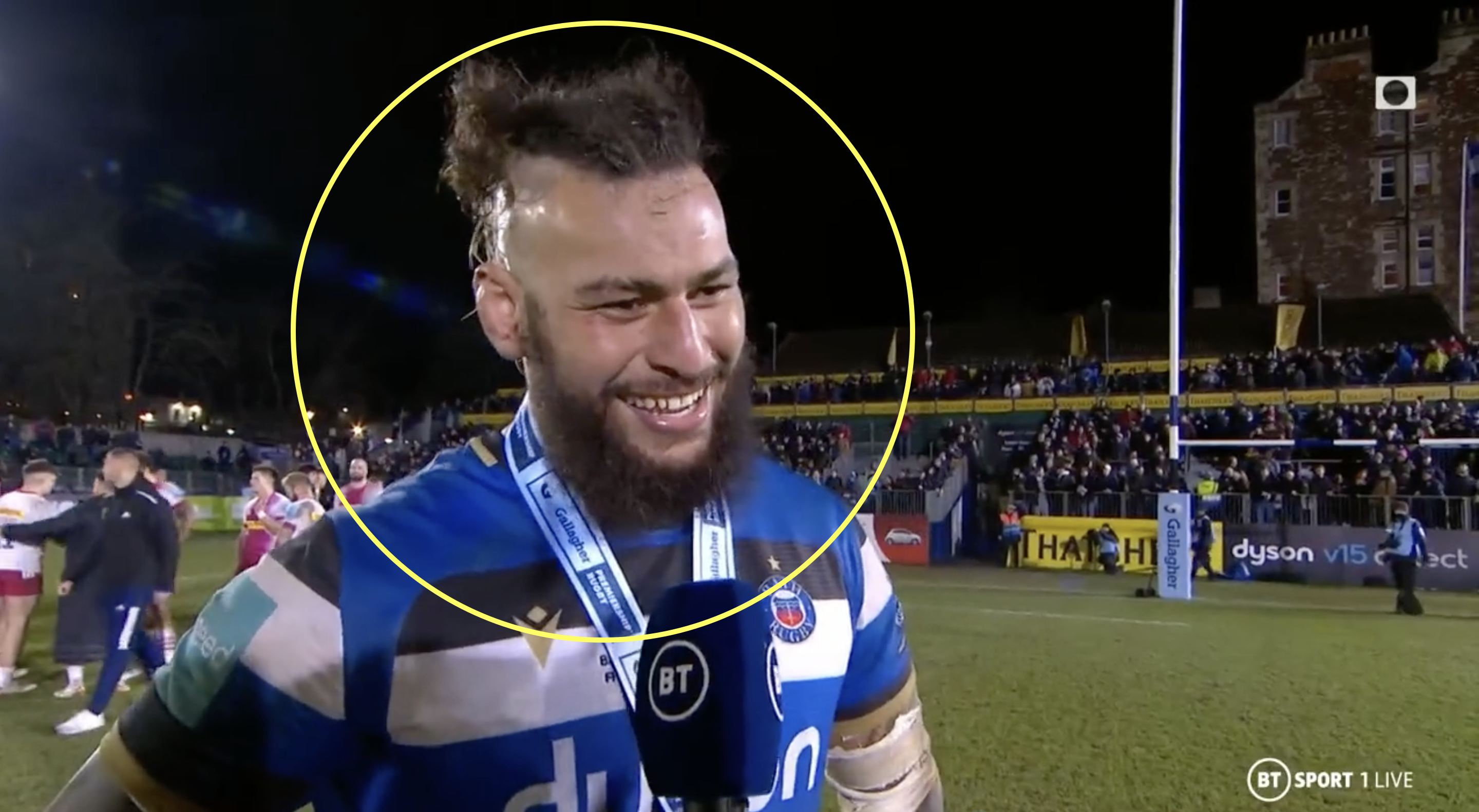 As far as weeks go in professional rugby, they do not get much crazier than Nathan Hughes’. This time two weeks ago he was a Bristol Bears player that was not getting a lot of game time. This time last week he had just played a game for Hartpury against London Scottish in the RFU Championship. Now he is a Bath player that was named man of the match last night in only their second win of the season against Gallagher Premiership champions Harlequins.

The 22-cap England forward made the West Country swap in the week, and made quite an impact in his first outing for his new side. The 30-year-old was monumental in the win, producing 48 running metres from 13 carries, on top of six tackles and one turnover. No one in either pack came anywhere near to matching his numbers in attack, and he proved to be the physical spark up front Bath have been missing.

But after a difficult start to the season with Bath, Hughes has every right to be quite bitter with the Bears and perhaps with director of rugby Pat Lam. However, when quizzed about it in his post match interview, Hughes was all class. This is what he said:

“You know, I love playing this sport. The rugby, we always like to play, but being on the sideline and seeing the boys perform and stuff like that. I was just buzzing to come out here and just perform. For me to perform with the boys and get the win, you know, it’s a credit to them. We’ll move onto next week against Sarries.”

It's been only four days since Nathan Hughes joined @BathRugby.

It didn't take long for him to make an impression 👏

Despite losing heavily at home last week to Leinster 64-7 in the Heineken Champions Cup, Bath are actually unbeaten in the Premiership in 2022, albeit from two games, but still sit at the foot of the table.