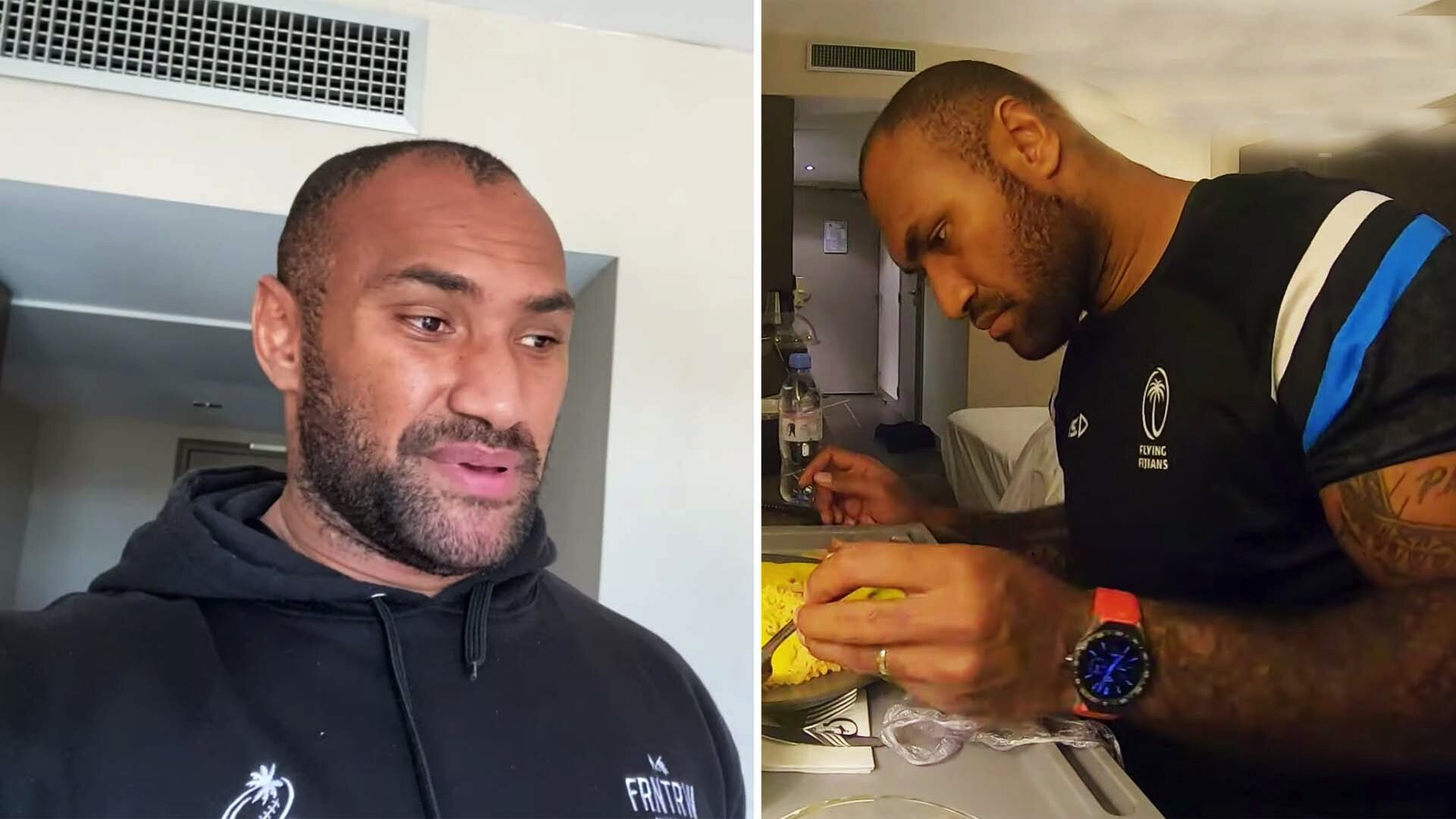 Fiji and Leicester Tigers man-mountain Nemani Nadolo revealed that he has lost about 8kg in weight as he and his teammates struggle with isolation in the Fiji camp.

The Fiji rugby team have all been in isolation for weeks in France after 29 players tested positive for COVID 19.

It has hampered the team’s preparation for the Autumn Nations Cup, meaning they have automatically forfeited their games against the likes of Italy, France and Scotland.

One player who has been able to document their problems is Leicester Tigers winger Nemani Nadolo who plays on the wing for Fiji. The Fijian has started a very popular vlogging channel where he has been able to show all sides of life as a rugby player in the modern world.

Nadolo, recently made a high-profile move from Montepellier in France, to England, where he now plays his rugby at Leicester Tigers.

The 32-year-old has been documenting his progress in the Fiji camp as the players continue to have to stay in their hotel rooms as they isolate.

In the video that he released, he spoke about how players can’t even have their rooms cleaned in the hotels as they are forced to completely cut themselves away from society.

Not a brilliant way to prepare for big Autumn International matches for sure.

The Fijian also revealed that he has lost 8kg in 3 weeks after he completely cut meat out of his diet. He spoke about how this has been difficult during these weeks in the hotel, but it is necessary as he looks to streamline for his rugby career.

Here is the incredibly interesting video where the Fijian speaks about the difficulties he and his team have faced in isolation.