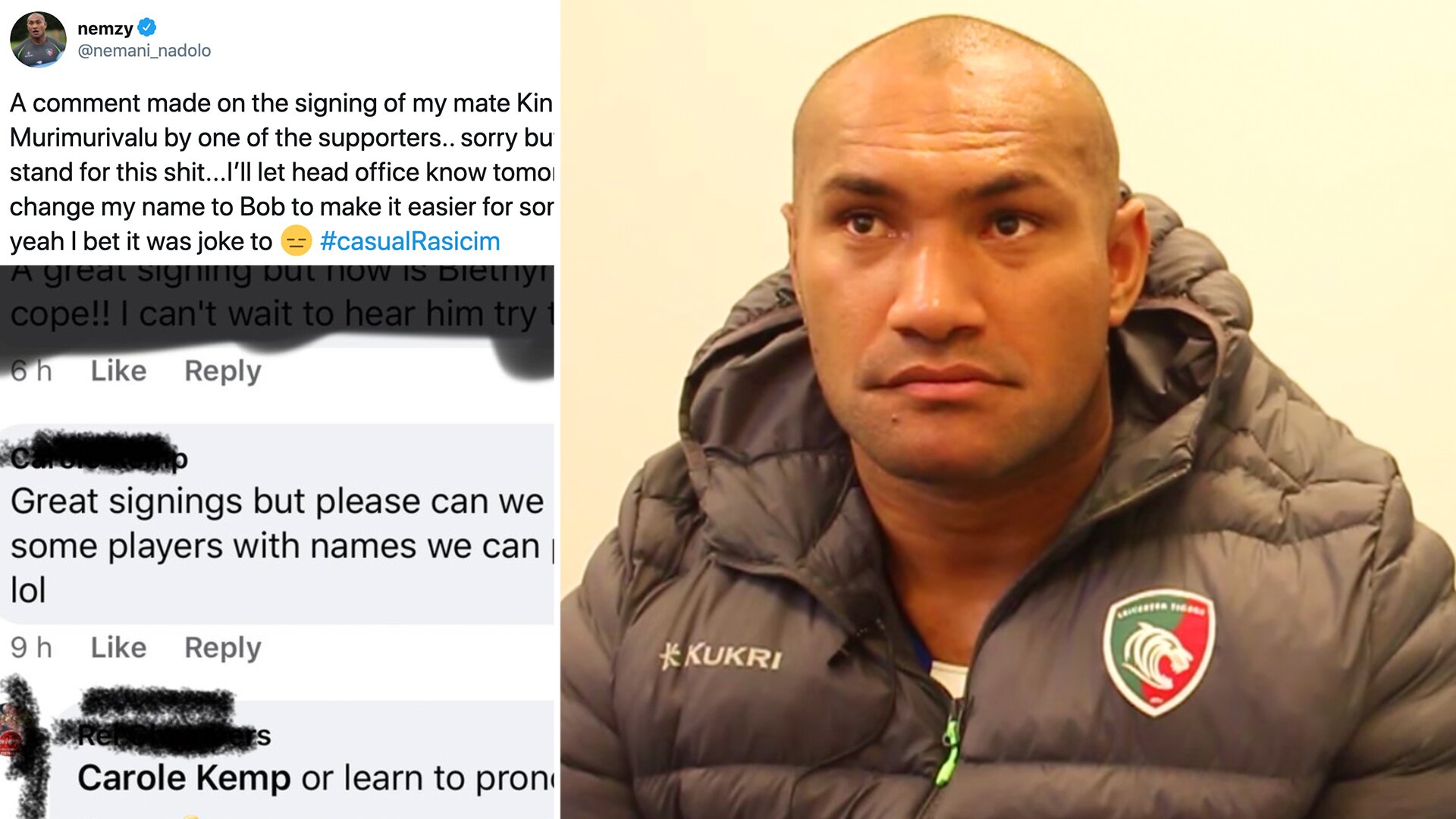 Leicester Tigers’ star new signing Nemani Nadolo has clashed with fans just a day after arriving at the Midlands club. The Fijian star, Nadolo was calling out fans for casual racism.

The star signing for Welford road arrived at the club yesterday officially for training, however, it seems that a conflict between him and the club has already occurred.

The 32-year-old took to Twitter late last night to call out a fan who was making fun of the pronunciation of some of the names of Leicester’s new signings.

The midlands team announced 5 new signings yesterday, a big statement of intent for the club. One of the signings was Fijian flyer.

Nadolo defended his new teammate on social media last night when a fan-made light of how thought it was difficult to pronounce the name of the new player.

In the tweet, Nadolo highlighted how this was #CasualRacism and that ‘I won’t stand for this’.

A comment made on the signing of my mate Kini Murimurivalu by one of the supporters.. sorry but I don’t stand for this shit…I’ll let head office know tomorrow to change my name to Bob to make it easier for some!.. oh yeah I bet it was joke to #casualRasicim pic.twitter.com/SRHAT9NoHB

The former Montpellier player then went on to ensure that he would let the head office at the club know about the incident.

This resulted in a toxic debate on the platform, with fans of the club saying that the name was in fact hard to pronounce, whilst other fans insisted that the name should not something that is made light of.

Nadolo made his first interview for the club yesterday as well, however, there was no mention of the preceding incident as this was filmed hours before it happened. We will follow Nadolo in this race row and add updates here as soon as possible.

The Fijian looked eager to impress in this interview!

Leicester Tigers have not yet commented on the issue.