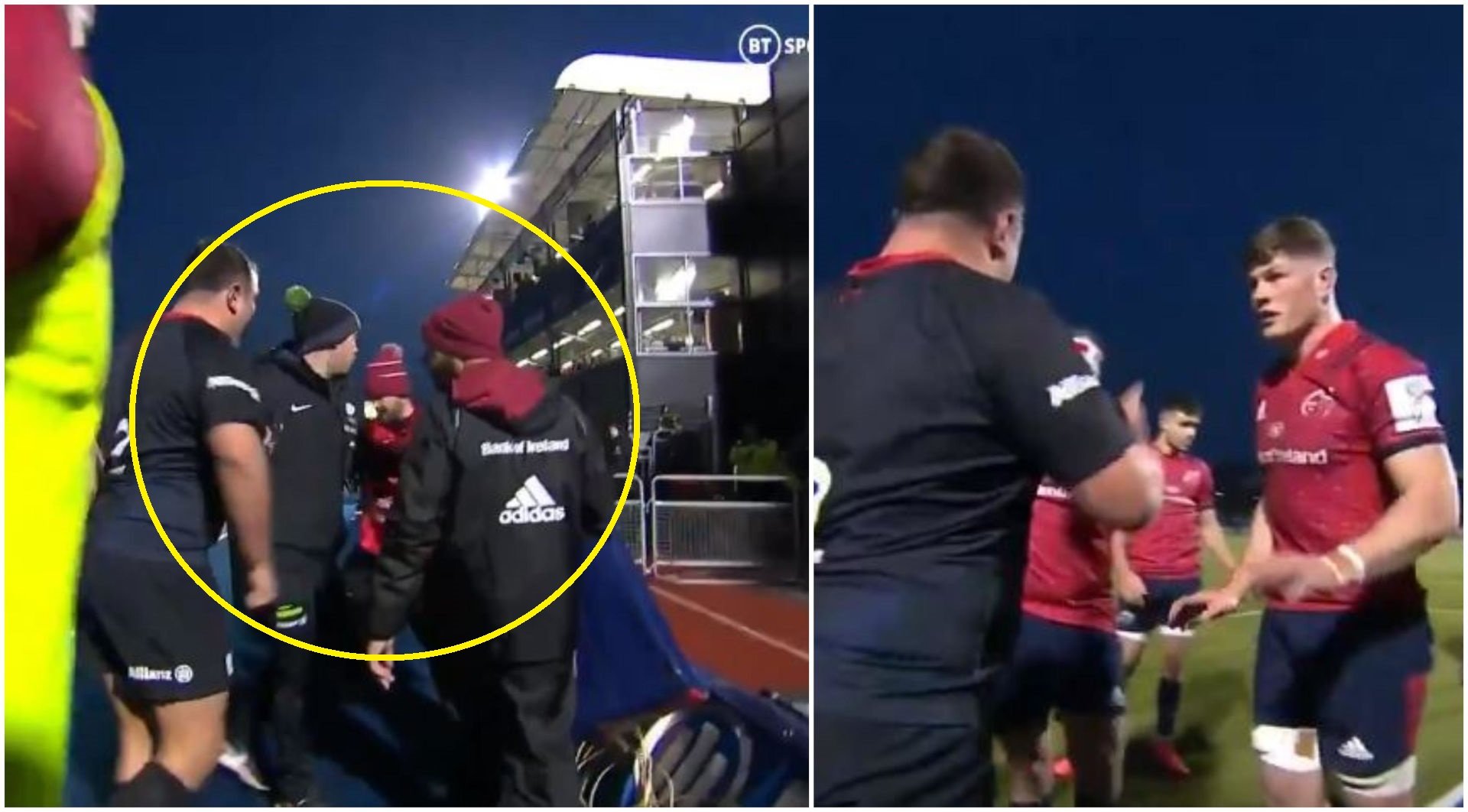 A new angle of the divisive all-in rugby brawl at Allianz Park last night has emerged and it sheds further light on what was a truly horrid incident.

Saracens have claimed that Munster’s medic had verbals with rotund England hooker Jamie George and it kicked off, leaving many fearful and sweaty.

“EPCR has decided to investigate incidents which occurred during the second half of the Heineken Champions Cup, Round 4 match between Saracens and Munster Rugby at Allianz Park yesterday (Saturday, 14 December).

“Information will now be sought from the match officials and from both clubs, and EPCR will be making no further comment until the investigation has been completed.”

Here’s the new footage below:

Managed to pull up the feed from the Munster medic's mic, pretty damning stuff pic.twitter.com/9emYJoi5l5

England men sevens ended their Cape Town Sevens campaign with a 17-12 defeat to the USA in the ninth place play-off.

Ollie Lindsay-Hague crossed for his fourth try of the weekend but Maka Unufe responded immediately before Danny Barrett and Carlin Isles made it 17-7 to the Eagles Sevens at the break.

Dan Norton reduced the arrears on 12 minutes to set up a tense finale but his try wasn’t enough for the men in white.

Head of England Sevens Simon Amor said: “On the back of a good start last weekend, this was a poor tournament from us.

“We went into the tournament from the off with a number of players injured and we never quite recovered.

“We weren’t able to adapt with players going into different positions which is disappointing and frustrating.

“The boys didn’t feel their effort was at the right level certainly in the France game.

“We’re pleased the effort was back up again against the USA, we just felt the decision making wasn’t quite right. We know exactly what we need to work on going forward.

“We’re hopeful the injured players will come back and be ready to rock and roll in Hamilton and Sydney which presents a good opportunity to keep progressing and improve our game.”