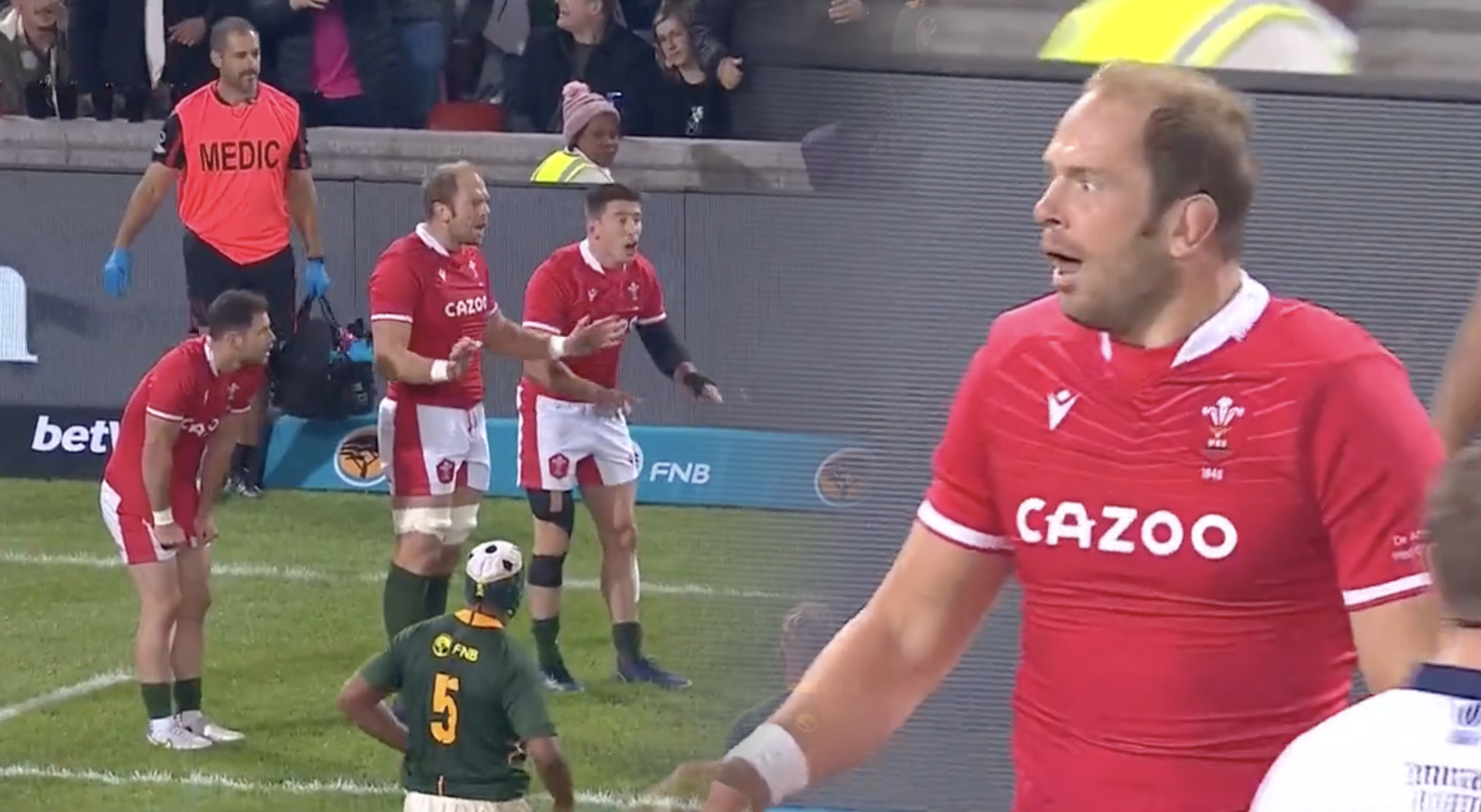 When the South African pack blitzed the Welsh scrum on Saturday in the final play of the game for what look to be a clear (and probably match-winning) penalty, many spectators probably had the outlook ‘well Wales were unlucky with the Alun Wyn Jones yellow card, so it is swings and roundabouts in terms of refereeing decisions.’

This is because 25 minutes before, former captain Jones was being shown a yellow card by referee Angus Gardner for “cynical hands” in the ruck after a Springboks break. Jones and teammate Josh Adams protested passionately against the decision, claiming the lock never touched the ball, and it looked as though they had convinced the rugby world that that was true, as pundits and fans questioned the decision online.

Even the slow motion replay from the sideline appeared to show no interference by Jones, as Gardner was lambasted for a terrible decision, which many felt could have decided the match at the time.

However, some eagle eyed viewers have rewatched the incident in normal time, and there is one angle that proves the Australian referee was right all along.

There is a split second when the 164-cap veteran lunged over and tapped the ball away, which can only be seen in normal time. This was the exact moment in the match: 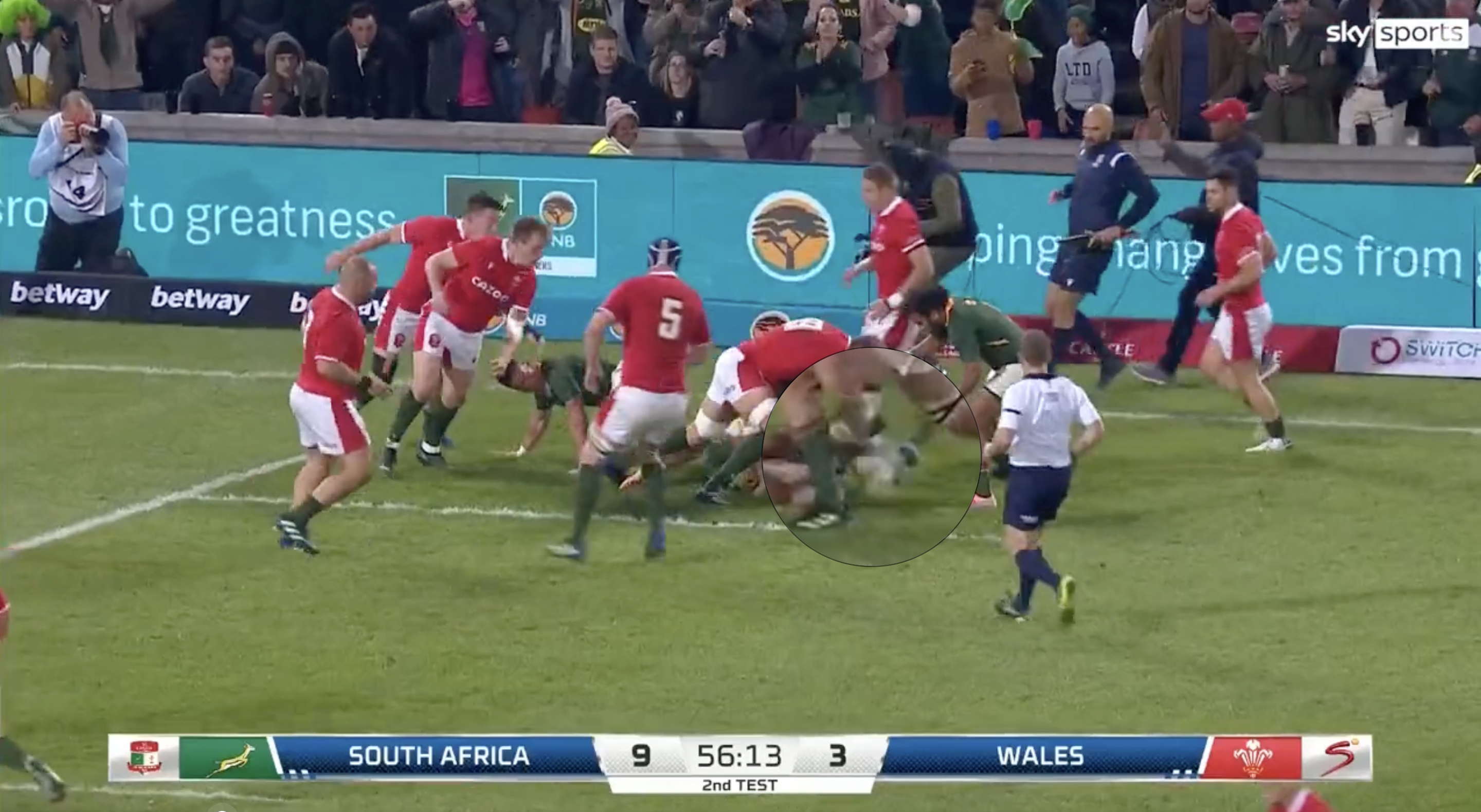 Although it is not the clearest, there is a definite hand on the ball a split second before it pops out of the ruck. The reason why no one thought this was Jones is because the view of his hand in the ruck from the slow motion replay from the other side is blocked by teammate Liam Williams at that exact moment. As you can see from the image above, Williams (to the left of the ruck), is in front of the camera. So the side view looks like this: 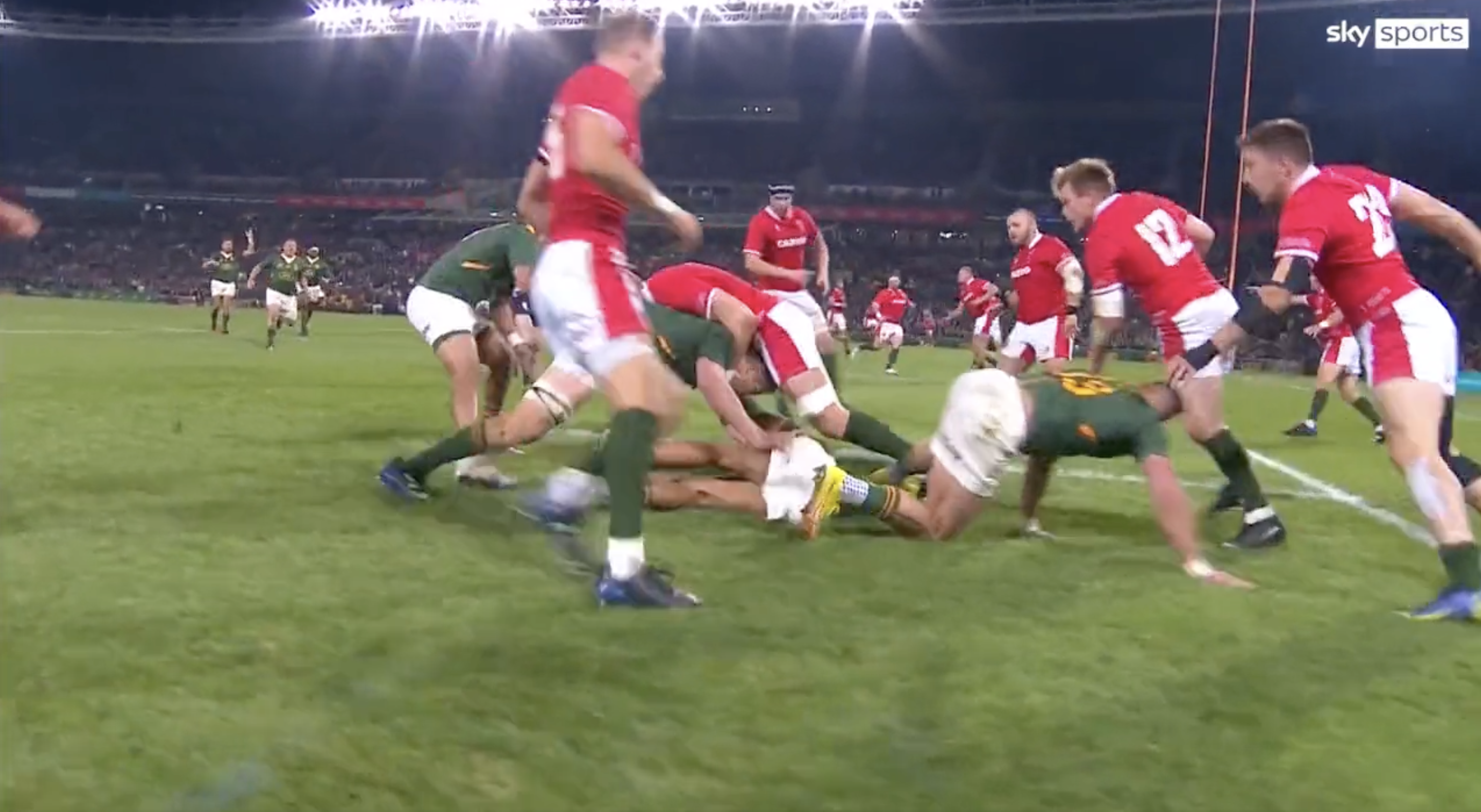 This was a brilliant piece of acting by Jones, but he knew deep down that he touched it, and despite being the most experienced player in the history of Test rugby, even he didn’t know that Williams was blocking the camera angle of him cheating. If he did, it may well be the greatest piece of skullduggery of all time.

Take a look at the full clip:

He sends Alun Wyn Jones from the field and the experienced lock is fuming about it, as he feels he did nothing wrong. 😤