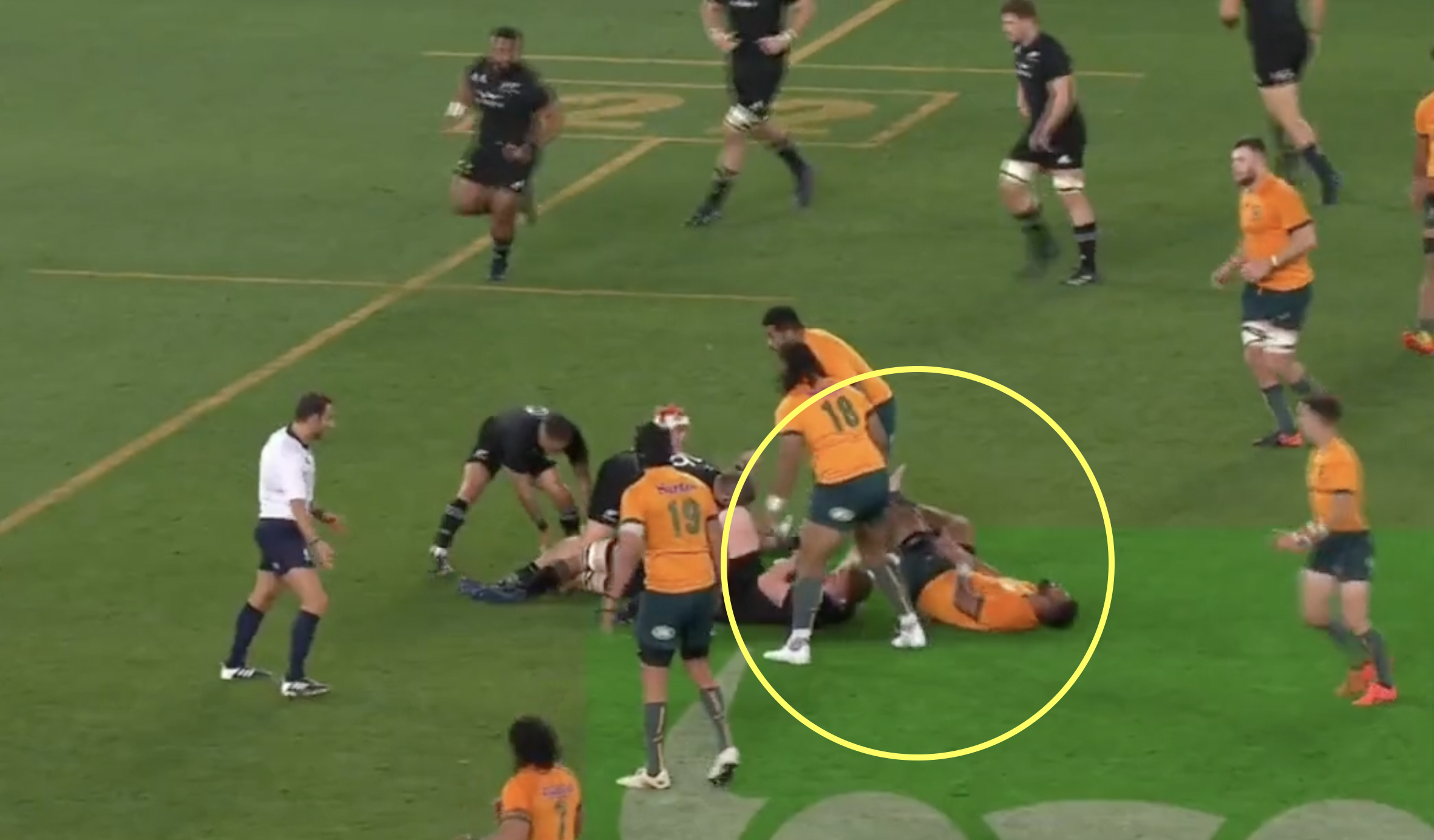 Australia lock Darcy Swain was handed a six week ban today for his dangerous clearout in the first half of the Bledisloe Cup last Thursday that left All Blacks centre Quinn Tupaea with a serious knee injury.

Swain was only shown a yellow card by referee Mathieu Raynal, much to the consternation of the rugby world, and his six week ban has also been deemed generous by many people.

The 25-year-old was found guilty of  contravening Law 9.11 that “players must not do anything that is reckless or dangerous to others,” and his coach Dave Rennie said after the ban was handed out to his player that “it met the red card threshold and he got punished accordingly.”

However, Rennie also fired back at the All Blacks, who have been critical of Swain this week. Beauden Barrett said that this was a “free shot” from Swain on a “sitting duck,” while Aaron Smith said that injuries of this nature can be controlled.

Rennie responded by saying that the All Blacks also produced a sketchy clearout that went unpunished. This was concerning a clearout by prop Fletcher Newell on fellow prop Scott Sio in the 72nd minute which resulted in the Wallaby sustaining a hamstring injury.

“I mean we’re not that excited by Fletcher Newell’s cleanout on Scott Sio which leaves him out for three weeks and (Newell) didn’t get cited or carded.

“(Swain) has been punished and six weeks is a hefty punishment I reckon… but Fletcher Newell gets to live another day.”

Jared Wright has shared footage of this clearout, and it does not look good. Newell comes in at the side of the ruck and targets Sio’s left leg, putting his weight on it while dragging him backwards. He did perhaps not hit the leg of Sio with the same force Swain hit Tupaea’s, but World Rugby Law 9.20.d states: “A player may lever the jackler out of the contest at the ruck but must not drop their weight onto them or target the lower limbs.”

Scott Sio injured because of this clearout by Fletcher Newell.

Dave Rennie said they used it in Swain’s hearing and were told that he should have been cited for it.

Doesn’t look great from this angle and it was the only one shown during the game. pic.twitter.com/ziCsuCNcsS