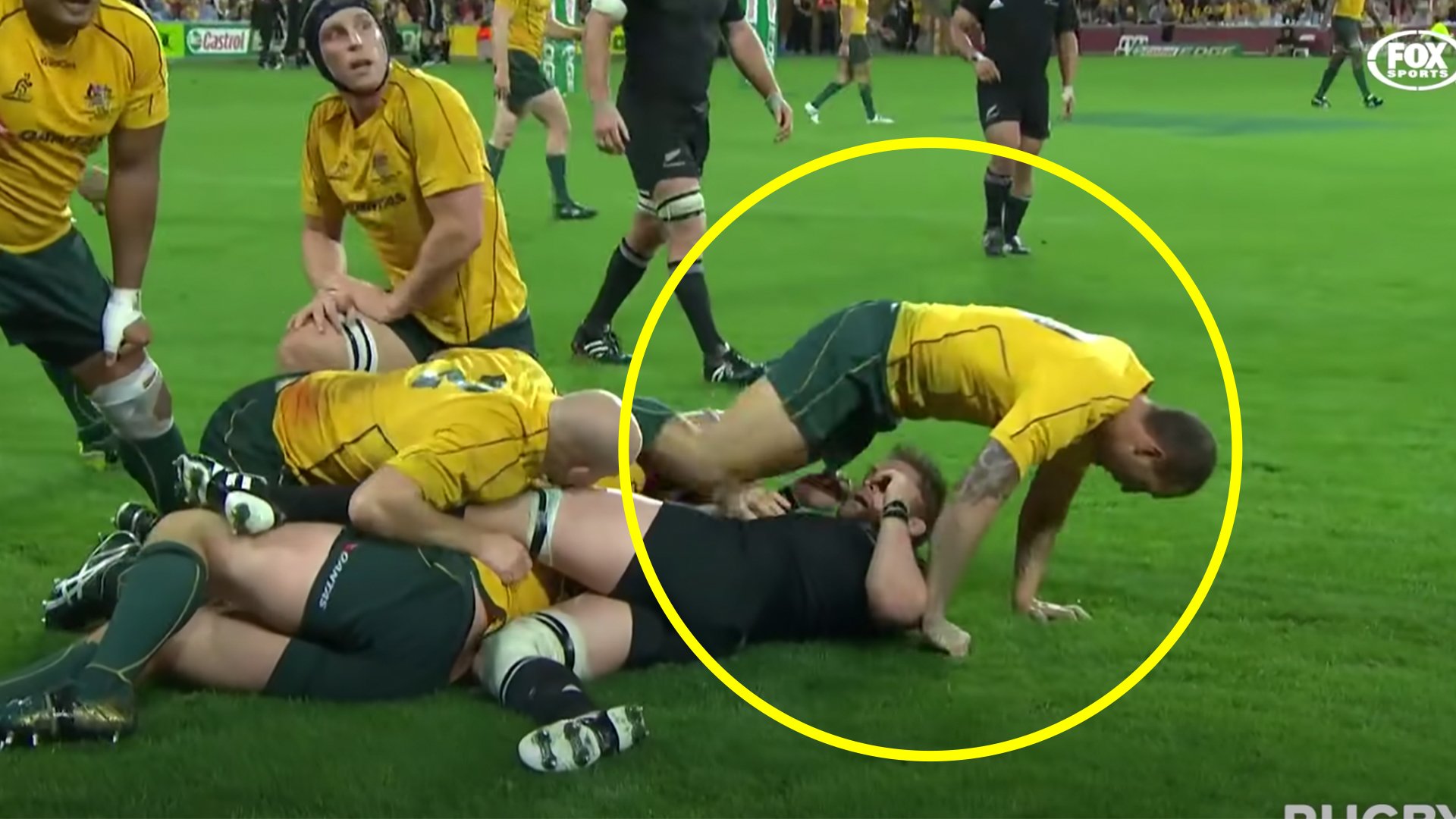 A clip from a newly released archived game by Australia reveals the reasons why so many New Zealanders still despise Quade Cooper.

This article directly follows a brilliant piece by RugbyPass yesterday.

In 2011, Quade Cooper was the hottest thing in rugby. Coming in after a sensational season winning the Super Rugby with the Reds, Cooper was the main rival to the All Blacks going into the 2011 World Cup.

Tensions were high between Quade Cooper and New Zealand already. When Australia beat the All Blacks in Hong Kong in 2011, the maverick 10 started a feud with All Black fans by deliberately pushing Richie McCaw after they scored.

Fans began to despise Quade Cooper after this happened. But this wasn’t the real moment that stained Quade Cooper in the eyes of the New Zealand public.

It was another tri-nations match where he attacked the All Black legend Richie McCaw yet again.

It was the Tri-Nations match at Suncorp Stadium between the All Blacks and Australia.

In the 54th minute of the game, Cooper slyly dug his knee into the head of All Blacks captain Richie McCaw – an action that forever poisoned the playmaker in the eyes of the New Zealand public.

You can clearly see Quade Cooper knee Richie McCaw in the face in what seemed to be a pre-meditated attack.

Cooper was later cited for the knee but nothing came of it – except incessant, endless booing from NZ crowds whenever Cooper came to town.

RugbyPass talk about how this started a hatred for Quade Cooper among Australian fans.

Boos ran out across the ground whenever Cooper touched the ball – even in the matches leading up to the finals – and the man who helped dismantle the All Blacks just a couple of months later looked completely rattled.

The 2011 Bledisloe victory for the Wallabies should have paved the way for future successes but it may well have simply hardened the Kiwis’ resolve and unleashed a crowd of braying, bloodthirsty fans on a man who grew up in the small town of Tokoroa but found his countrymen turning against him.