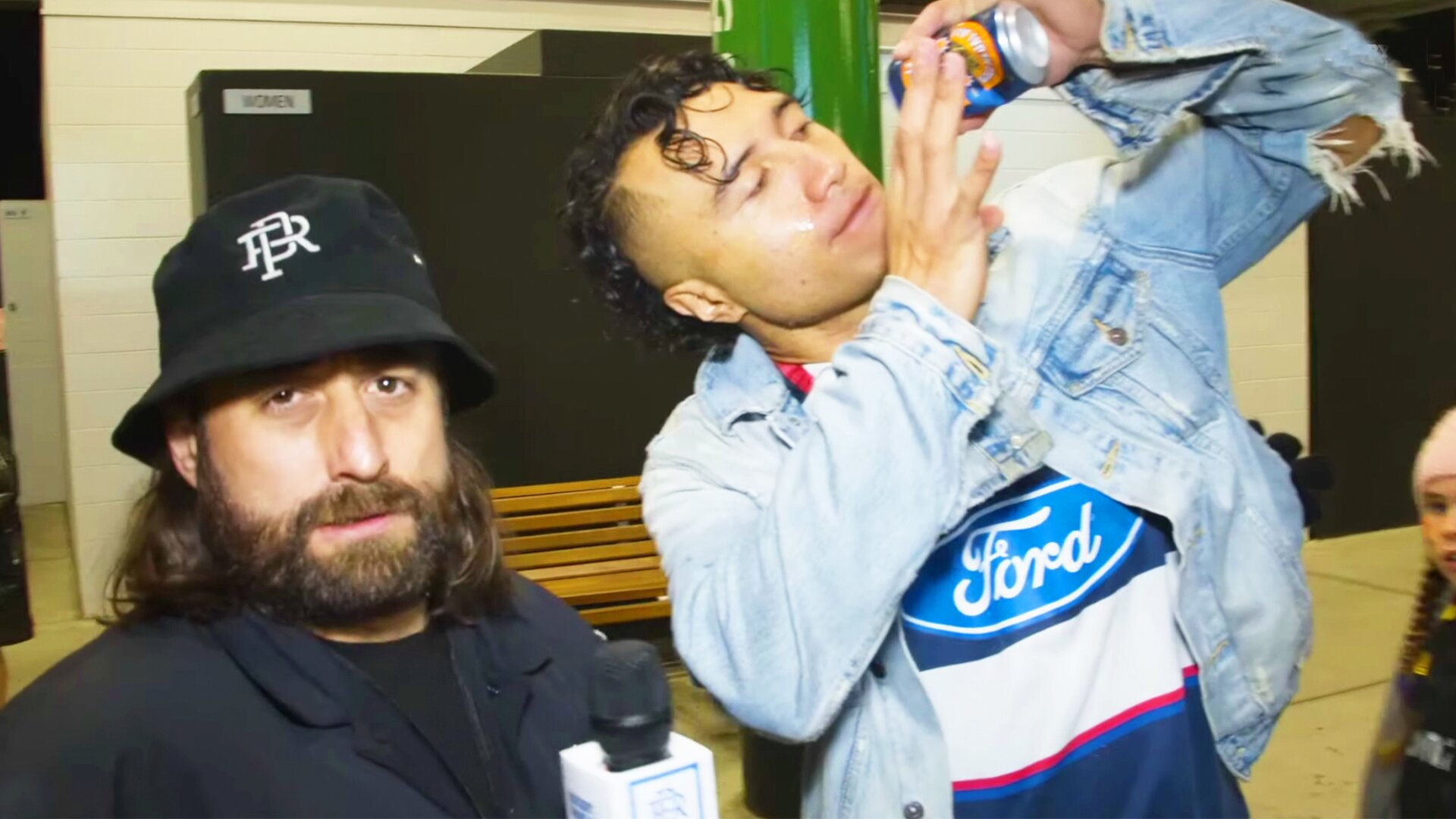 Chiefs v Blues: Fans on a different level to anything you have ever seen!

This new footage has emerged from last weekends Super Rugby encounter between the Chiefs and Blues in New Zealand.

The video, filmed by RugbyPass, shows reporter Sam Smith interviewing fans before and after the showpiece fixture in Hamilton.

Tonga players will be lucky to earn £100 this November against @EnglandRugby if game goes ahead… and here we are discussing banning a damned song 🤪https://t.co/vy1uQkMwa8

We see as fans from both sides descend on the FMG Stadium Waikato before the match and it’s clear that the hospitality had been enjoyed greatly by members of the travelling fans.

RugbyPass’s Sam Smith spoke to a number of fans before and after the match, one sporting a spectacular dyed-blue mullet.

We watch as the young Blues supporter berates the losing fans after the game in true Kiwi fashion.

Reporter Sam Smith does incredibly well to stay professional and composed as he is swarmed by fans – some of whom try plant kisses on the reporter.

Watch the brilliant fan cam below

Preparations for the 2020/21 Championship season at Saracens have stepped up another notch with their recruitment of Harry Sloan, the 26-year-old midfielder who has spent the past two seasons playing for Ealing.

The recruitment of the back from Trailfinders, who have had two consecutive second-place finishes in the Championship, follows Tuesday’s announcement that Will Hooley, the USA out-half, has been signed from Bedford, another second-tier rival.

With rugby in England restarting with the backlog of games from the suspended 2019/20 Gallagher Premiership season, Sloan should feel right at home as he made 36 appearances for Harlequins in all competitions before switching to Ealing in 2018.

Extremely happy to sign for such a great club, looking forward to what the future holds @Saracens https://t.co/YGanU8ktBc

There will also be familiar faces ready to greet the centre at Saracens as he played on the same England Junior World Championship-winning side in 2014 as Nick Tompkins, Tom Woolstencroft and Maro Itoje.

“It was a brilliant opportunity for me to join the club,” said Sloan to the Saracens website after his latest decision to move London clubs. “They got a really rich success and a great culture and it was a pretty easy decision.