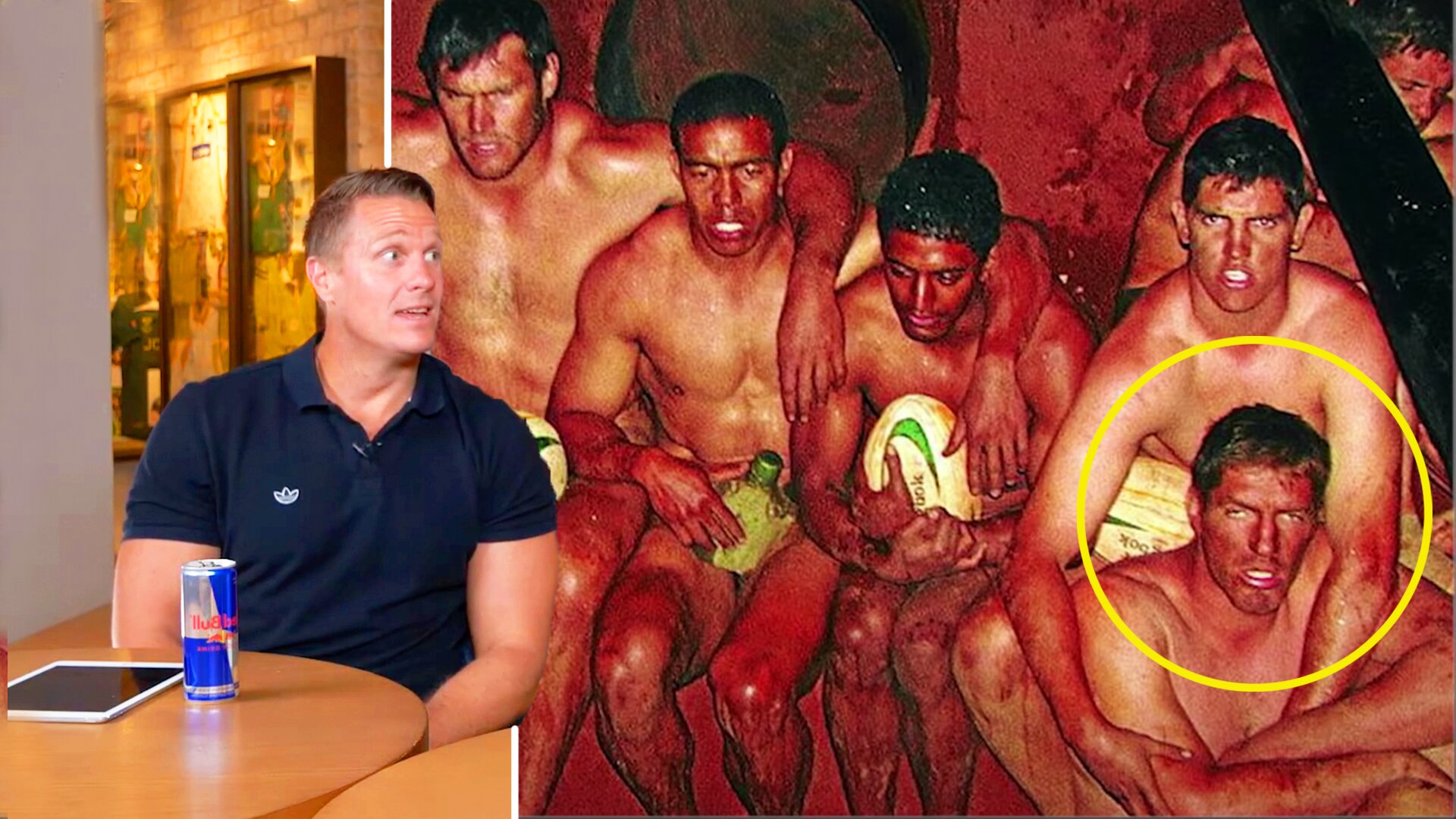 In a new video from the ‘Use It or Lose It’ podcast – World Champion Springboks Smit and Burger went into some of the details of the notorious episode in South African rugby.

The players were made to undergo tasks under extreme conditions The training camp was done as a precursor to the teams ill-fated World Cup campaign in 2003.

When details and images from the military-style training camp emerged, it caused great controversy in the media.

This brilliant new video reveals some of the unknown details about that infamous chapter in Springboks history.

The players, as Burger explains, were transported to the location near Bela-Bela in blindfolds as they were stripped naked.

On arriving at the camp, shots were fired above the player’s heads. The squad was then made to leopard crawl along a gravel path to their base before they began their gruelling regime.

lockdown has been good to Jonny Sexton

One of the most horrific stories was told by Webb Ellis Cup-winning captain Smit – who described one particularly grizzly story from Staaldraad.

He tells how players were told to crawl through a hole into a dark underground pit.

The players were then made to huddle together for hours underground whilst being doused with freezing cold water. All the while with the sound of the All Black haka blaring in the background.

There have been bits of information about the training camp that have leaked over the years. Such as players being made to fight each other in boxing gear to see who was most worthy of a World Cup spot.

Not long to wait now!

Players were also allegedly made to go with just water for prolonged periods of time – having to earn any food they could get.

More stories emerged of how when the time for food came. The instructors would bring in two live chickens and put on a fire.

The players were told, ‘There’s your supper, there’s the fire. Do whatever you want’.

This camp was clearly put on to break the Springbok players before building them back up.

Check out these incredible stories in the video below