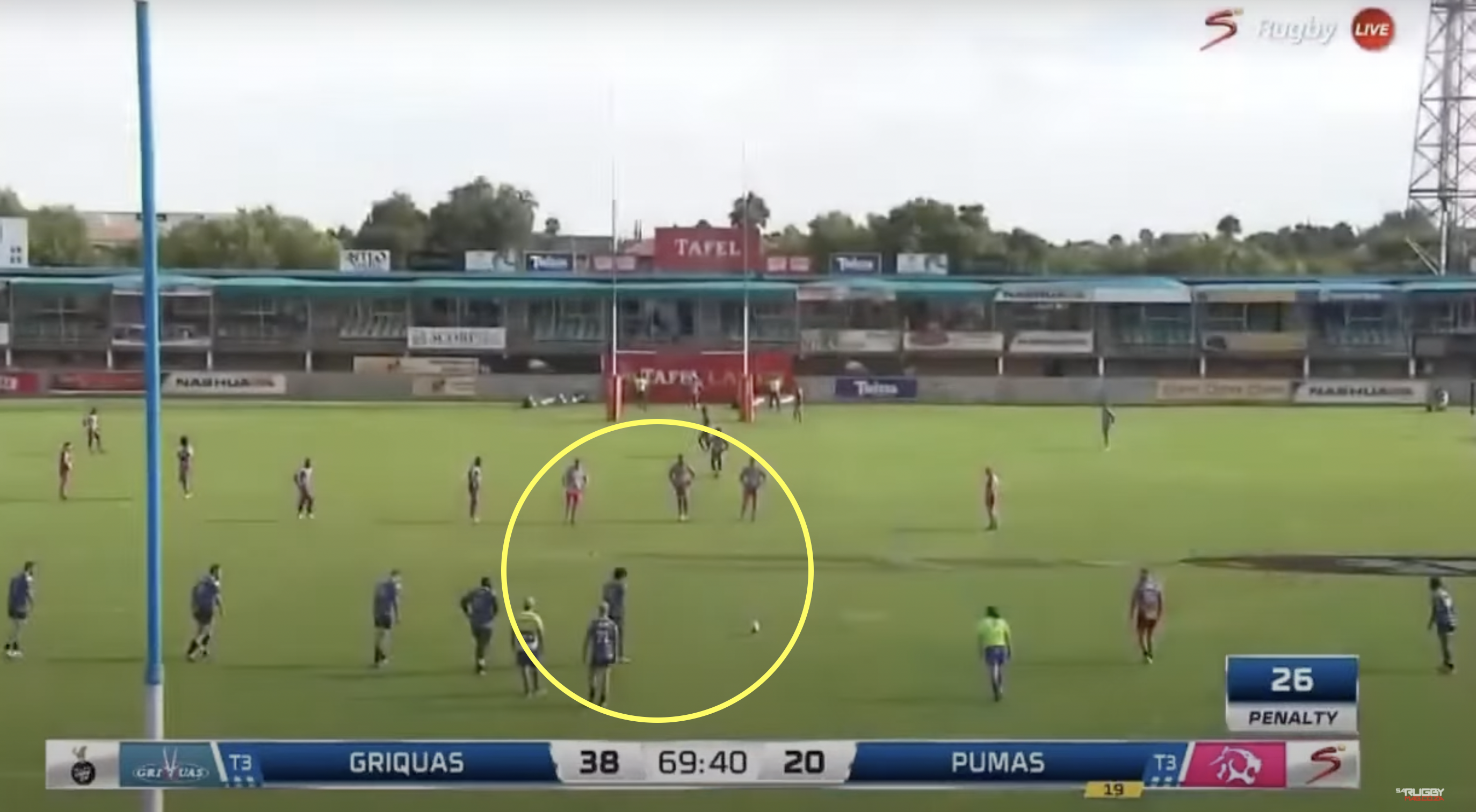 New Frans Steyn 2.0 kicks monster penalty that the RWC winner could only dream of

The Springboks’ Frans Steyn has established a reputation over the last 15 years of having one of the biggest boots in Test rugby, but there is a new kid on the block that may be able to rival that.

Griquas centre Zander du Plessis casually casually slotted a 65 metre penalty yesterday in the Currie Cup against the Pumas, a kick Steyn could only dream of converting.

To be fair to Steyn, he has been known to slot kicks from a similar distance, as he did for Racing 92 against Leinster in the Heineken Cup in 2010. That kick was a reported 66 metres, meaning du Plessis still needs to up his game. Take a look at the kick:

Elsewhere in South African rugby this week, the Blitzboks won the Seville leg of the HSBC World Rugby Sevens Series, meaning they have won all four tournaments in the 2022 season so far.

“This was an incredible performance from the team,” head coach Neil Powell said after beating Australia in the final.

“They showed big hearts, lots of fight and lots of courage during the weekend. Losing three senior players in Dewald Human (suspended for the final day), Branco du Preez (shoulder injury) against Scotland and Justin Geduld (knee) in the first half of the final against Australia, were huge setbacks, but the team just kept on fighting.

“There is a real pride playing in that jersey and what it represents for us as South Africans.

“The standards the guys set for themselves are also incredibly high and that is great as they then apply the same to the team.

“Credit also to the wider system, there is a massive amount of work that is put in back home in Stellenbosch and that prepares the guys well when they have an opportunity in the World Series.”