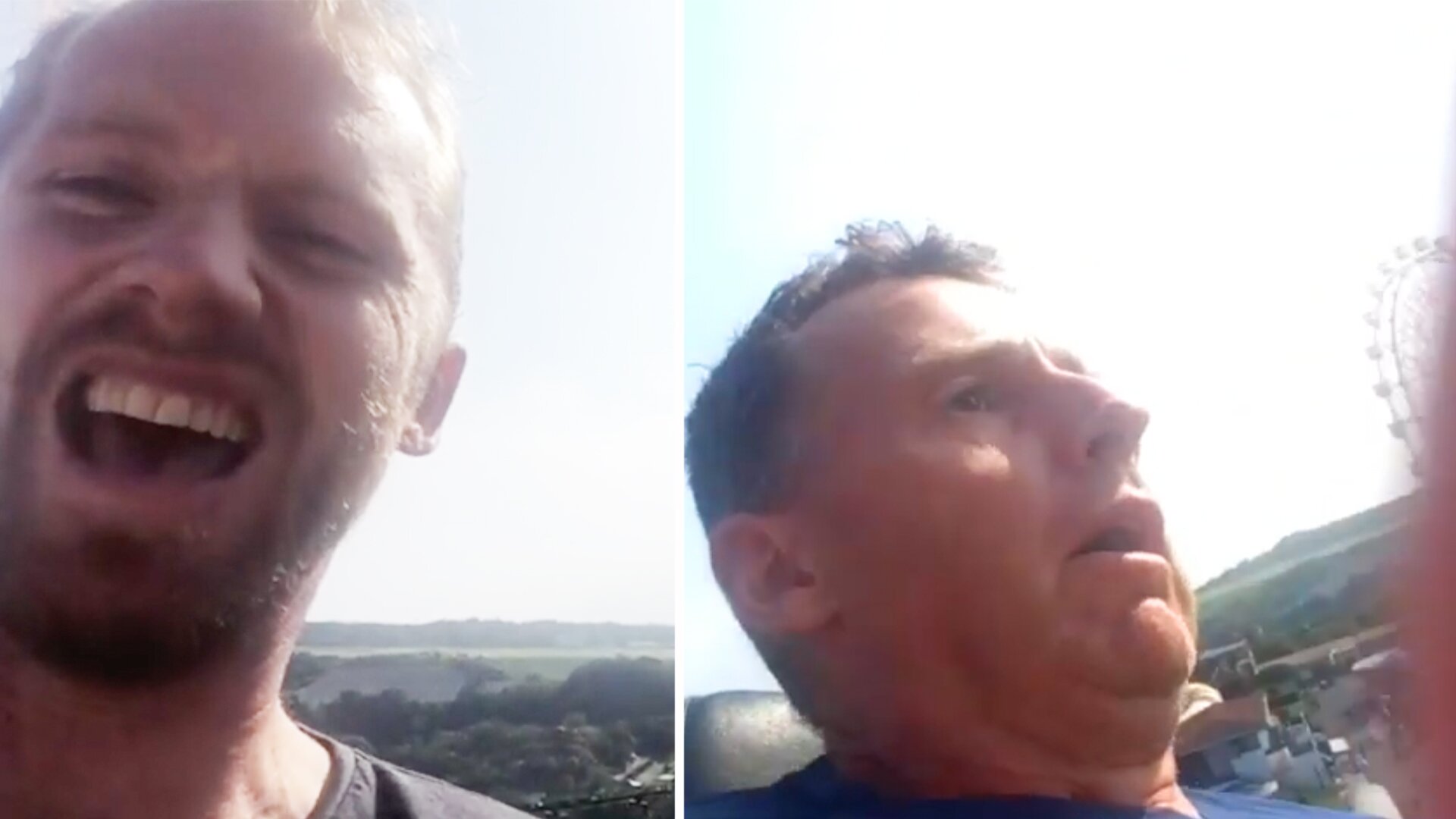 I think we can ascertain one thing from this new video footage. Nigel Owens is NOT a fan of roller coasters.

The new video that has been posted on Barnes’s Youtube channel features both of the legendary rugby referees as from a World Cup training camp that both attended in the past.

We’re surprised that Nigel Owens made it to the end of this ride.

The video starts off with the pair together in a cart as it makes it’s way up what looks like a very steep incline.

We watch as the ground slowly moves out of sight as the theme parks other attractions start to grow smaller and smaller.

A smiling Wayne Barnes gives a little introduction to where they are whilst we see Nigel Owens in the background with his head in his hands – clearly dreading the drop that is imminently about to come.

If you really want to make the most of this viewing experience, watch it in slow motion. Watch the hilarious new Nigel Owens video below.

Forgotten star of the 2013 British and Irish Lions tour, Dan Lydiate, will lead Ospreys for the third time this season when they take on Leinster. The 32-year-old be will joined in the engine room Wales Test internationals Adam Beard and Bradley Davis.

“It’s been a long time coming…everyone was desperate for the win, and put their bodies on the line.”

The chop tackle technique became a mini-trend in the game in the early 2010s and Lydidate was its key exponent and was largely credited for driving its popularity. Capped 64 times for his country, injury and move to Racing 92 disrupted his Test career. The 32-year-old hasn’t been capped by Wales since 2016 when a cruel injury against South Africa once again put pay to any Test ambitions.

Alongside him in the back-row is Gareth Evans at number 8 and Will Griffiths who makes his first PRO14 start for the Ospreys. An unchanged front five sees Rhodri Jones, Dewi Lake and Ma’afu Fia line up in the front-row and Adam Beard and Bradley Davies in the second. Ifan Phillips, Gareth Thomas and Tom Botha provide the cover off the bench alongside Olly Cracknell and Ospreys debutant Rhys Davies.

In the backs Cai Evans comes into the starting line-up alongside the unchanged duo of Luke Morgan and Mat Protheroe on the wings. Joe Hawkins and Scott Williams maintain the centre partnership with Reuben Morgan-Williams and Josh Thomas taking the keys to nine and ten shirts once again.

Off the bench Callum Carson is named after making his PRO14 debut last weekend, alongside the experienced duo of Hanno Dirksen and Shaun Venter.

Speaking ahead of the game, Head Coach Toby Booth said: “I am less worried about Leinster and where they are in their journey as a team, everyone knows how good they are, they are the market leaders in the PRO14. Everyone knows they are there to aspire to but we can’t control them and I am more interested in what we do and how we respond from last week.

“The character side of our team I am really proud of. The ability to keep fighting until the bitter end and we came up short, only just, last Monday, but if we have good character, a good culture and consistent performances you get closer to teams like Leinster.

“We are looking forward to the challenge and it’s another opportunity to see where we are.”