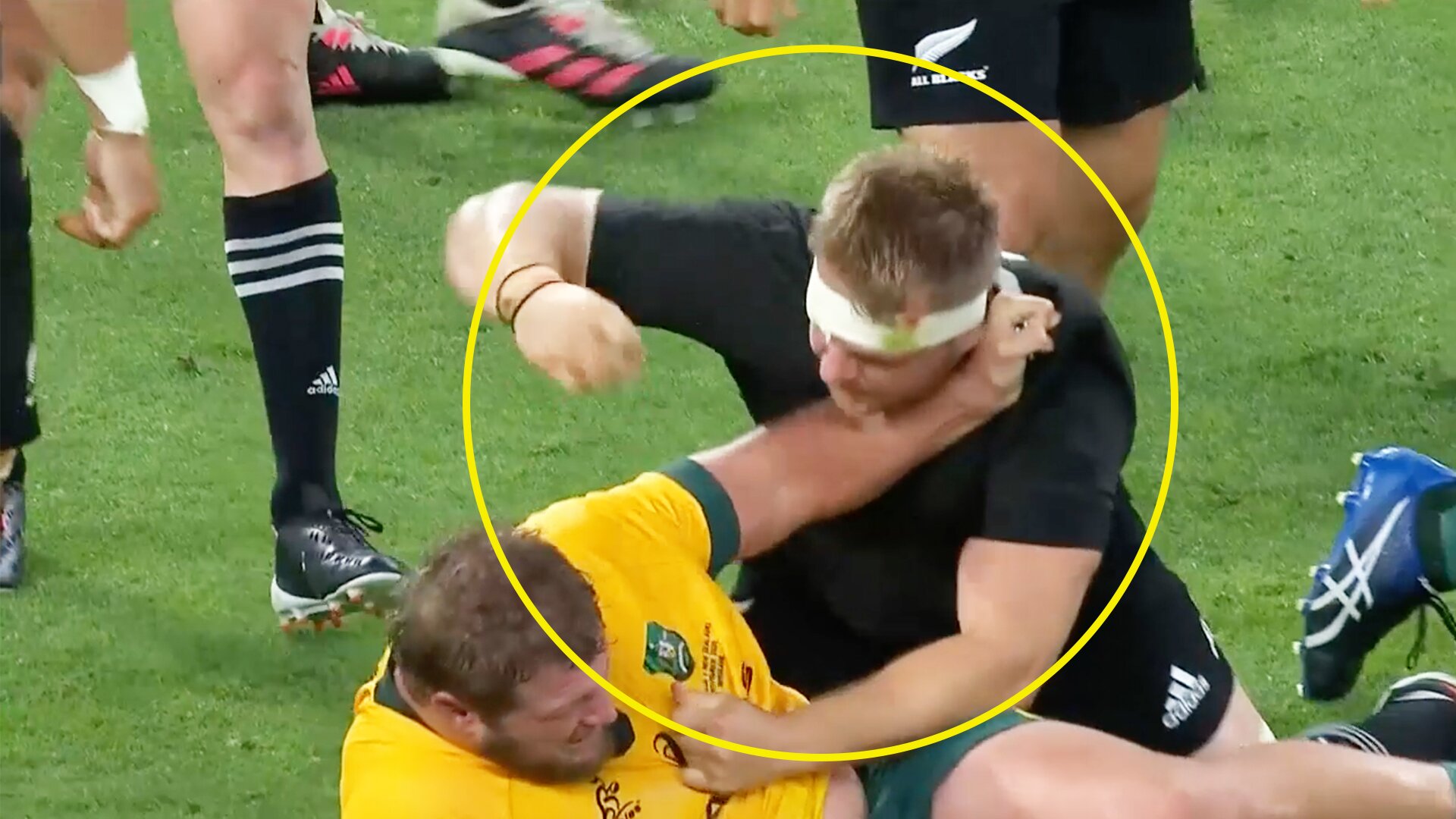 It was a bad day at the office for the All Blacks and an even worse one for Sam Cane after a stunning Bledisloe Cup defeat to the Wallabies.

The Australians recorded a 24-22 win in Brisbane in a fiery clash which saw three endings off in the first half.

This moment of madness from the New Zealand skipper seems to have gone under the radar – but nothing evades the ever-watchful eye of Rugby Onslaught.

In a blockbuster first half – we saw two red cards for either side as well as a sin bin for Australia in the dying moments before the break.

Each of the incidents were almost carbon copies of each other with shoulder tackles making contact with the head. After the New Zealand sending off, tensions were high with the All Blacks under big pressure and a time for calm heads. It seems that Sam Cane didn’t get the memo.

We see as Sam Cane is cleared out by James Slipper on the deck in legal fashion. We then watch on as Cane unleashes a right hook in the face of the Australian. Watch the sickening moment below.

Tasty clash in Brisbane this morning. Sam Cane taking no prisoners on the deck 💥 🥊 pic.twitter.com/qT2itJeZog

We can hear commentator, Justin Marshall, focusing on the clear out here as he brushes off the haymaker as a ‘palm off to the face’. This really does take the biscuit.

James Slipper managed to walk away from this daylight assault on what was his 100th test cap for his country.

That didn’t stop the All Black skipper from coming up to him after the game and demanding that he give him the wine that was given as a gift to mark his centenary. Playground bully comes to mind. 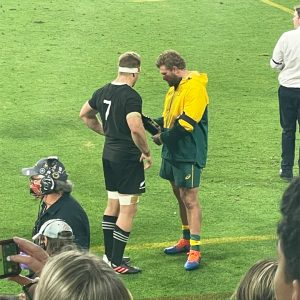 The Wallabies went on to win this epic encounter in Brisbane in what was one of the most entertaining rugby spectacles of the year.