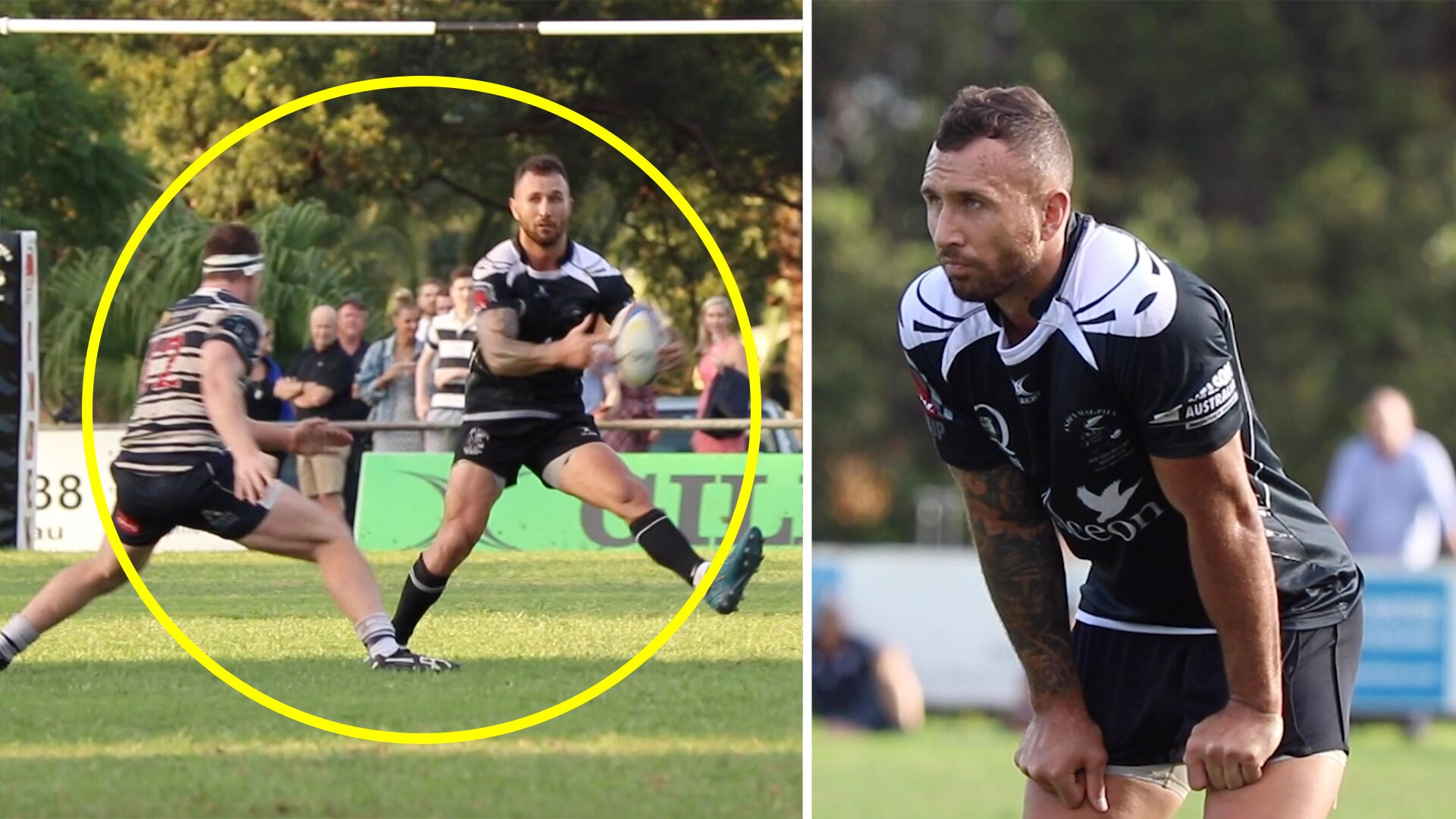 A video has been released showing the time when Quade Cooper briefly played semi-professional rugby back in 2018 when he was exiled from Super Rugby.

The video shows the Australian playing while he was in rugby exile from the Reds after falling out with Brad Thorn in rugby.

The 32-year-old  has made massive viral hits over the Summer with some sensational videos on social media.

They laugh at me for being different.. I laugh at them for being the same 🤡 #imdifferent #different #beyou pic.twitter.com/6Kb8as8IRA

A video was released today by RugbyPass, showing his highlights from the brief amount of time that he spent in rugby exile in Australia. He could not play for the Reds at the time because he and coach Brad Thorn did not get on at all well together.

Quade Cooper was effectively exiled from Super Rugby at this point because he had no pro teams to play for and he was still contracted to the Reds.

This meant he decided to spend his time playing for smaller clubs in the area. We can’t even begin to imagine what it must have been like to play alongside him as a normal amateur player.

The four-minute highlight reel shows him playing in four matches for semi-pro side, Souths in Queensland.

Big crowds attended the matches that he played as they were keen to see the mercurial Australian player in action.

Despite not scoring any tries, some of the tries that he set up truly displayed why many rugby fans consider him to be one of the most skilful rugby players on the planet.

The video has already gained 3,000 views in an hour, it seems fans are still keen to see the Australian in action.