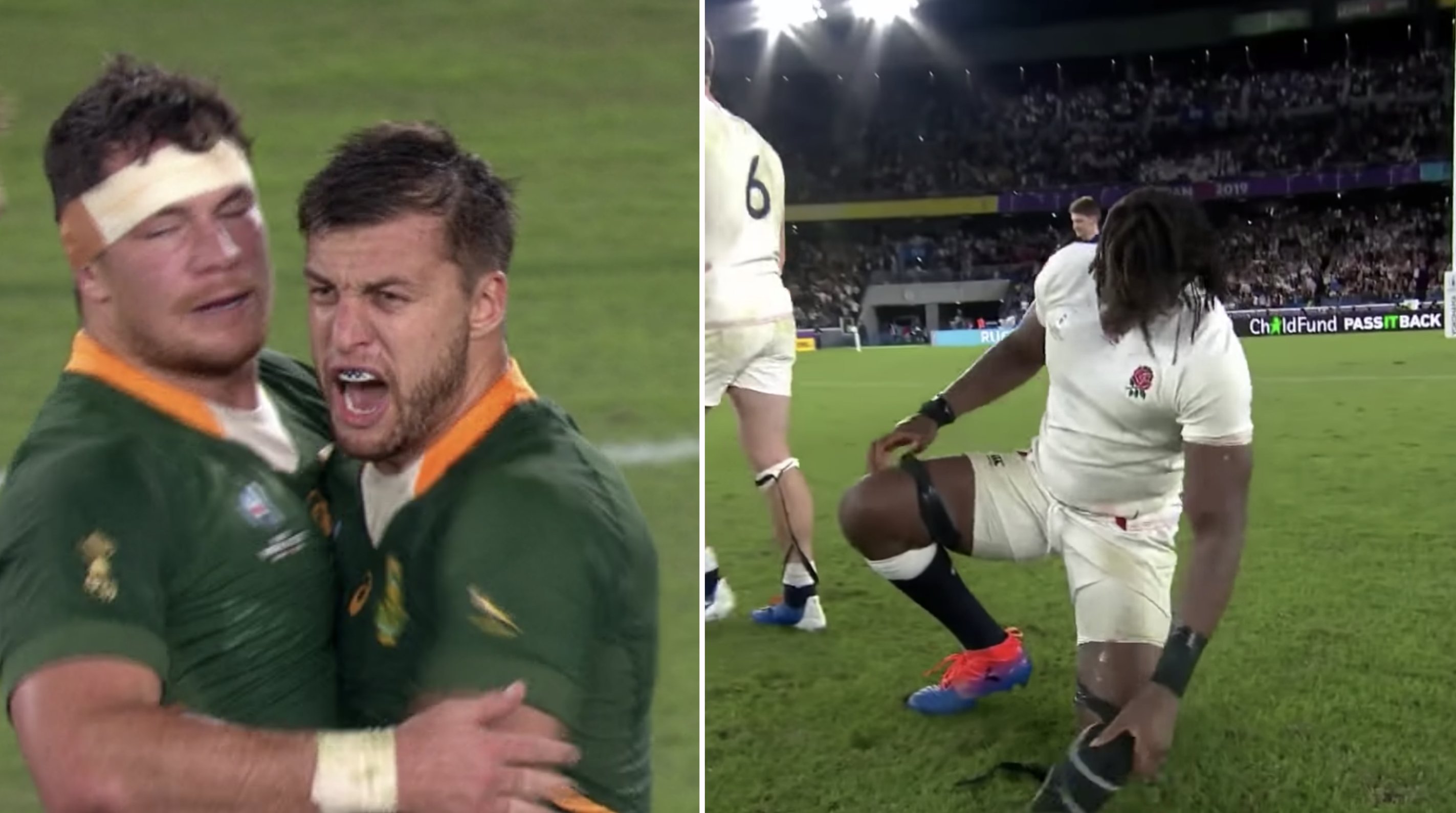 We understand that this post may very well ruffle a few feathers for fans that do not agree with the stance that we take in this article. And that is fine. But this does speak volumes.

England and South Africa will face each other in a World Cup final, 12 years after both of the teams faced each other in the 2007 final in Paris.

England go into the final as marginal favourites after an incredible win over tournament favourites New Zealand.

South Africa have powered themselves into the top 2 with a laboured win over Grand Slam champions Wales.

The topic of this article has arisen after a clip on Good Morning Britain spoke about the body language of both teams going into ths game.

The hosts and Ugo Moyne spoke about how England barely celebrated their victory over New Zealand compared to the reactions of the South African team.

On review of the final whistle scenes of both games, we simply have to agree.

If we look at the final whistle scenes as England defeated New Zealand, there was no massive cheering, screaming or air punching from the men in white.

From this clip, Henry Slade appears to be the only exception.

There is almost a neutral emotion from the English players here.

If you contrast that with the reaction of the South African team on the final whistle. It is almost entirely different.

The South Africans, as the host on GMB said, acted as they had already won the World Cup.

We understand that the game between Wales and South Africa was a far closer affair, but there didn’t appear to be that same calm manner from the men in green.

Look at the reaction from the South African team on the full-time whistle and see the contrast.

Now we understand that this may be reading into this too much.

If the England vs New Zealand affair had been far closer then we would have probably seen bigger celebrations. This was still massively impressive to see and interesting from both perspectives.

We invite South Africans fans to comment on this as we may very well be wrong about this. We thought this spoke volumes.